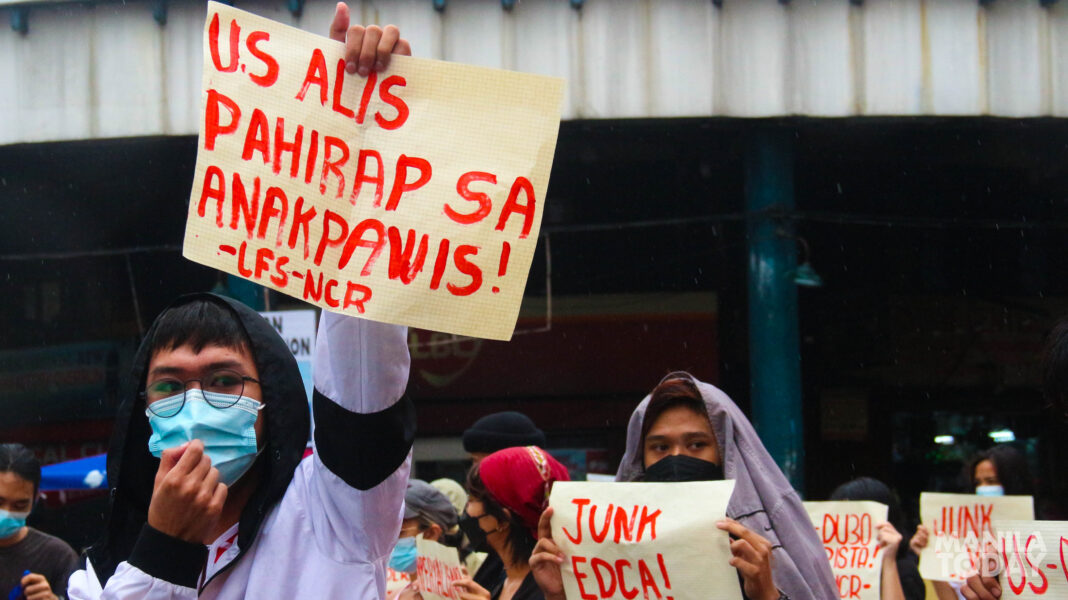 Various youth formations led by League of Filipino Students (LFS) National Capital Region (NCR) chapter protested along the busy streets of Avenida in Recto, Manila despite heavy rains. Today is the 44th anniversary of the group, one of the oldest and still-active progressive youth organization in the country and the leading anti-imperialist student-led organization of the Filipino youth.

“Now that we are faced with the leadership of another corrupt, oppressive, fascist and thieving regime, it is a challenge for us to inspire, organize and mobilize even more young people to oust it. Let us fight for true freedom and democracy,” LFS NCR said.

The group recalled their vital role in overcoming the dictatorship of Ferdinand Marcos, Sr., whose birth anniversary is also on this day.

The group was instrumental in campaigns to uphold and defend students’ rights and welfare in the campus, leading the Soto-Enrile Accord that led to the UP-DND Accord, protecting incursions of the police and military inside UP campuses and arrests of students in the then-burgeoning protest movement against the Marcos dictatorship.

The group staunchly defended the youth’s right to education, further calling for a nationalist, scientific and mass-oriented education instead of the commercialized, colonial and repressive education system in the country up to present.

It then advocated for true freedom and democracy in the country wherein the youth can truly contribute to nation-building, instead of becoming cogs in the wheel of a status quo that favors the rich in this country and foreign countries that hold sway in the country’s economy, politics and culture.