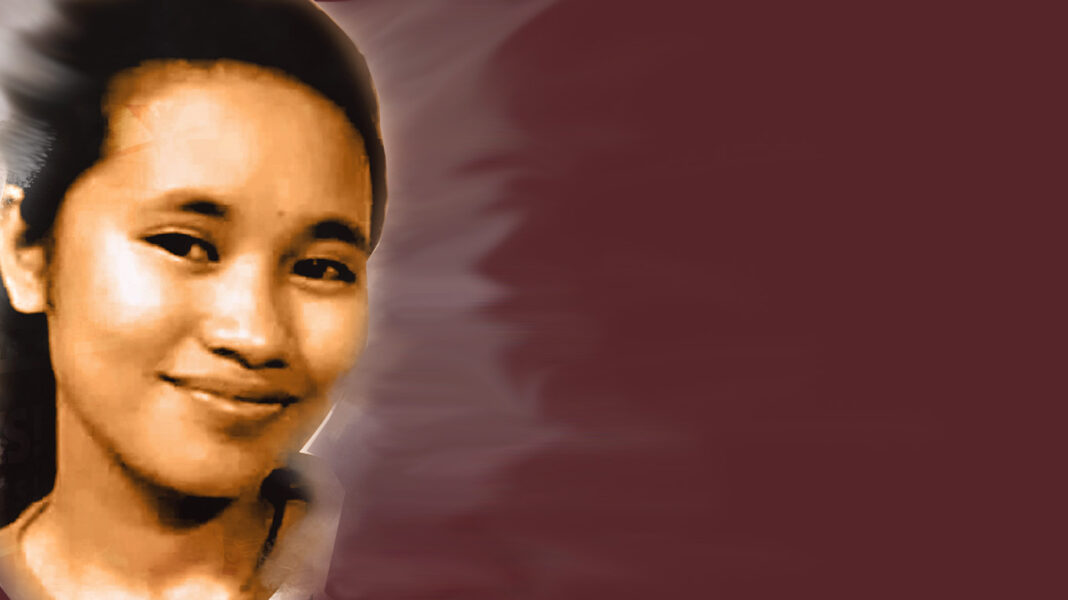 Groups renewed calls for the release of political prisoner Reina ‘Ina’ Nacino, who is now in the fifth month of her pregnancy. Nacino has spent almost her entire pregnancy in jail, since she was arrested in a police raid of progressive group BAYAN Manila’s office in Tondo on November 5 last year.

Nacino was arrested with Ram Carlo Bautista, BAYAN Manila PSC director, and Alma Moran, an education staff of Manila Workers Unity Educational Staff. Nacino, a member of urban poor group Kadamay Manila at the time of her arrest, is imprisoned in the Manila City Jail Female Dorm. They were detained on ‘trumped up charges’ based on ‘planted evidence’, according to their organizations.

“Given that the environment of a crowded jail is already unhealthy as it is for a pregnant woman, the threat of COVID-19 adds up to the risks she faces. The detainees’ situation is nowhere near safe against the possible risk of getting the virus—most especially for people with weak immune system, the old, and pregnant women, said BAYAN Manila in a statement on March 30.

The group lamented that the government’s provisions for jail are insufficient, especially for a pregnant woman like Ina.

“If they fail to resolve medical crises outside the jail, how much more inside where hundreds of prisoners have to fit within limited amount of resources?” BAYAN Manila said in a statement on March 20.

BAYAN Metro Manila said the conditions in city jails have deteriorated over the years especially after the government intensified its ‘war on drugs’. They said many drug suspects and users, who are mostly from urban poor communities deprived of legal aid, are detained in overcrowded cells awaiting the disposition of their cases.

“A virus outbreak in prisons could strain the resources of the government which is already scrambling to address the impact of COVID-19. It is a health crisis waiting to explode if no immediate action is enforced,” said the group in a statement.

Musicians for Peace also called for the release of Nacino.

“Ina became a member of Musicians for Peace in 2014. We, cultural workers and advocates of people’s music, call on the immediate release of our pregnant colleague. If the government is truly looking after the welfare of the most vulnerable at this time of world health crisis, they should immediately act and release Ina from prison,” said the group.

Anakbayan NCR also called for the release of Nacino who was a member of the group during her college days.

“Like most of the political detainees, Ina Nacino is facing foolish cases like the illegal possession of firearms and explosives, like in many cases of arrests on ‘planted evidence’ in the last two years after the cancellation of peace talks of the Philippine government with the revolutionary government represented by the National Democratic Front of the Philippines,” said Anakbayan NCR in a statement.

The group said Nacino is one of the victims of Oplan Kalasag, the NCR counterinsurgency program of President Rodrigo Duterte’s administration. Anakbayan NCR said the program is “designed to silence all government critics inside Metro Manila and impose a military rule inside the region through the Joint Task Force to End Local Communist Armed Conflict.”

On March 25, the United Nations (UN) High Commissioner for Human Rights called on urgent action from governments “to protect the health and safety of people in detention and other closed facilities, as part of overall efforts to contain the COVID-19 pandemic.”

“Now, more than ever, governments should release every person detained without sufficient legal basis, including political prisoners and others detained simply for expressing critical or dissenting views,” UN High Commissioner for Human Rights Michelle Bachelet stressed.

As of March 28, 2020, there are 609 political prisoners that are in various facilities in the country; 63 of them are sick, many afflicted with life-threatening and debilitating illnesses, and 47 are elderly, according to human rights alliance Karapatan.

Karapatan said among the political prisoners that the government must immediately release for humanitarian reasons are:

On March 31, Karapatan will lead an online campaign to urgently appeal for the release of prisoners—including political prisoners—in the country on just and humanitarian grounds amid the threat of the COVID-19 pandemic.