Home NEWS Groups call for an impartial investigation on killings of two farmers in... 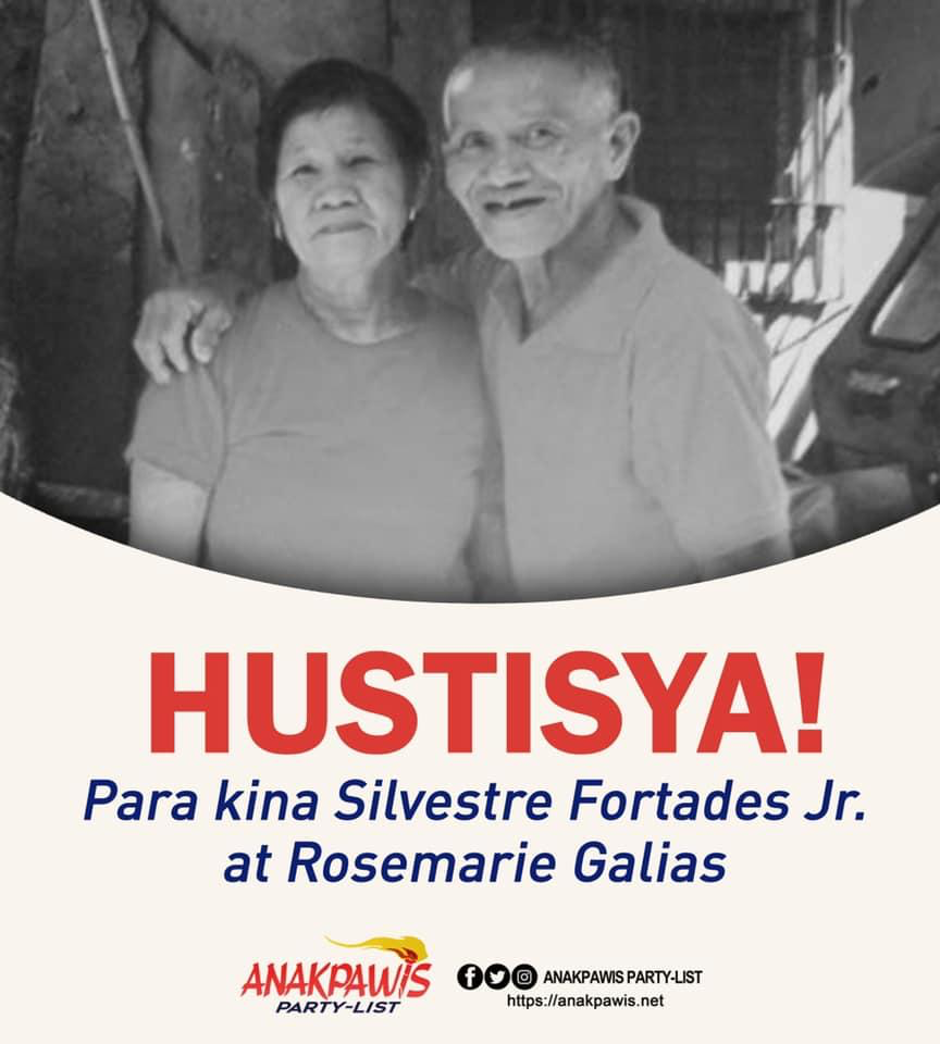 Farmers rights group Kilusang Magbubukid ng Pilipinas (KMP) and Anakpawis Partylist called for an impartial investigation on the killings of a farmer-vendor couple in Sorsogon on Sunday, January 15.

The victims, Silvestre Fortades Jr. and his wife Rose Marie Galias, were reportedly selling agricultural produce when they were shot by two pairs of motorcycle riding-in-tandem gunmen.

Prior to their deaths, the two were members of Anakpawis Partylist-Sorsogon and KMP’s provincial chapter, Samahan ng mga Magsasaka sa Sorsogon (SAMASOR).

KMP noted that this incident puts the death toll of peasant victims to 347 under the Duterte administration.

“We urge an impartial investigation of this latest brutality against farmers, especially for it occurring under a nationwide election gun ban and amid continued red-tagging against KMP and Anakpawis,” said KMP Chairman Emeritus and Anakpawis Chair Rafael Mariano in a statement.

Calls for a fair electoral process

Mariano stated that this incident “puts into question the fairness and peacefulness of the upcoming elections.”

He recounted how state forces continue to harass peasant farmers and duly-registered party lists through state-funded black propaganda, which according to him, counters the purpose of a fair electoral process.

The former agrarian reform secretary recalled an incident of a targeted scheme against their party list during the 2019 national elections which led to the arrest of Anakpawis-Bohol coordinator Alvin Fortaliza on trumped-up charges.

“We condemn the continuing vilification and harassment promoted by state agents such as the NTF ELCAC. State-funded black propaganda against lawful and duly-registered party lists run counter to a fair electoral process. It must not be tolerated and be stopped,” Mariano asserted. Mariano emphasized that red-tagging and impunity under the current administration made farmers “easy targets” of violence and killings.