Home CULTURE For the future 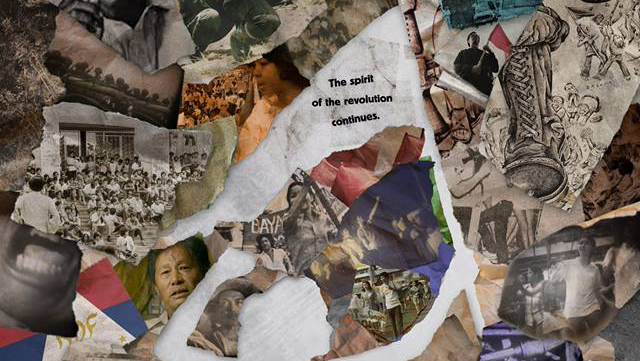 Last October 7, Bantayog ng mga Bayani held a special screening of History of the Underground. Directed by Sari Dalena and Keith Sicat, the documentary focused on how the last 30 years has shaped the nation by delving into the stories of revolutionary figures and movements.

The two hours and 45 minutes documentary was seven years in the making. The tremendous amount of effort has truly been worth it. One can clearly see the amount of work that has gone into the making of the documentary. Reaching out to people and getting them to share their story is not an easy task, and not everyone agreed to be interviewed. Going to the original locations where the Communist Party of the Philippines and New People’s Army were founded or travelling to Utrecht to interview Jose Maria Sison and Julieta de Lima-Sison shows the dedication the directors had to tell the revolution through the people’s eyes.

The documentary was successful in capturing the struggles of activists, intellectuals, and revolutionary leaders. A lot of people have been interviewed and the audience can see the telling of a story through different perspectives and lenses. They may come from different backgrounds and the manner in which they tell their stories differ, but they all tell one thing – the tale of struggle.

Through the interviews, interviewees were able to reveal what they have experienced and impart what they have learned. They shared how they took action against the oppressive rule to fight for the rights of the Filipino masses. The documentary touches a controversial subject matter that some people avoid talking about, fearing to be too “political” if they do so. What the documentary has effectively shown is that not taking a stand is, in fact, taking a stand with the more dominant power, thought, circumstance or system in place. Looking at the bigger picture, the interviewees put aside their personal goals to fight for what is right.

It is not just the output itself that is so important, but the impact it has on the audience as well. Having an in-depth documentary like History of the Underground encourages more filmmakers to produce similar works and continues the discourse of revolutionary struggles in the country. This discussion must never stop nor quiet down because this matter is of importance to the national identity. A documentary such as History of the Underground deserves to be watched by everyone because it shows the past: an important part of Philippine history; the present: how the fight continues on; and, the future: what might happen if we do not take action.