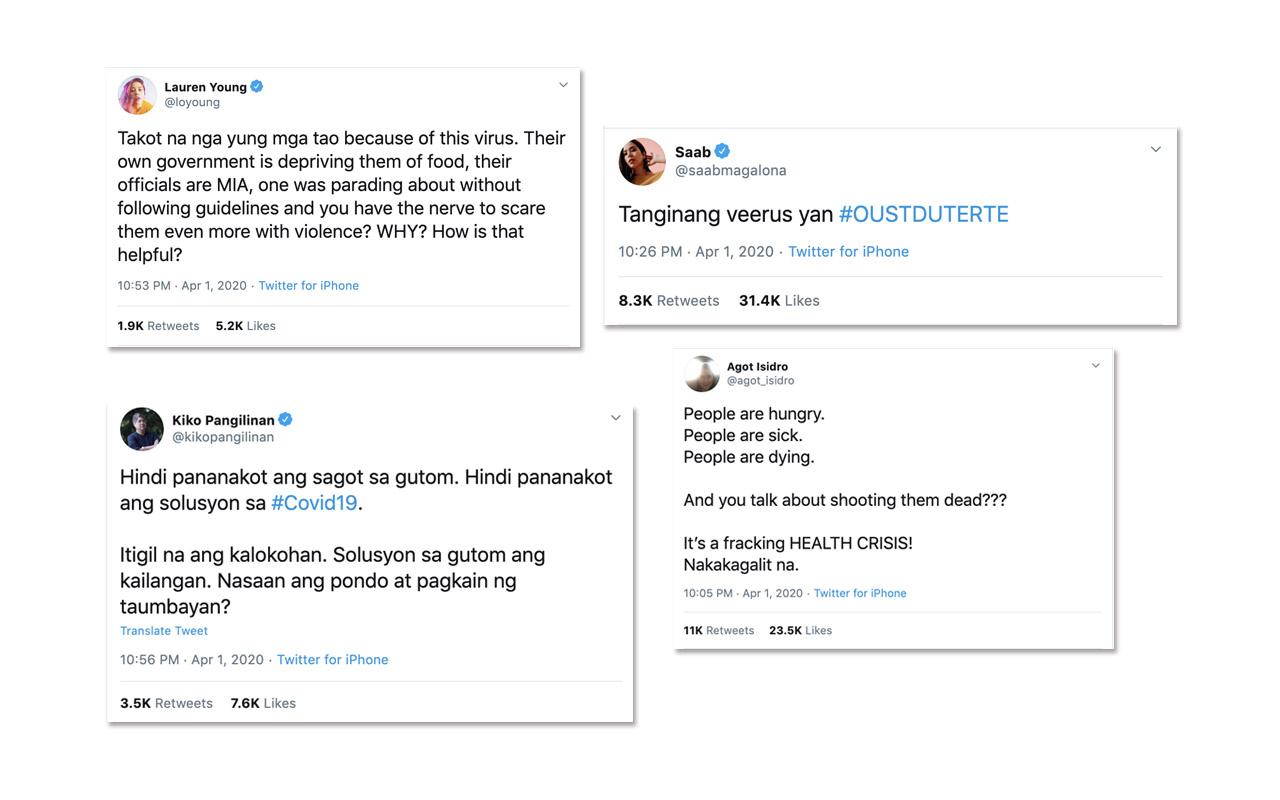 President Rodrigo Duterte’s surprise public address on April 1 shocked many with his usual cursing–because of his reaction to the protest of hungry Filipinos due to the lockdown and possibly referring to any or all quarantine violators.

Duterte must have been uninformed how many have been called out and cancelled for their ‘privilege.’ His words, as the president who has just been given his way with a total lockdown without a mass testing despite public clamor and additional powers to move around P275 billion funds from the 2020 national budget, came across as most unacceptable. It made #OUSTDUTERTENOW #OustDuterte2020 and #peoplepower trending topics on Twitter in the Philippines and worldwide. Around 280,000 tweeted #OUSTDUTERTENOW before midnight.

Celebrities have been reacting vocally amid the lockdown, themselves not immune to total work and movement stoppage. Many became more vocal since Duterte’s 8-hour delayed public report on March 30 on the first week of additional powers that they also found lacking of concrete plans and clear report on where the P275 billion funds to address COVID-19 outbreak will go.

You can call me laos, starlet or pokpok all you want cus of how I tweet my opinions about our government. But he sought after this position – and I don’t agree with whats happening. Sorry if the truth hurts but you can’t deny it especially when its staring right at your face.

And you talk about shooting them dead???

Some politicians also weighed in.

As things are turning out, COVID-19 is not the worst virus in our country. There are some that are worse. Unfortunately, they make decisions.

#OUSTDUTERTENOW became a trending topic on Twitter in the Philippines and worldwide, the negative reaction to Duterte’s impromptu televised speech registering more than 300,000 tweets by midnight of April 2.