Home OPINION The Cannibalzation of University of the Philippines General Education 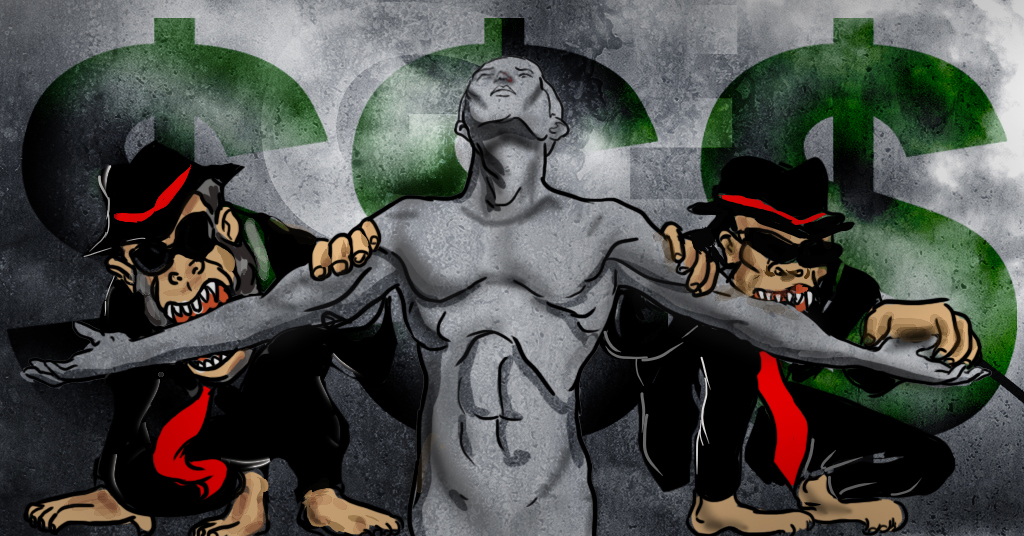 Vilfredo Pareto, an Italian reactionary economist, once said that we should not trust the vendors of ideas in the market place because they are not peddling ideas but merely impelled by their vile motives. This hermeneutics of suspicion must also be cast against those who are currently peddling the ideas that general education (GE) must be reformed to suit our new social condition. The efficiency-driven tenured cabals in our university are now asserting vigorously the reform of GE program in the name of promoting the good of the nation and the University. But is it really for the good of the university or merely the propagation of neoliberal scheme to adjust education to the needs of global capital?

Obviously, the envoys of capital do not directly sell their ideas to the University. No University administrator or faculty will openly sport reforming the general education by shouting, DOWN WITH LIBERAL ARTS EDUCATION! Or, TO HELL WITH HUMANITIES! The envoys of capital enter the sacred channels of the University surreptitiously through the backdoor. They operate through the dominant business ideas that also permeate the University. And the academics cabals that worship these creeds as well as the bureaucrat captains of University education digest and disseminate these ideas through consultations with big businesses and their liaison officers. In return the envoys of capital promise guaranteed and better jobs for graduates, more endowment funds, professorial chairs, buildings and halls. Now, to make these ideas and profitable deals respectable among the tenured academics busking in the ivory tower, these ideas must be bedecked regally as dignified ideas that can claim the right to be heard in the solemn meetings of tenured academics pursuing scholarship for its own sake.

But the cabals of neoliberal capitalism cannot argue for the complete abolition of general education. That is party suicide. Hence they opt for a defensible position, something that members of the sacred professoriate with centrist political ideology can support. And so they make conferences, they lobby, and they appeal to emotions of students to reduce GE units from 45 to 21 in the name of campaigning for change. And the apostates among the professoriat who question these changes are put in the embarrassing position being reactionary academics who do not want change! But why 21? Why not 24? Or if they really are dire serious about making their majors graduate on time, 12 or 15? Or perhaps 3? Would the least number of units not satisfy their thirst for efficiency and specialization? Ah, but 15 and 12, odd and even doesn’t matter, will be shoot down immediately by the academic community. That would be a big joke. “Reformers” risk being lampooned in the academic debates. Tactically, they claim they already agonized and compromised for 21 units. With numbers and tactics on their side, the cabals of neoliberal reformers won the day! But is liberal arts worth fighting for? Is it even a lost cause?

Historically, general education in the west is a reaction against liberal arts education itself. In the 19th century liberal arts education was used exclusively to educate the gentlemen (women were considered not fit for such education) from the upper classes who could afford luxurious education. The first general education program created in Chicago University by Robert Hutchins, its President in 1931, was designed for training the aristocratic gentlemen. It was also partly a reaction against growing specialization and the need of industrial capitalism to train workers who have a minimum knowledge that they can productively employ in the shop floors and factories while still appreciating the culture and leisure of the bourgeoisie. General education, once taught to the working class students, became a democratizing education that allowed the working class students to have access and share in the elite culture. Earl McGrath at Columbia established the Journal of General Education, and in the first edition claimed that general education was the unifying element of a culture. McGrath created one of the most quoted definitions of general education as “a common core of learning for the common man.” And as good colonials, the University of the Philippines shared the same view of general education until the cabals of academic capitalism came and conquered the day.

The technocratic definition of GE, a colonial implant, to counterbalance specialization has been the hallmark of UP education. But it must be added that this is not only a reflection of its colonial aping of American higher education, but also a reflection of semi-feudal economic situation of the country. Having a backward economy and heavily dependent on export, our country capitalizes on its comparative advantage that lies in producing quality graduates and work force that have solid liberal arts training yet auctioned for cheap compensation.

Today neoliberal global capitalism that revels in fragmentation, pluralism, and celebration of differences does not sit well with this classical tradition of general education. Capital accumulation must be sensitive to local cultures, including higher learning institutions, so it can better dispose the public of its power to check and to regulate capital. So change is the order of the day. Translated to policy this means giving freedom to units, campuses, colleges, institutes, and department to define their own curriculum independent of other academic bodies. The once united sacrosanct University gives way to balkanized church whose sects scramble to make their courses efficient to earn the distinction of being the best among other competing sects. In this religion, efficiency cannot be attained when all units pursue a common goal. Innovation and downsizing, not shared goals, are the mantra of academic capitalism. Thus, academic programs that pursue not-profit goals, or courses not aligned with the neoliberal demand for balkanization, are made irrelevant. There is only one basis of unity, not to unite.

Under neoliberal global capitalism general education is no longer seen as providing common core values and erudition. That was the thing of the past. Such lofty vision for GE, which is a relic bourgeois democratic ethos of Enlightenment, was only viable under the industrial capitalist mode of production that wanted all its citizens to have a minimum education to achieve a semblance of democracy. Citizenship with duties and responsibilities need education to formalize bourgeois elections. Such bourgeois democratic ideals even forced imperialists to impose this program to colonized countries in the name of “civilizing mission”.

However under the aegis of neoliberal reform, the common core, essential learning standards of higher learning institutions are challenged as leftovers of a bygone era. General education is now blamed as the millstone that is pulling down the University from educating its students in competing fiercely for scarce goods in the labor market. Studying the classics or canons of disciplines are anathema to state-funded higher learning institutions that do not want to waste funds and foreign aids to wasteful education that does not have bearing on technical and vocational work. Once acknowledged as democratizing, general education is now seen as the final hurdle in releasing the full potentials of lifelong learners. Today, both outsourcing companies and highly specialized jobs can dispense with the common core courses. So the additional two years in high school, without the benefit of college degree, already qualifies any high school graduate for job competition. Free choice, the mantra of the academic cabals, who think that too much government intervention is shackling, is the supreme deity that even liberal arts connoisseurs in universities should genuflect.

So, is liberal arts worth fighting for? Historically, a qualified yes, because it has a democratizing effect on students by creating a common and shared cultural discourse. Qualified because we have to remember that the substance of classic liberal arts only befitted those who want to play the symbolic world of the middle class. Make no mistakes. Liberal arts education is a tool for embourgeoisement (or the education of the working class kids into middle class subjects with middle class aspirations and values).

Despite of or rather precisely because of this inherent class bias of general education, it cannot be an exclusive tool of the capitalists and their academic cabals in the University. Neither is it the mightiest Trojan Horse of Leftist tenured academics to tear down academic capitalism. When general education is left to the hands of academic bureaucrats and envoys of capital, when educators who are card-carrying members of academic capitalism Inc., are left alone to handle GE subjects, they will churn out well-trained citizen workers. Even the revolutionary lessons of history and the discussion of anti-colonial struggles and oppressed peoples of the world, when they are taught by reactionary tenured cabals in the University, do turn out as little “benevolent assimilation” missions to redirect the rebellion of the students towards careerism and political pessimism. Meanwhile those who heroically teach GE along the Kantian tradition of questioning all forms of authority, end up producing young Voltaires with “dangerous minds”, yet bereft of any ideological and political vision how to change society. This is the hallmark of bourgeois definition of general education: to immunize students so they will not easily be persuaded by propaganda nor influenced by Bacon’s false idols of the market.

But GE can do more than what the liberals and progressives teachers would like to limit it. General education can be a hammer for the working class students to smash the idolatry of the market and take down capitalism and consign it to the dustbin of history. General education can be the gravedigger for academic capitalism in the hands of critical pedagogues who teach to transgress the prevailing norms of a corporatized university. And this means, whether we reform general education or not, that educators and students who have the vision to create a better society, will always wield education, general education or not, to serve the emancipation of the working class and humanity.