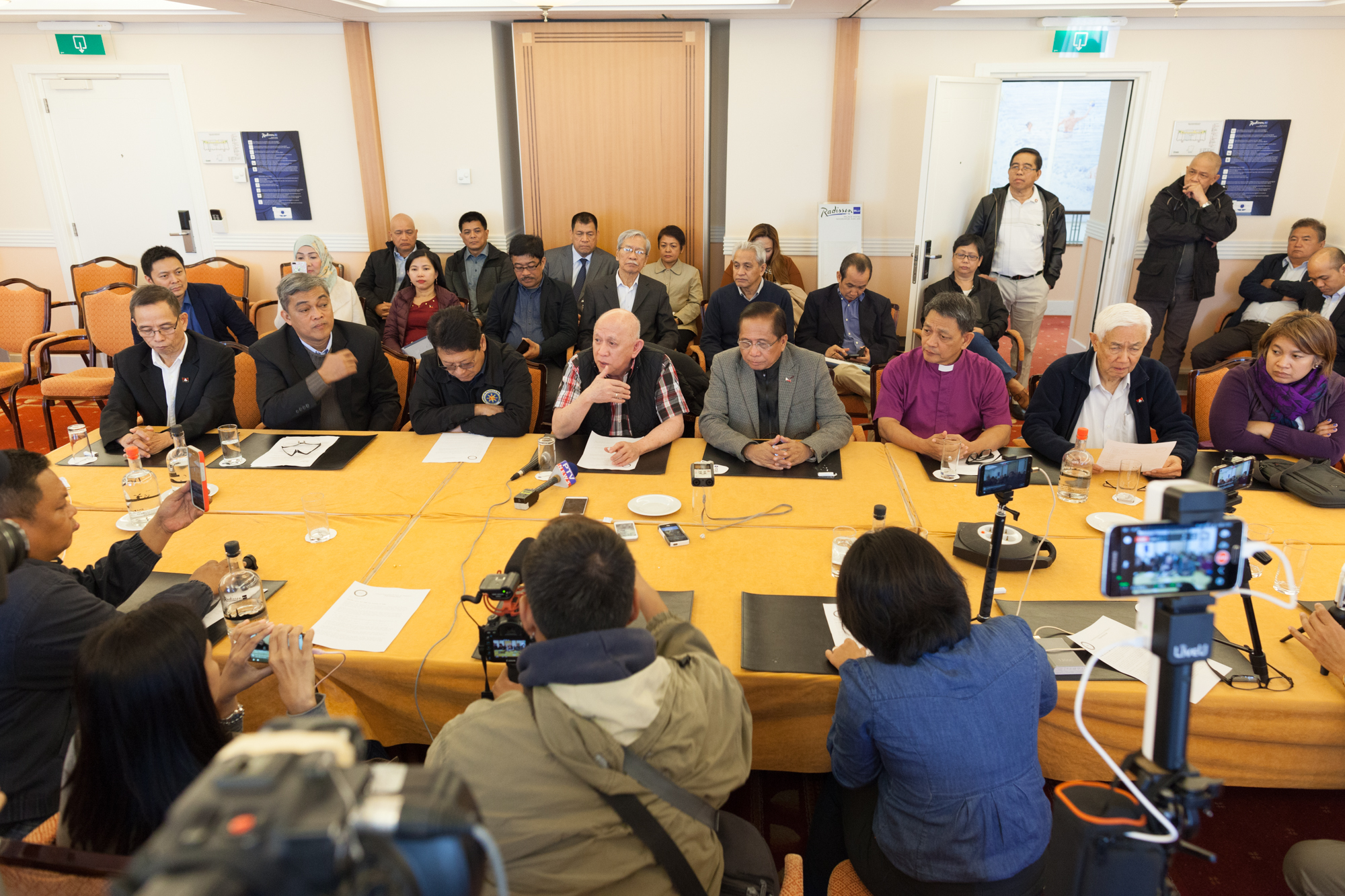 The Government of the Philippines (GRP) is looking to release 23 political prisoners as part of its commitment to the peace talks.

In the April 5 press con where the National Democratic Front of the Philippines (NDFP) announced the release of its prisoners-of-war, held alongside the panel members of the GRP, the GRP was asked whether there would be a ‘reciprocal’ release of the political prisoners.

“It will not be in the context of reciprocal. Both sides, I think, decided that in pursuant to the goodwill that is happening on the table to make those releases,” said Office of the Presidential Adviser on the Peace Process (OPAPP) Secretary Jesus Dureza.

The secretary said to “just wait” for when the releases would happen as they have to go through the processes.

“Just for everyone to understand, there was that earlier real commitment to commit those releases, we just had to go through the processes because many of them have cases in different courts and we had to deal individually with these courts. We’re attending to this,” said Sec. Dureza.

“There are three NDF consultants who have been convicted so the only mode for their release is pardon. The present NDFP consultants who are now present were released on bail because all their cases are ongoing. There are several categories respecting the political prisoners. We will deal with the categories and we have been cooperating with the lawyers on how to go about the release,” said NDFP Negotiating Panel Member Atty. Angela Librado-Trinidad.

Dureza further disclosed, “I talked with the president and he mentioned also this need to release also, kasi parang na-delay na rin ang proseso [cause the process seem to have been delayed]. After I talked to him, tatlong tawag ang Presidential Management Staff Office just to follow up specifically, tumawag sa amin [they called us]. That’s real effort.”

“There are cases which have been vetted already and which have been  recommended so there are still processes to be made. But, of course, the president already said that he will release,” said Atty. Librado-Trinidad.

Asked for a reaction, NDFP Negotiating Panel Chair said, “We welcome any efforts to release all the political prisoners because they have suffering for quite some time and it’s only just that they should be  released.”

“And in the same vein, the announced releases of our policemen and members of armed forces today is well-appreciated and well-received,” replied Sec. Dureza.

The press con was held on the third day of fourth round of the GRP-NDFP peace talks that would end on April 6.