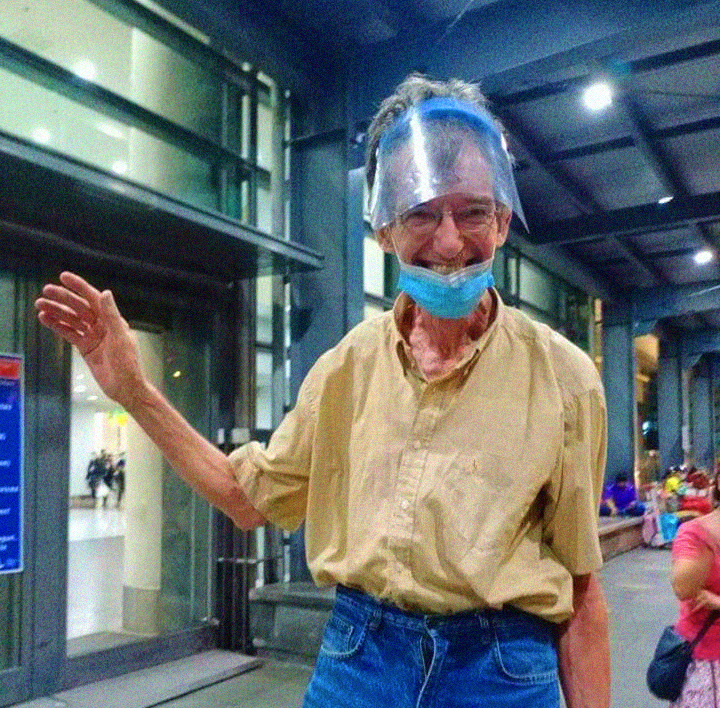 On May 3, the Dutch missionary and trade union rights advocate Otto de Vries traveled back to the Netherlands after three decades of living in the Philippines as a labor missionary and researcher for the Ecumenical Institute for Labor Education and Research (EILER) due to a deportation order from the Bureau of Immigration.

Otto lived in the Philippines for thirty years. He came to the Philippines in May 1991 to engage in pastoral work and to integrate with Filipino workers living in urban poor communities in the country.

For three decades, he stood firm to fought for labor rights and social justice. In fact, he even worked in the construction industry to completely immerse himself in the grim living conditions of the workers.

It is notable under the Duterte regime that red-tagging, suppression, and human rights violations against human rights defenders, social workers, and progressive organizations were rampant and became a staple controversy.

And EILER, where Otto volunteers, have also been subjected to red-tagging.

Engaging in terrorist activities was accused against de Vries by the National Intelligence Coordinating Agency (NICA). Such allegations including involvement in political activities submitted Bureau of Immigration resulted to the cancelation of Otto’s permanent VISA in the country and issued a deportation on February 3.

De Vries also asserted that he was not notified of any proceedings related to the malicious accusations of the NICA.

“Otto’s example has inspired many and this shall only strengthen our resolve. We will continue to fight for workers’ rights as he has done in the past three decades,” said EILER.

The crackdown against foreign missionaries is no longer an isolated case in the Philippines.

Back in 2018, Australian nun Sister Patricia Fox who lived in the Philippines for more than two decades had also been deported due to her solidarity and participation with the struggles in the plight of Filipino people.

“The case of Otto de Vries confirms what human rights organizations say about the Philippines: that the Duterte government falsely accuses those who serve the poor, the oppressed and the marginalized as communists and calls them terrorists. Whether you are a Filipino or a foreigner,” EILER added.

Meanwhile, De Vries arrived back in the Netherlands and greeted with warm welcome from Filipino and European friends on May 5.