Home OPINION STATEMENT Press freedom under attack, we fight back 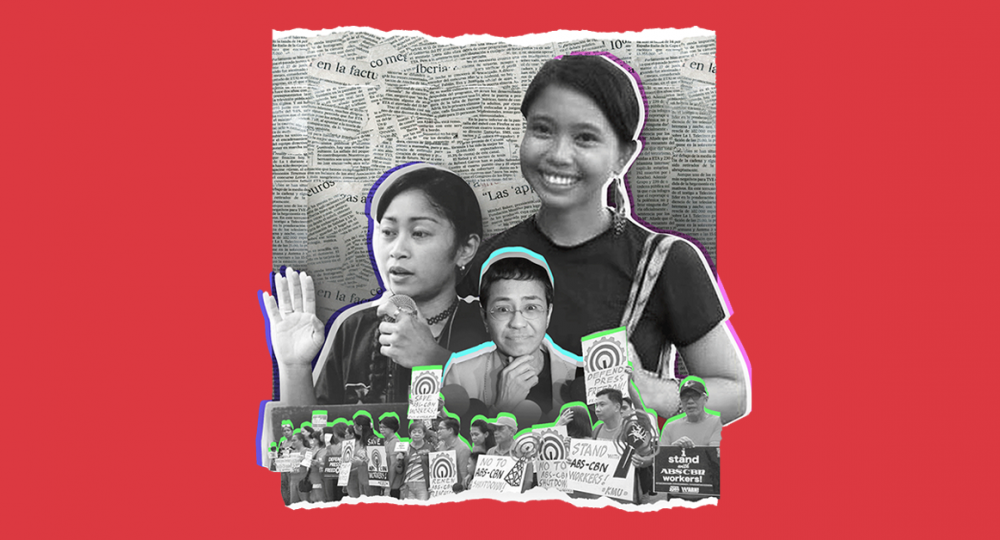 In the past year, the Filipino people have witnessed major attacks against the media, just to ensure that its own version of events will be reported. From shutting down ABS-CBN to attacking Rappler editor Maria Ressa, the administration’s message is as clear as day: when it comes to suppressing press freedom, there are no sacred cows except Duterte’s stalwarts.

This whole range of attacks meant that the alternative media community was not spared. Altermidya Network has recorded a total of 68 cases of press freedom violations since Duterte assumed power in 2016, ranging from threats and harassment, coverage restriction, illegal arrest and detention, up to attempted murder. In the early months of 2021 alone, red-tagging incidents against our community journalists – from the provinces in North Luzon to Iloilo City – abounded. The latest cases involve the arrest of two campus journalists, along with several activists, in Zambales and an attempted arrest of another campus journalist in Bicol. A former chapter chairperson of the National Union of Journalists of the Philippines was ambushed yesterday, on the eve of World Press Freedom Day.

Our colleague, Frenchie Mae Cumpio of Eastern Vista, remains in detention for more than a year now for accusations by the military that are without evidence, and for a crime she did not commit.

For the President’s spin doctors, the formula for zero dissent is to wash away the administration’s fatal blunders with intimidation, violence, and loads of misinformation. They think that they can preserve the “Duterte mystique” by playing over and over hallucinatory songs of greatness and false achievements, replete with staccatos that portray an imagined version of reality so far removed from the times.

They are gravely mistaken. The Philippine media community interprets these discordant and violent notes that attack press freedom as a desperate swan song – the final notes of an autocratic ruler reaching the end of his brutal reign.

United, journalists and the freedom-loving public must sing a song of unity, a ballad of fearless reporting and truth-telling. We must counter the raucous cacophony that is the Duterte administration and rewrite our nation’s hymn for freedom and democratic rights.

United, we must cry: Fight back! Defend press freedom!