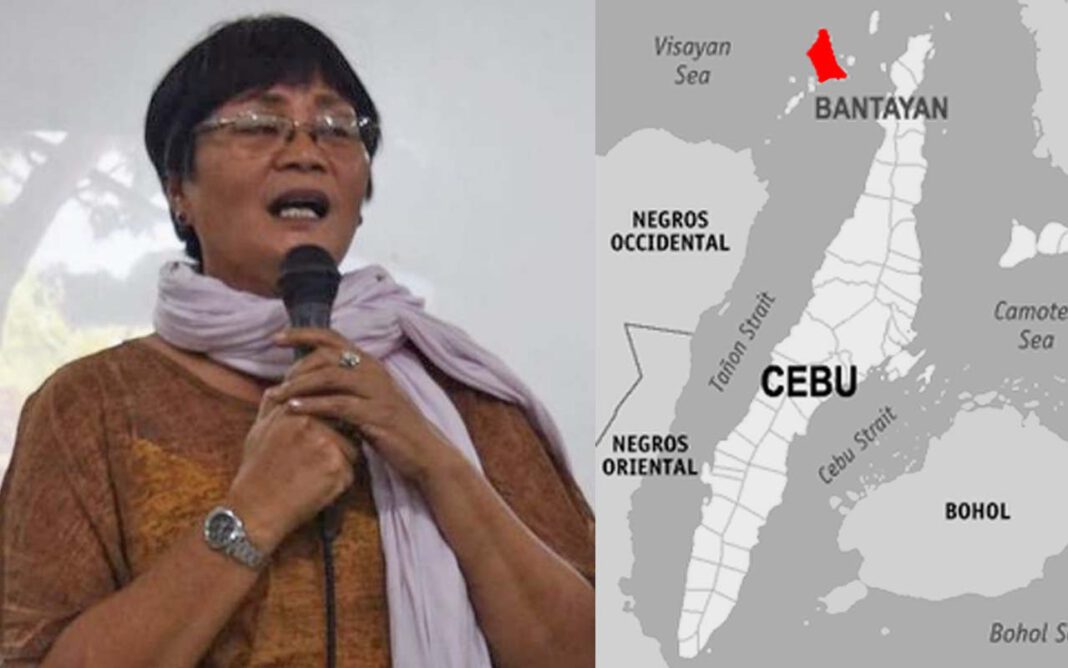 Last year on June 13, suspected military elements—four armed masked men in civilian clothes accompanied by two women—broke into Elena “Lina” Tijamo’s home in Barangay Kampingganon, Bantayan, Cebu and held back family members while they covered Tijamo’s mouth with tape, tied her hands, and took her away.

They heard one of the male perpetrators said, “Her husband committed a major offense” and another was overheard saying “This house does not recognize a government.”

Family and colleagues suspected that the perpetrators were state agents as they managed to easily transport Tijamo amid strict lockdown measures at that time.

She is also the Community Radio Coordinator of FARDEC in Bantayan Island, Cebu. The group maintains radio programs, knowing that this is the medium most accessible to farmers.

FARDEC relayed that on the night Elena was taken, her family members received text messages instructing them not to contact the authorities and Tijamo would be able to go home later.

Tijamo would be allowed to contact her family several times, always reminding them to take down any reports of her disappearance or she won’t be released, as her captors threatened. But she has not returned to this day.

Tijamo was abducted while the Philippines was on lockdown. Cebu was returned to total lockdown from June 16, hampering the family and FARDEC’s search for Tijamo.

Less than a month before her abduction, Tijamo reported to a human rights group that a man claiming to conduct a survey for elderly beneficiaries of COVID-19 financial assistance visited her home. There were no questions regarding the assistance, and she asked about her personal details instead. She later found out that the barangay had no knowledge of a survey.

Tijamo’s neighbors’ relayed that police officers were asking around if Tijamo’s family is originally from Bantayan before her abduction.

ASCENT Secretariat (ASCENT) said, “FARDEC has been repeatedly red-tagged and its staff members have suffered from threats and harassments from government operatives.”

The group noted that FARDEC was listed by the Department of National Defense as a “communist terrorist front organization” along with other non-government organizations (NGOs) in a House panel briefing on November 5, 2019.

Tijamo herself has been red-tagged by military agents in 2019.

Tijamo is not the first from the group to have been disappeared. Another FARDEC staff member, Fely Catalbas, was also forcibly taken in 2007. She has not been seen since then.

Two of its board members, Victor Olaybar and Mario Auxillo, were summarily executed in 2006 and 2007 respectively, said ASCENT.

Tijamo’s abduction took place while the much-protested “Anti-Terrorism Bill” in the Philippines was in the process of becoming law. Her disappearance was decried by human rights group Karapatan as an example of the dangers of red-tagging and counterinsurgency-centered policies amid the pandemic in the Philippines.