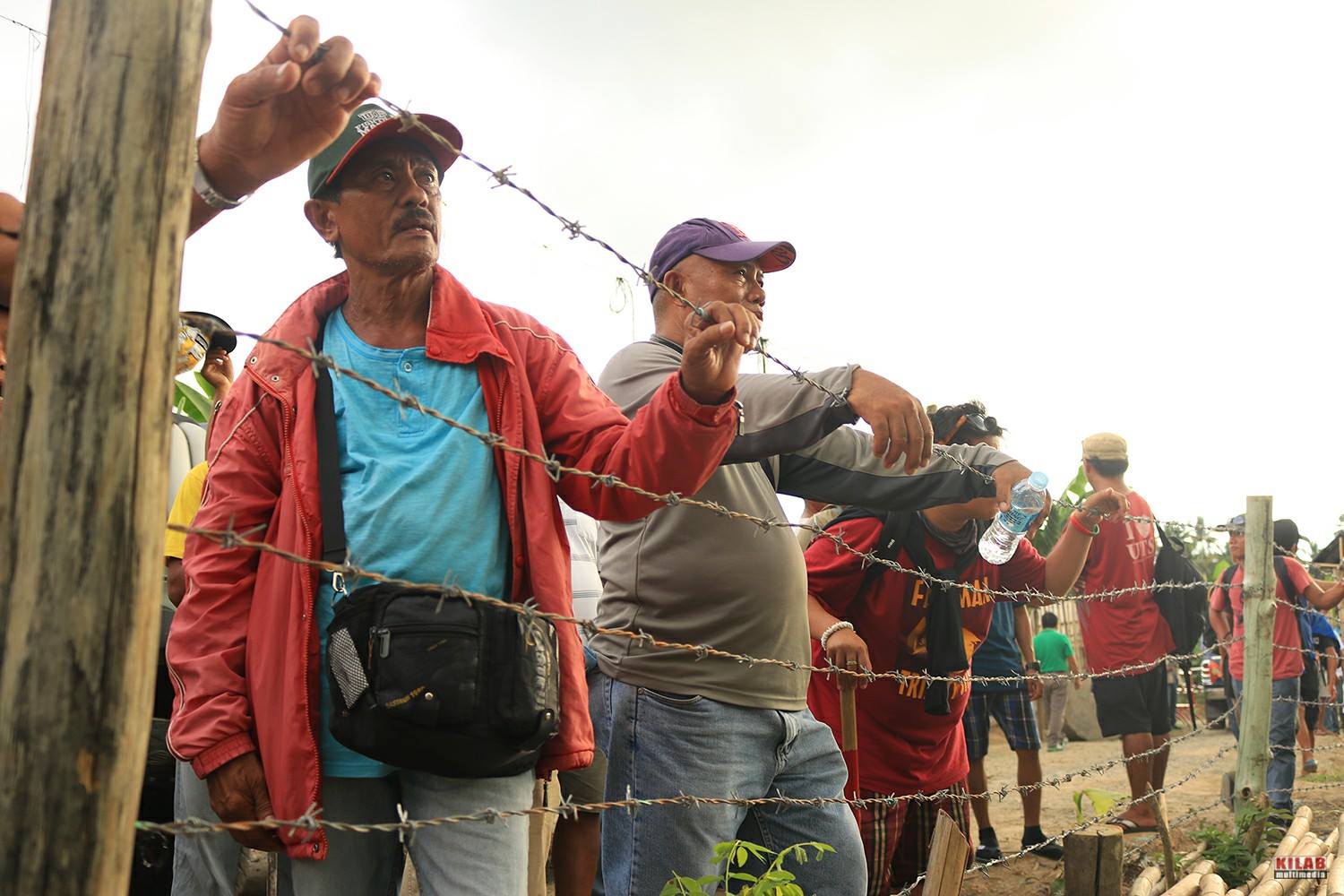 TAGUM CITY – Members of the Madaum Agrarian Reform Beneficiaries Association, Incorporated (MARBAI) cry foul and raise alarm over the continuing presence and harassments they are experiencing from the security guards of the Lorenzo-owned Lapanday Foods Corporation (LFC).

Agrarian reform beneficiaries complain that some 30 security agents of LFC return, set-up 7 guard posts and reinforced their barbed wire fences around the 20 hectare perimeter of the farmers’ land in Block 28-30 on May 19, a day after they were installed last May 18. MARBAI members also reported that an amphibian vehicle and an armored personnel carrier truck were spotted within the 70-meter radius near their main gate on the night of May 20.

Around 8:45 in the morning of May 21, members and officials of MARBAI with the chairman of Barangay Madaum, Rodrigo Pinago, confronted the guards at the Gate 30 and told them to leave the property.

Tension heated up as men in plain clothes recognized as LFC’s security guards insisted that they will not leave until they receive formal orders from the Lapanday management. One guard was seen loading his gun during the confrontation. The commotion only calmed down after guards were forced by the farmers to transfer post.

“We demand that DAR [Department of Agrarian Reform] intervene and issue an order for the immediate pullout and disarm all Lapanday guards so that we can start working on our lands. We remain in danger and in fear for our lives until the guards are here,” according to Mely Yu, President of MARBAI.

Yu added, “We are worried that the shooting incident of the guards against our ranks last December 2016 which wounded 9 farmers will happen again. We don’t need these guards to watch over us. We can guard our ranks and our victory for our lands from the Lorenzos.”

Members of MARBAI successfully reclaimed the 145 hectare banana plantation in Madaum, Tagum City in Davao del Norte on May 18 after a 4,000-strong delegation of farmers, families and their supporters destroyed the gates and fences of the disputed land.

The said action is also backed by the issuance of Agrarian Reform Secretary Rafael Mariano’s writ of installation last April and order from nonetheless President Rodrigo Roa Duterte to return the land to the agrarian reform beneficiaries during his visit at the protest camp of MARBAI members in Mendiola, Manila last May 9.

The 145 agrarian reform beneficiaries of MARBAI already acquired Certificates of Land Ownership Award for their 145 hectare land since 1996.

Sarah De Leon - Sep 25, 2020 0
Less than three months old, the baby of political prisoner Reina Mae “Ina” Nasino was rushed and admitted to the hospital on...