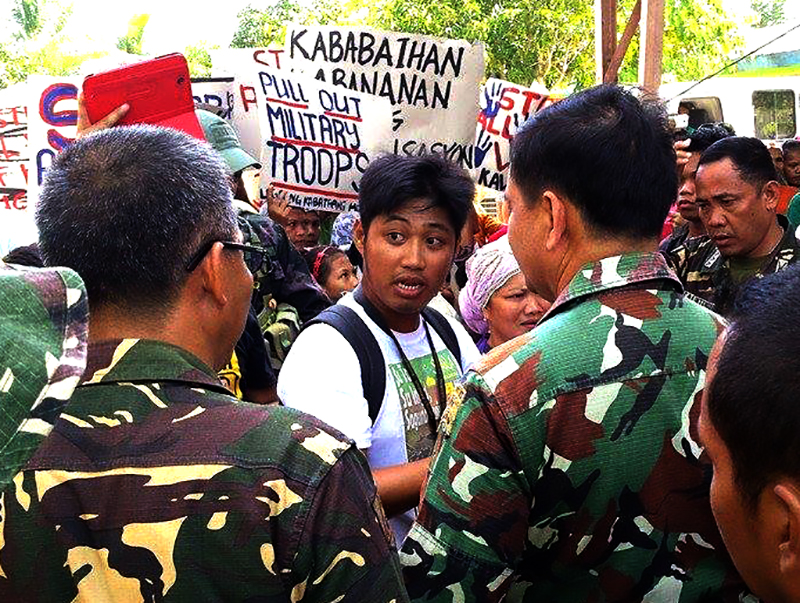 Suara Bangsamoro called on President Rodrigo Roa Duterte to command the Armed Forces of the Philippines (AFP) to stop its military operations and offensives, and to pull out their troops in Marawi City. They also asked government troops not to resort to aerial bombings and mortar shelling for this will only result to further civilian casualties of their Moro brothers and sisters.

Suara Bangsamoro believed that the Maute group would not heed such demands until the AFP continues their urban military operations in the province.

Suara Bangsamoro said that the Maute brothers and their men no longer believe that the Moro people’s right to self-determination can be achieved through deceptive peace negotiations.

Aba added, “For as long as the government fails to address the Moro people’s basic problems of landlessness, pervasive poverty, monopoly of landownership by Moro and non-Moro ruling elite, large-scale plantations and mining operations by foreign corporations and their local partners, government neglect of basic social services, lack of job opportunities, etc., the peace crisis situation in Muslim Mindanao and the whole Philippines will persist. “

“After all, these tagged terrorist groups belong to the poor and oppressed Moro masses who at one point participated in the historical struggle of the Moro people for land and genuine right to self-determination,” added Aba.

US hand in conflict

Suara Bangasamoro also saw the hand of the government of the United States of America in the ongoing crisis in Marawi through the involvement of the Islamic State of Iraq and Syria (ISIS).  According to them, ISIS is a creation of the US to justify their military presence and intervention in the Philippines and in other nations.

“We must be vigilant of the US agenda that the Maute group will be used to further deploy US troops in the country to strengthen US control and domination to us. In history, terrorist group like ASG was created by the US,” Aba said.

Suara Bangsmoro also called for a deeper investigation on reports that former Department of National Defense Secretary Norberto Gonzales, also tagged as a key person of the US in the government, was seen in a meeting with Abu Sayyaf Group (ASG) and the Maute group. The meeting, supposed to have happened in March this year, bore suspicions of US machinations as ASG was initially funded by Al Qaeda, like ISIS, in turn also exposed to be secretly funded by the US to promote instability in the Middle East.

“This is a challenge for the Moro people, not to allow our legitimate struggle be used to fodder militaristic interests of the US and their cohorts in the country,” Aba ended.

IN PHOTOS: ABS-CBN employees and supporters hold another noise barrage

IN PHOTOS: Teach-in on the anti-terrorism law as calls to junk...