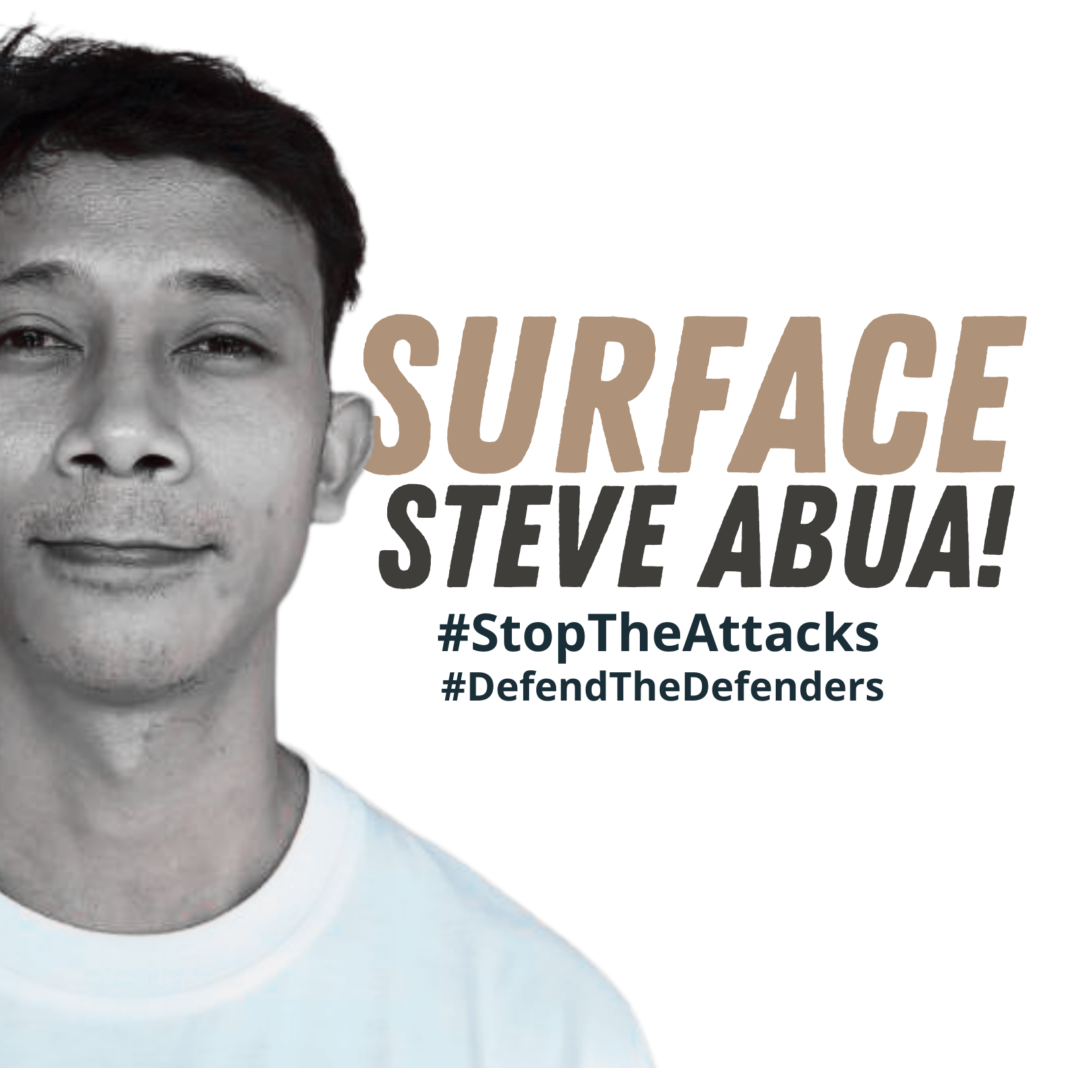 The wife of abducted peasant organizer Steve Abua wrote on Monday an open letter addressed to Vice President Leni Robredo about her concerns regarding her support for the National Task Force to End Local Communist Armed Conflict (NTF-ELCAC).

On Friday, November 26, Vice President Robredo met with Armed Forces of the Philippines (AFP) officials in a security briefing and she expressed her support for the anti-insurgency campaign of the government and the NTF-ELCAC.

With Abua still missing, his wife, Johanna Abua, maintained in her letter her belief that the government is behind her husband’s forced disappearance.

[I strongly believe my husband is being held by the government’s armed forces.]

She also added that fellow members of her husband’s peasant organizations, Alyansa ng Magbubukid sa Gitnang Luzon and Kilusang Magbubukid ng Pilipinas, have experienced the same attacks of red-tagging, harassment, and persecution from the NTF-ELCAC.

[They no longer discern on whom to arrest and accuse as NPA.]

With this, she called on Robredo to not support the NTF-ELCAC and instead push for its abolishment.

In the last part of her letter, she expressed her desire to talk with the Vice President to seek help in finding her husband.

[I wish to speak with you and ask for your help to find Steve.]

Also, she wanted to tell the stories of several victims of the NTF-ELCAC.

[I want to tell you about and show that there really is a Steve and a lot of other victims and we are not simple numbers in a report. As a woman, I know you would understand my situation and how I feel. I hope you read this and allow this request from a simple Filipino citizen.]

Karapatan, a human rights group, expressed disappointment towards Robredo’s support for the function and mandates of the NTF-ELCAC.

“Addressing the root causes of the armed conflict cannot include violations of human rights and International Humanitarian Law. It should focus on breaking the chain of oppression and exploitation that has impoverished and shackled Filipinos,” Karapatan said.