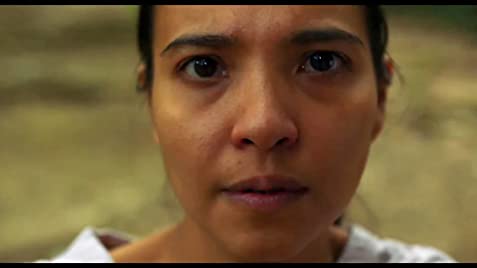 There is no shortage of films that tackle drugs and extrajudicial killings in Philippine cinema, with filmmakers trying their best to carry on with their aspirations to create subpar action-thrillers while showing that they, too, can deliver an advocacy without making the film feel like propaganda.

Watch List follows the story of Maria (Alessandra de Rossi) who is left to provide for her three children after the murder of her husband, shot dead on the street by vigilante killers, left with a familiar sign scrawled on cardboard left beside the corpse: “PUSHER AKO. WAG TULARAN.” (“I am a [drug] pusher. Do not imitate”). She then becomes drawn into the web of a cop which presents her with an offer to work for him in exchange of removing her name from a “drug watch” that is, for all intents, a warrant for execution. It was at this point that the film truly begins.

Ben Rekhi’s Watch List didn’t seem like anything new. What sets it apart, however, is how it effectively leads the viewers through eerily familiar grounds. It takes on a lot, including the cycle of poverty that encourages the drug trade, the ethical lines erased by violence, and how easily people can be sucked into a vortex they didn’t mean to get into in the first place.

President Rodrigo Duterte’s Oplan Tokhang has received its (more than) fair share of criticism, and Watch List is clear on its intent to paint in detail the perspective of various human rights groups and civilians on their take on the government’s war on drugs, highlighting police misconduct with their ruthless killings and planting guns and drugs as evidence, and their effects on poor families.

It is a captivating thriller worth watching.