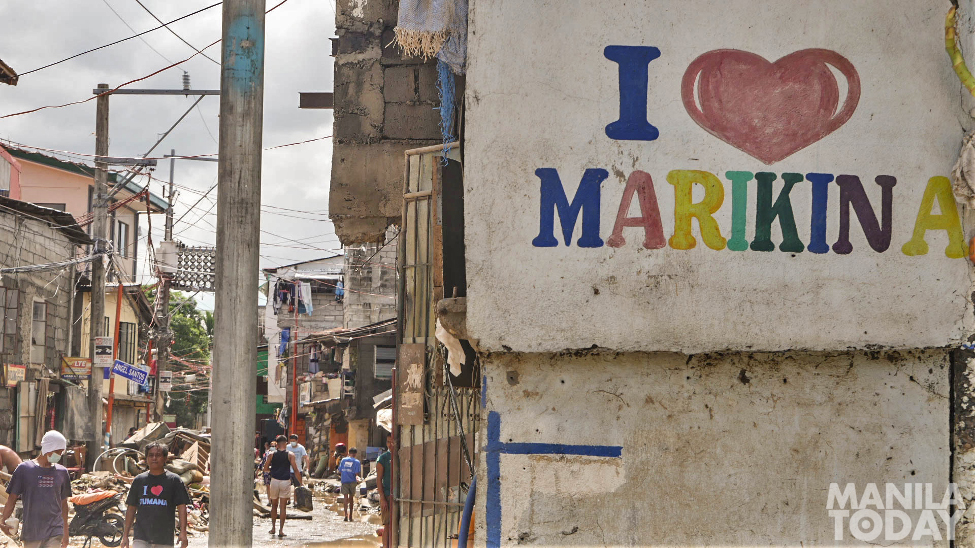 Marikina City is among the hardest-hit areas in Metro Manila and by typhoon Ulysses.

Residents from 9 of its 16 barangays called for rescue as the floods displace people in their homes on the wee hours up to the rest of the day on November 12. Residents from Tañong, Malanday, Tumana, Concepcion Uno, Nangka, Industrial Valley Complex, Barangka, Sto. Niño, and Jesus dela Peña were severely affected, and in some of them the whole barangay was affected.

Most houses, livelihoods, and other belongings were swamped by heavy mud and flood waters brought by typhoon Ulysses whose strong winds and rain started to pummel Luzon on November 11. It left on the morning of November 13.

Barangay Tumana, which lies parallel to the Marikina river, felt one of the most dreadful impacts caused by the typhoon. Part of the barangay was a said to be a component of the riverbank, but it has been converted into a fertile land and also home to many. In 2015, it is the 4th most populous barangay in the city of Marikina.

The flood washed away the personal properties of barangay residents. These belongings destroyed by the flood that can no longer be saved are swept in piles along the road.

Some residents said that the typhoon Ondoy (intl name Ketsana) is stronger than Ulysses as though latter reached up to half of the second stories of their homes, while the former had totally submerged their whole house. However, this not to undermine typhoon Ulysses from the extent of damage caused to the residents of Tumana who have been struggling in the face of various socioeconomic conundrums due to the COVID-19 pandemic.

Since 1995, Nanay Teresita could vividly recall the strong typhoons that hit their area and its adverse effects.

Of her more than 30 poultry chickens, only two had survived.

She stressed how painful it was for her family to start anew with only seven weeks before the year ends.

Having survived, what now saddened her the most is when her pet dog was among those drowned in the murky waters. She also felt guilt thinking if only she had been able carry her dog, when she also just escaped with her life.

Now, she has to wash off all the mud from what’s left from her belongings and try to pick up their lives.

The 20-year old freshman student shared how he had prepared for a school report in an online class for Wednesday afternoon, when the strong winds struck and flood was quick to reach the doors of their house.

He also said he sought some of his classmates to share his situation.

Jude is currently enrolled through online class learning scheme. Before the typhoon, he only asks to borrow internet connection from this neighbor. In the hours after the typhoon, he sought the evacuation center to charge his phone in hopes there is a way for him to continue his online schooling.

Houses do not have electricity and water supply yet. More than 13,000 are in the evacuation centers. People and the local government are still calling for help from the national government–who said ‘help is on the way.’ People waited for hours for rescue–to them it felt like eternity or the end. They are waiting still for help to come–hopefully not for more hours, for eternity or until these people will reach the end of their own means to survive?

It might take weeks before the people can wash off the mud from the floods. It will take longer to regain the properties they have lost. And longer still to wash off another memory of a life-threatening flood or typhoon.