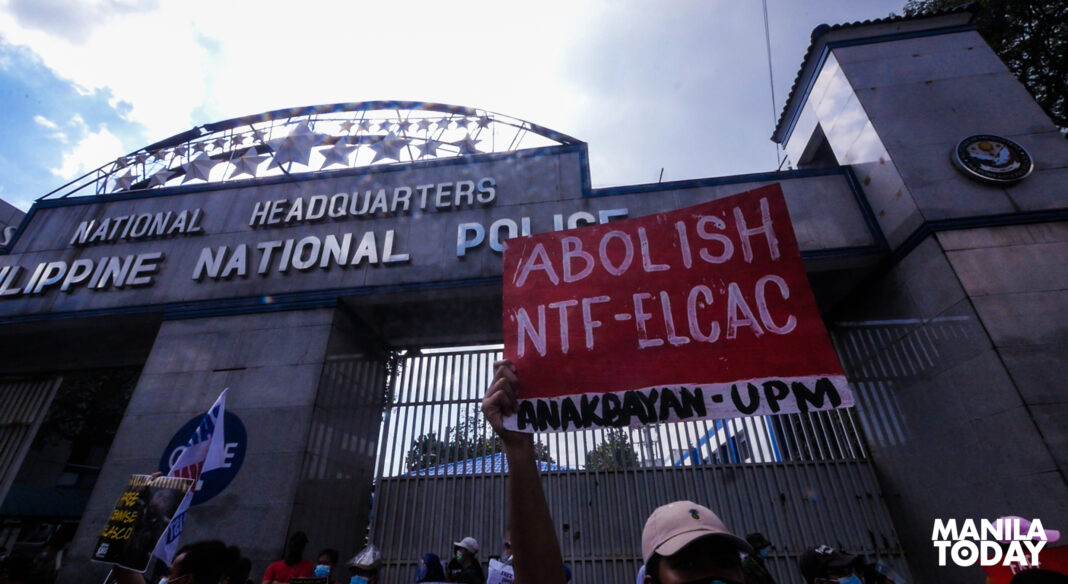 “This bill therefore seeks to fix the legal gaps, address impunity, and institutionalize a system of accountability by criminalizing red-tagging and providing penalties as deterrence thereto,” it said in the recently filed bill.

Accordingly, the crime of red-tagging is defined as “the act of labeling, vilifying, branding, naming, accusing, harassing, persecuting, stereotyping, or caricaturing individuals, groups, or organizations as state enemies, left-leaning, subversives, communists, or terrorists as part of a counter-insurgency or anti-terrorism strategy or program, by any state actors, such as a law enforcement agent, paramilitary, or military personnel.”

To name a few, the case of Zara Alvarez and Dr. Mary Rose Sancelan are among the progressive individuals who have been killed at the helm of red-tagging remarks.

On August 17 last year, Alvarez was fatally shot in Negros; while Dr. Sancelan was also killed on December 15. Both were slain by unidentified gunmen.

These were rooted on the fact that Alvarez and Dr. Sancelan have been included in the terrorist matrix put up by state departments in their continuing counter-insurgency programs.

Prior to the definition of red-tagging, even members of legal profession and media practitioners were not spared from the “systemic and calculated vilification as enemies of the state”.

Even rights lawyer Benjamin Ramon and Angelo Karlo Guillen have also endured such affronts given their profession. Ramon, however, was murdered on November 2018.

It was too easy for state departments and personalities funded through the Filipino taxes like the National Task Force to End Local Communist and Armed Conflict (NTF-ELCAC) along with its spokesperson Lorraine Badoy to commit political persecution beginning from red-tagging antics against progressives.

Even for badly-designed tarpaulin materials which were usually seen along pedestrian overpass and sidewalks have been used to amplify the red-tagging assault.

Salem, on the other hand, was the editor also for the red-tagged media outfit in a hearing just nine days before her arbitrary arrest along with six other activists and unionists collectively known as HRD7.

As regards the bill, Drilon further pointed that red-tagging has “a chilling effect not just on dissent but also on truth-telling” as it is guaranteed right to expression and speech.

The umbrella organizations of Altermidya network including Manila Today was named in a matrix presented in the senate hearing for red-tagging.

Soon after the arrest of Salem and the rest of HRD7, Badoy alleged claims that these personalities were top-ranking officials of the CPP-NPA; ironic to the police’s remarks that they were ‘gun running syndicates’ which led to their arrest from a similar fashion towards crackdown against activists following the raid operations and evidence planting.

On March 3, Senator Risa Hontiveros also said that red-tagging has a more chilling effect and disturbing effect than other forms of tagging.

Sen. Hontiveros interpellated during the hearing on Senate Resolution No. 559 or the red-tagging/red-baiting of certain celebrities, personalities, institutions, and organization, citing the United Nations observation which said that “red-tagging has a chilling effecet on the legitimate work of human rights defenders and muddled the space for debate, disagreement for challenging state institutions and policies.”

“There is really an asymmetry of power that makes red-tagging a very disturbing for many of us in the Senate,” Sen. Hontiveros added.

To serve and protect the people

Under the 1987 Constitution, it specified the prime mandate of the government to serve and protect the people. At least this was Sen. Drilon made emphasize with which he affirmed the bill as a reminder for state authorities in perpetuation of red-tagging claims.

However, according to Drilon, contrary to popular assertions, there are no sufficient and available legal remedies for victims of red-tagging.

“Victims are left without proper recourse against their perpetrators and are forced to fule seemingly-appropriate-but-not-quite case, like libel and grave threats,” Sen. Drilon affirmed.

“The gravamens of these offenses, however, are far from the essence of red-tagging,” he added.

The lawmaker solon explained that libel or grave threats are not appropriate charges given that the state agent has vilified a person as enemy of the state and this impinging on the rights of that individual.

Drilon also noted on the bill’s passage to reverse the “increasingly institutionalization and normalization of human rights violations and put a stop on the attacks against the members of legal profession.”

Has red-tagging ever been so controversial, it became a staple and frequent narrative that when a person is red-tagged and accused as a ‘front’ of the communist government and armed wing will ultimately result to series of harassment, arbitrary arrest and detention, as well as enforced disappearances; worse, it would also mean as a prelude to death.

Youth Movement Against Tyranny spokesperson Andrea Trinidad deemed the bill as a positive progress in the legislation, emphasizing the concrete definition of impunity culture perpetuated under Duterte’s watch.

“The bill explicitly states that as such, there is a justifiable legal basis and official records to penalize the red-tagging plot of Duterte administration in the Senate level,” Trinidad added.