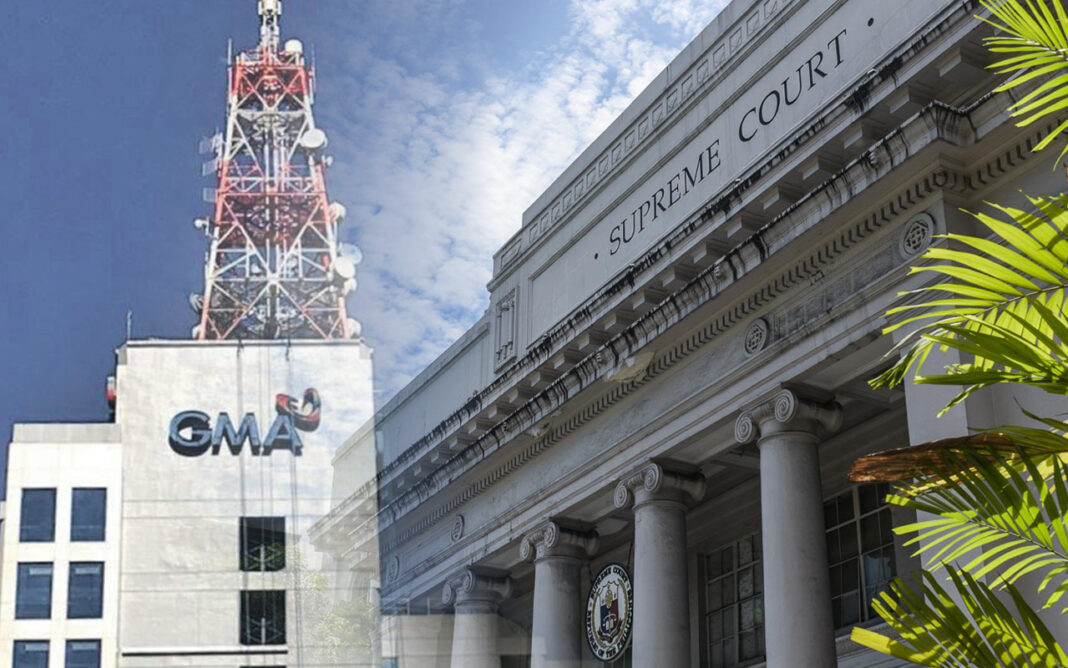 The Supreme Court (SC) ordered GMA Network, Inc. (GMA) to reinstate 30 dismissed workers, mostly cameramen and assistant cameramen, with full back wages, allowances and other benefits from 2013 to the time of their actual reinstatement.

The 3rd Division decision dated July 13 penned by Justice Marvic Leonen declared petitioners as regular employees of GMA and that there existed an employer-employee relationship between the GMA and the petitioners hired as camera operators.

The National Union of Journalists of the Philippines (NUJP) welcomed the decision.

“We thank the 3rd Division for recognizing and upholding the rights of media workers, far too many of whom continue to be deprived of the benefits of regularization. We call on all media houses to look to the welfare of their employees and fully recognize their rights and privileges,” said NUJP.

Regular status, length of service, right to security of tenure

The 30 dismissed workers argued they were regular employees who performed functions necessary and desirable to GMA’s usual business as a television and broadcasting company.

The SC held that only casual employees performing work that is neither necessary nor desirable to the usual business and trade of the employer are required to render at least one year of service to attain regular status.

However, employees who perform functions which are necessary and desirable to GMA’s usual business and trade of the employer attain regular status from the time of engagement.

The court also said GMA was not able to show that the dismissed workers, paid P750 to P1500 per taping, were hired because of their unique skills and talents or celebrity status not possessed by ordinary employees.

The court must prove this, as well as that GMA did not exercise control over the means and methods of their work for the dismissed workers to be considered independent contractors and not employees.

It was established that GMA provided the equipment used during tapings and assigned supervisors to monitor the petitioners’ performance and guarantee their compliance with company protocols and standards.

The court added that “it would be absurd to consider the nature of the petitioners’ work of operating cameras as distinct or separate from the business of GMA, a broadcasting company that produces, records and airs television programs.”

The 30 declared as regular employees of GMA Network, Inc. and ordered reinstated:

Back wages, other monetary claims

Aside from back wages, the Supreme Court ordered GMA to pay each of the petitioners’ attorney’s fee equivalent to 10 percent of total monetary award accruing to each of them. The amounts due to each petitioner shall bear legal interest at the rate of six percent per annum, to be computed from finality of Supreme Court’s decision until full payment. The High Court remanded the case to the Labor Arbiter for the computation of the back wages and other monetary awards due to petitioners.