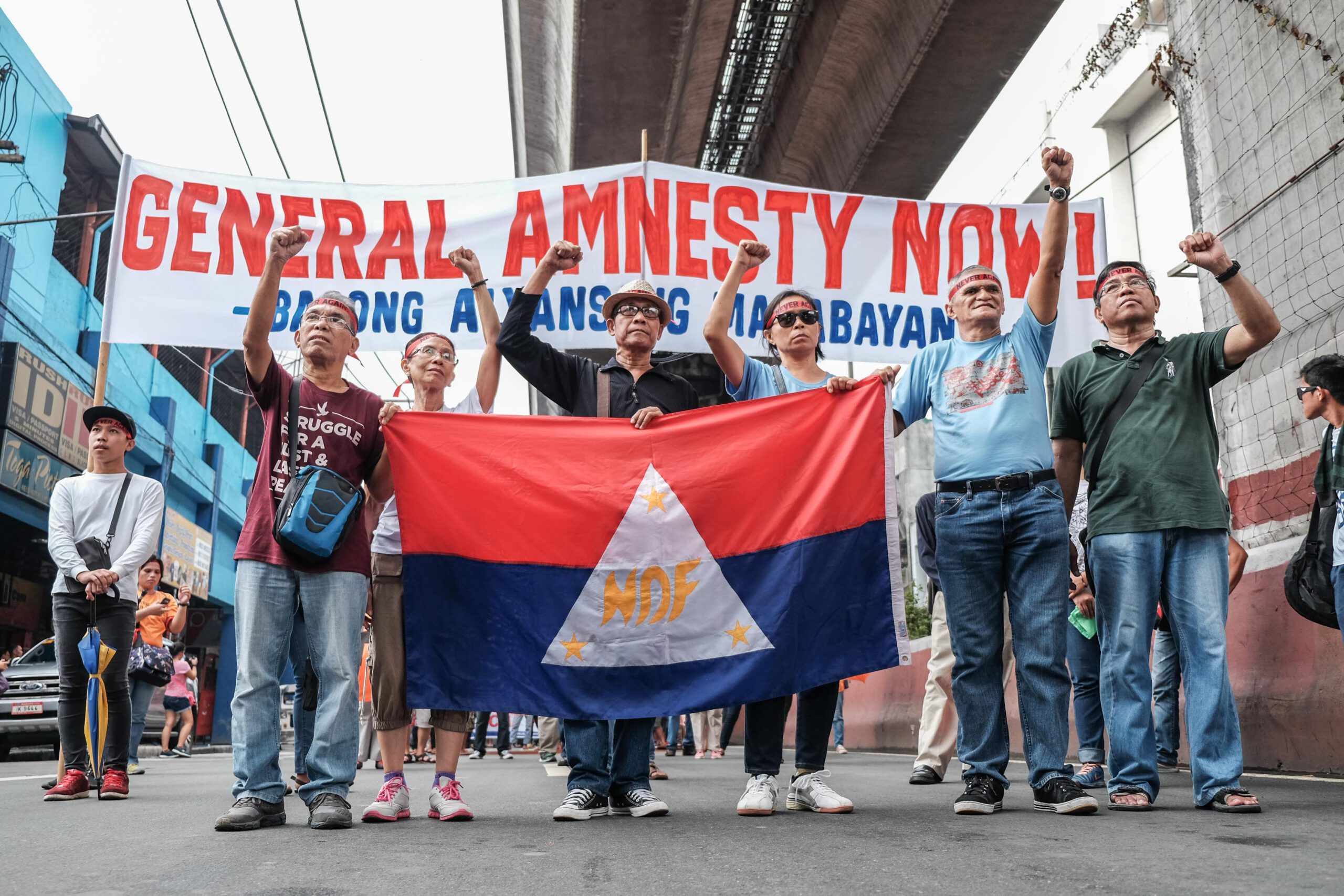 Those following the peace talks must know very well by now that the Government of the Philippines (GRP) and the National Democratic Front of the Philippines (NDFP) peace panels would soon buckle down to serious business in this second formal meeting. Both sides have been known to say that the next agenda on the talks would be crucial. NDFP Peace Panel Chair Luis Jalandoni considered success on this next agenda would be “a major achievement in the talks.” GRP Peace Panel Chair Secretary Silvestre H. Bello placed social and economic reforms as the “heart and soul of the peace process”.

But another expected outcome in this new round of talks is the releases of political prisoners on humanitarian grounds. This should cover the sick, elderly, overly long detained and women.

The NDFP is expected to take up with the GRP the releases of political prisoners.

“The amnesty and release of all political prisoners is an act of righting the violations of the CARHRIHL and the Hernandez political offense doctrine,” says NDFP chief political consultant Jose Ma. Sison in an NDFP statement published on October 3.

On the other hand, the NDFP viewed continuing detention of the NDFP consultants as a “continuing non-compliance” of the GRP with existing agreements Joint Agreement on Safety and Immunity Guarantees (JASIG) and Comprehensive Agreement on the Respect for Human Rights and International Humanitarian Law (CARHRIHL).

To this day, more than 500 prisoners all over the country are those who have been jailed for their political activity, belief or affiliation. Fifty of the political prisoners are old and sickly and 129 are detained for over a decade.

Before the first round of talks resumed, 19 NDFP consultants and two political prisoners were released on temporary bail to be able to participate in the resumption of peace talks. Duterte ordered the release of the consultants while people’s lawyers, human rights workers and paralegal volunteers did the legwork and paperwork for the releases.

In the August 26, 2016 Joint Statement resulting from the successful first round of talks, both panels agreed that “the GRP Panel will immediately recommend to President Rodrigo Roa Duterte the issuance of an Amnesty Proclamation, subject to concurrence of Congress, for the release of prisoners who are listed by the NDFP and who have been arrested, imprisoned, charged, and/or convicted for alleged acts or omissions within the ambit of the Revised Penal Code or special laws in connection with alleged crimes in pursuit of one’s political beliefs.”

“Running drafts on general amnesty are on the front burner. Parties so far are still continuing to discuss and work for amnesty,” commented Olalia.

Olalia shared that the NDFP proposed and presented to the GRP a draft proposal for a General Amnesty Proclamation prepared by defense lawyers of political prisoners in the June 2016 preliminary talks.

Bello, on the one hand, had been recently quoted in reports saying “a draft amnesty proclamation that enables the release of the political detainees is ready for submission during the second round of peace talks”.

The 60-day time period to reach an interim bilateral ceasefire should expire on October 27.

The August 26, 2016 Joint Statement stated on the ceasefire, “The Negotiating Panels agreed to work through their respective ceasefire committees to reconcile and develop their separate unilateral ceasefire orders into a single unified bilateral document within 60 days from the date of this Joint Statement. Said document shall be subject to the approval of their respective Principals.”

“Parties will discuss possibilities of joint or bilateral ceasefire, but not to overshadow fundamental issues,” shared Olalia.

The ceasefire agreement is deemed interim, or not permanent, depending on the results on the negotiations on the three remaining substantive agenda.

“Serious negotiations on substantive points or issues will have to start already in earnest. I anticipate possibilities of difficult bends along the way but the parties will stay the course. It [Talks] will still be cordial but there will be delineation of lines and definition of positions that need to be taken on,” said Olalia.

The agenda of the second round of talks were the releases of political prisoners and the General Amnesty, social and economic reforms, political and constitutional reforms, end of hostilities and disposition of forces, Joint Monitoring Committee of the CARHRIHL and ceasefire.

The talks are set on October 6 to 10 at the Holmenfjord Hotel in Oslo, Norway.