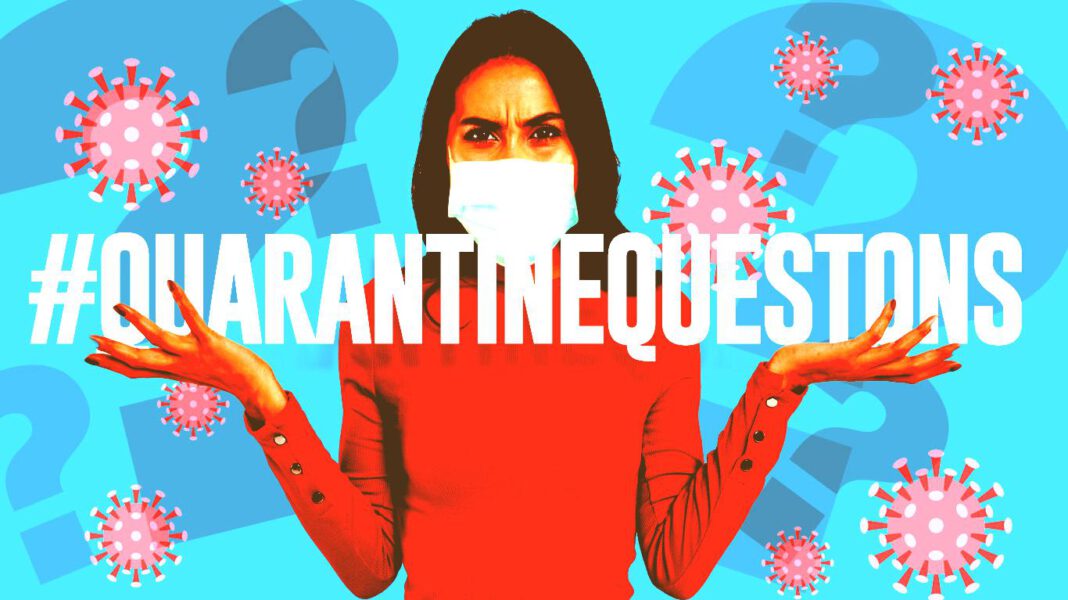 #QuarantineQuestions have been sweeping the social networking sites these past few days during the Enhanced Community Quarantine imposed by the government as a countermeasure for the COVID-19 pandemic.

Puzzles involving MDAS (Multiplication, Division, Addition, Subtraction). Brain teasers requiring a number combination to unlock a padlock. There was also one about listing ten jobs (full-time or part-time) you’ve already done where your friends would guess which one of your jobs was a lie.

I participated in answering these questions in my friends’ posts. Since most of my friends were active online because of the quarantine, I myself made one puzzle involving MDAS that shows social awareness on land grabbing and human rights violations. It just goes to show how bored Filipinos have become during this quarantine.

Aside from puzzles, questions also flooded my Facebook newsfeed like what is the first place you’ll visit after the lockdown is over? What is the first thing you’ll eat? Who will you first meet? I can just think of so many places to visit and desserts to eat while reconnecting with my best friend! I can’t wait for this lockdown to finally end!

Now I think we should level up in asking questions. We should start pondering the more important things during this crisis.

How can we avoid being a victim of fake news and not share these on social media? I have seen my Facebook friends sharing fake news about world leaders like Queen Elizabeth II and Adolf Hitler (who, by the way, died 75 years ago) praising President Duterte, and the Social Security System approving P20,000 aid for its members due to the coronavirus outbreak. I would always comment on their posts to point out that those were manipulated or made up.

It just worries me because these friends posting fake news are teachers and they could mislead their students with their misinformation. I guess the virus not only hit our bodies but also our gullibility. How hard is it to fact-check an article or quote using Google if it is legitimate?

How can the informal workers (e.g. carpenters, jeepney and tricycle drivers, vendors) survive? More importantly, how can the poor survive? Since everyone is ordered to stay at home, how about the homeless? How about those who haven’t yet received relief goods from their barangay and all they have are growling stomachs? What if these people gathered in protest, asking for relief goods, so that the government would notice them? Three weeks ago, President Duterte announced a shoot-to-kill order for leftists who will create trouble. So, should the poor, hungry protesters be arrested or shot to death for violating the social distancing rule and the president’s order on not to cause any trouble during the quarantine?

Good thing, the government announced that there would be social amelioration for low-income families with members who are senior citizen, person with disabilities, pregnant woman, solo parent, distressed overseas Filipino worker, homeless, of indigenous descent, and informal worker. Each family will receive P5,000-P8,000 monthly for two months. Next question: Will this amount be enough for a large family during the quarantine? How many days only will it last?

How can ordinary citizens like us help in combating this virus?

First, stay at home so that we don’t get infected which would then help the health workers have less exposure to the virus. But then again, how about the homeless and those who are gathering in protest out of hunger? Can we blame them for staying on the streets?

Second, we should stay informed about the pandemic and vigilant in possible human rights violations committed by the authorities. In Laguna, five men were put in a dog’s cage by a barangay official for violating the curfew. Why put them in a dog’s cage where social distancing won’t be followed and which is plainly inhumane?

When will this pandemic stop and when will our lives get back to normal? Only God knows when. For now, let’s just hope and pray that the coronavirus will stop from spreading and that doctors and medical scientists would finally find the vaccine for the virus. And let’s keep on asking #QuarantineQuestions.