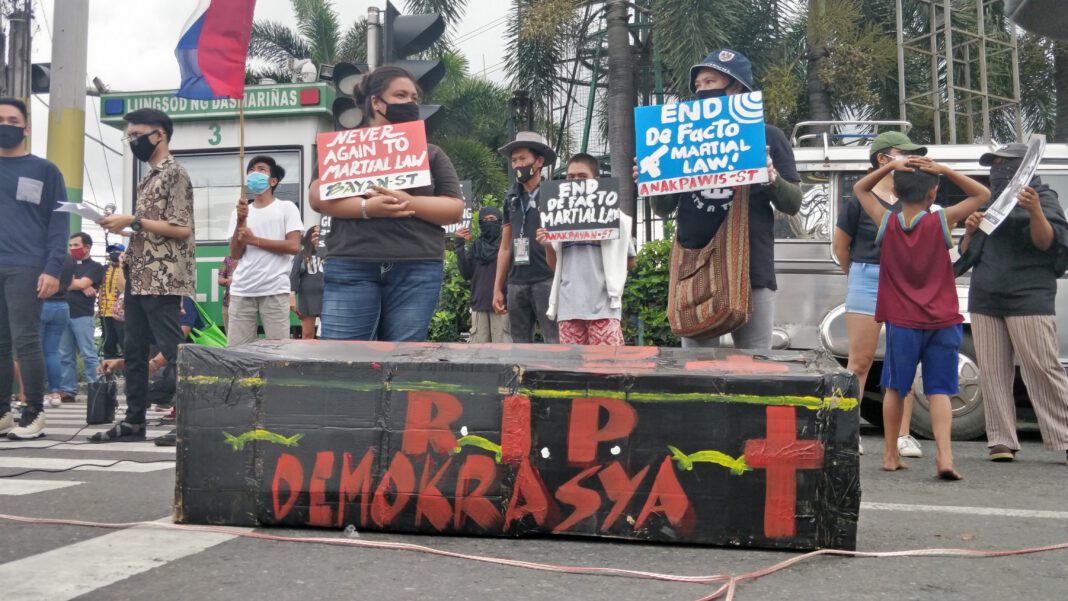 Despite the warnings against outdoor protests by the authorities due to COVID-19 pandemic, progressive organizations held the grand “mañanita” on Independence Day at Pala-Pala, Cavite as a satirical reenactment of Major Gen. Debold Sinas’ birthday celebration. The protest was against the controversial Anti-Terrorism Bill Act of 2020.

The protesters continued their program even there was a thunderstorm threat. The rain did not stop the protesters cry to junk the Anti-Terrorism Bill Act of 2020.

Public outcry against the overbroad and vague definition of the bill on terrorism that can be abused especially since abuses were observed in the drug war and the lockdown. Protestors argud everyone can be tagged as terrorists by this administration, acquiring the power of the courts or a judge, and would be used mostly against critics, opposition, journalists, activists, and even simple citizens of the country such as those who criticized the president during the lockdown and were arrested and charged with inciting to sedition.

Aside from placards, the protest came with a casket bearing the words “RIP Demokrasya.” They ended the program with performance of “Bayan ko.

Even though the protesters were surrounded by four men in fatigue with one fully armed police personnel and two SWAT, the protest ended peacefully.

On June 9, the Congress passed the Anti-Terrorism Act of 2020 to President Rodrigo Duterte for his signature to be enacted into law.