Home NEWS No to another Marcos in Malacañang – groups 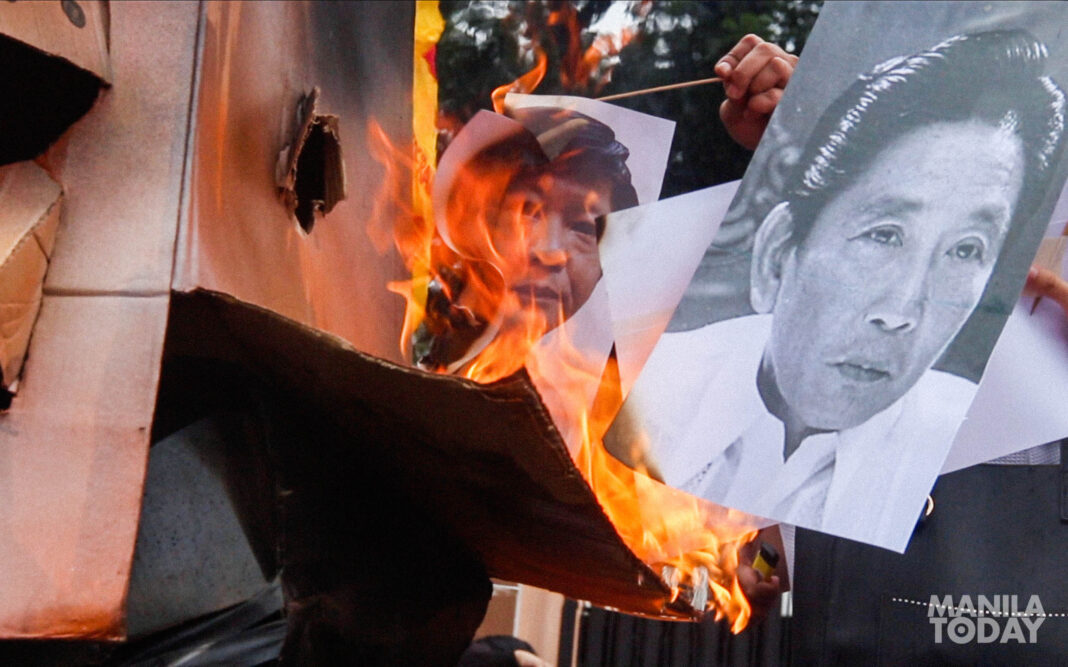 “It was no longer suprising, but it was very infuriating,” said Bagong Alyansang Makabayan (BAYAN) Metro Manila chairperson Raymond Palatino, expressing his indignation to Bongbong Marcos’ presidential bid in the upcoming May 2022 elections.

Campaign Against the Return of Marcoses and Martial Law (CARMMA) along with various progressive groups stressed the call “Never Again” in front of the Commission on Human Rights and said that no other Marcos should have a seat in the highest post in the land.

The late dictator’s son lost his bid for the vice presidency last 2016 elections. He also lost his poll protest against Vice President Leni Robredo. He now eyes for the highest post in the government office as president.

Marcos filed his certificate of candidacy at the Sofitel in Manila on October 5, accompanied by the emergency text alert service blasting messages about his filing.

Anakbayan Metro Manila organizer Benedict Macabenta noted how Bongbong only relied on historical distortion and the use of troll farms in an attempt to rewrite his family’s human rights violations and plunder record during Martial Law.

[Bongbong Marcos is only relying on fake news and historical distortion. He is just deceiving the Filipino people about the fake honor of his father.]

[We continue to experience the human rights violations and fascism of the Marcoses, in that whoever runs for president was not able to change the kind of society we have.]

[He has no shame, he did not even ask for an apology from the people, no remorse on the dictatorship, no justice.]

He said that Bongbong’s intent to run for president is a manifestation of the Marcoses’ continuing hunger for political power.

Since their return to the Philippines, the Marcos family has re-established a political dynasty especially through the careers of Imelda Marcos, who has served several terms in the House of Representatives, and Imee Marcos, who was even elected to the Senate in 2019.

Many critics have noted how this was possible as a good portion of their plundered also remains unreturned to the coffers of the people and that previous presidents, except the Aquinos, have extended the Marcoses goodwill. President Rodrigo Duterte even allowed the burial of the dictator in the Libingan ng mga Bayani (Heroes’ Cemetery) amid a public backlash.

[That is why our call is to hold them to account, return their ill-gotten wealth and make them pay for the dictatorship in our country.]

Palatino likened Duterte to Marcos but scored how the former oversaw human rights violations and a worsening state of the economy at the height of the COVID-19 pandemic, resulting in the government’s failed government response.

Power of the people

Macabenta said that the today’s protest action against Bongbong’s intent to run for the presidency also marked the power of the Filipino people who has continued the fight against the many forms of injustice from Marcos to the Duterte administration.

[We are concerned with the youth, women, workers and peasants. We should not allow another dark phase in our history to happen. We should act now, organize and remind the people of the horrible crimes of the Marcos family.]