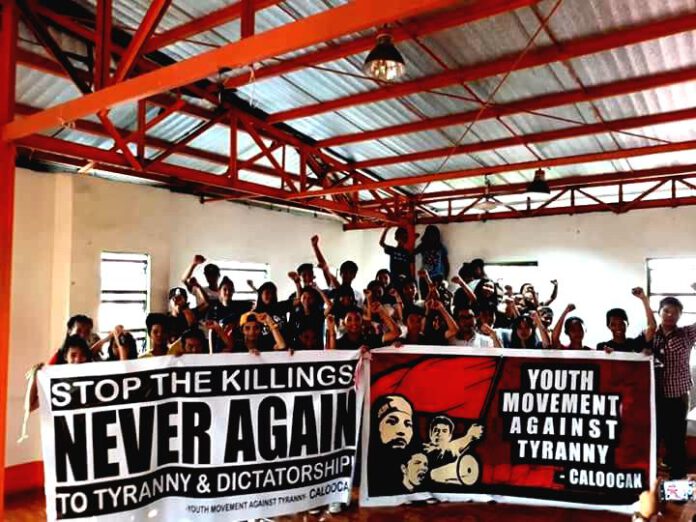 After the successful launch of the Youth Movement Against Tyranny-Caloocan (YMAT-Caloocan) and candle lighting protest against extrajudicial killings earlier at San Roque Cathedral, elements of the Caloocan City Police hound youth participants and took photos of them today.

At the candle-lighting outside the church also known as Caloocan Cathedral and also the home of Caloocan Bishop Virgilio David around 6pm, some YMAT-Caloocan participants were interrogated by cops and were asked about their leaders. The group identified the police who took photos of them as one PO1 Selosa. The church was located across the Caloocan City Hall.

YMAT-Caloocan strongly condemned the harassment incident of their ‘solemn and peaceful protest action.’

In their concept paper, YMAT said it is an alliance of student councils, student publications, and youth formations that aim to unite all freedom-loving Filipinos against tyranny and build a broad front to counter the increasing fascism and militarist rule of the Duterte government.

Over the past months, Caloocan City became the epicenter of the Philippine National Police (PNP) Oplan Tokhang or their implementation of the war on drugs of President Rodrigo Duterte. Caloocan cops were the main suspects of the killing of 18-year old Kian Delos Santos, 19-year old Carl Arnaiz and 14-year old Reynaldo ‘Kulot’ De Guzman in drug war operations.