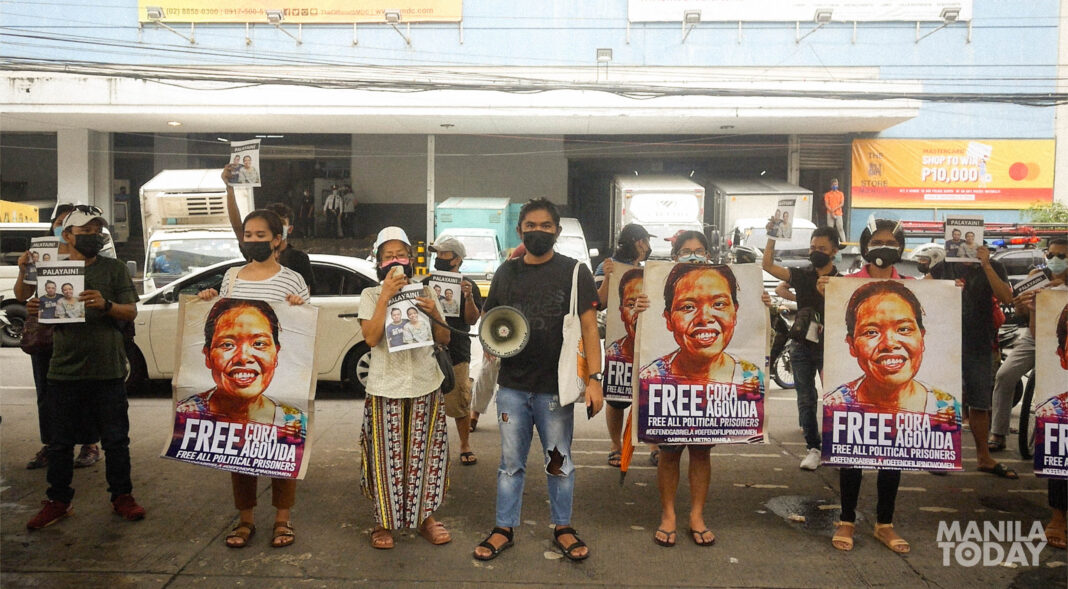 Agovida and Bartolome were arrested inside their home, witnessed and taken with them were their 10-year-old and 2-year-old sons. The raid happened only five days earlier from the raid operation conducted at the Bayan Manila office in Tondo where Reina Mae Nasino, Ram Carlo Bautista, and Alma Moran were arrested. The search warrants used in both Manila raids were issued by Quezon City Executive Judge Cecilyn Burgos-Villavert.

KAPATID NCR slammed the Duterte government, chided as a ‘modus operandi’ the intensifying crackdown alongside weaponization of the law against activists by using search warrants to plant evidence.

The group also lambasted the red-tagger and anti-insurgency machinery, National Task Force to End Local Communist and Armed Conflict, which sought P28.1 billion in the 2022 proposed national budget. The agency’s budget, created and headed by President Rodrigo Duterte through Executive Order No. 70 after cancelling peace talks, was only P1.7 billion in 2020 and P19.2 billion in 2021. a

Fe Simporios, spokesperson for KAPATID NCR, recalled that the former Philippine National Police chief Debold Sinas was responsible for the arrest of the activist couple as part of the police’s campaign against ‘loose firearms.’ Simporios recalled how the cop best known for his mañanita had a ‘dialogue’ with Burgos-Villavert before the series of police raids and arrests in Manila and Negros in October and November 2019.

Sinas was recently appointed by Duterte as undersecretary in the Office of the President.

[Our government is fond of recycling and reusing garbage.]

She also slammed the ‘warrant factory’ of Villavert. The judge has issued several warrants that led to the arrests of more than 80 activists used by police in raids where groups alleged they planted evidence to charge them with illegal possession of firearms and explosives.

The charge on explosives is a non-bailable offense that kept activists in jail for weeks, months or years despite how ludicrous the police narratives in obtaining the warrant or finding the firearms were, as several dismissed cases have revealed.

On September 17, Gabriela NCR campaign officer and peace consultant Esterlita Suaybaguio was released after two years in jail again due to alleged firearm and explosive charges and search warrants from Villavert. She was acquitted of the charges.

There are 715 political prisoners in the Philippines; 489 of them have been arrested under the Duterte administration.