With a vote of 242 in the affirmative, six in the negative, and zero abstentions, House Bill 6953, also known Bayanihan to Recover As One Act or Bayanihan 2, was approved by the House of Representatives in third and final reading. The bill outlined P162 billion for COVID-19 response and would grant special powers to the President for the government’s COVID-19 response, as did the first Bayanihan bill that was approved by end of March and expired after three months.

[The bill does not contain the response we ask for in this time.]

She lamented that the bill does not reflect the billions borrowed by government for COVID-19 response in the first Bayanihan bill, and the new bill also does not guarantee free mass testing or effective contact tracing, etc.

Bayan Muna party-list Representative Carlos Zarate expressed concern that the Bayanihan 2 funds may be channeled to fund the election campaign of possible administration-allied candidates in the 2022 elections.

“Let me assure our good friend, Cong. Zarate, na pam-public service ito. And I think it’s in bad taste for anyone to use it for election purposes but also for people to start accusing na yun ang purpose,” Cayetano said in an interview.

Zarate urged the full disclosure of how it so far spent the P3.7 trillion under the 2020 General Appropriations Act, before it can be trusted to spend another P162 billion in the Housse version of Bayanihan 2.

The counterpart bill in the Senate (Senate Bill 1564) was approved on July 28 in its final reading, with a vote of 22-1. The bill in Senate sought to allow the government to spend P140 billion standby funds, which will be used to support COVID-19 projects.

The two chambers of Congress would now need to meet to reconcile the bill that would then be sent to the president for his signature.

President Rodrigo Duterte urged Congress to pass Bayanihan 2 during his State of the Nation Address on July 27.

Take a look at what the Bayanihan 2 in the house contains: 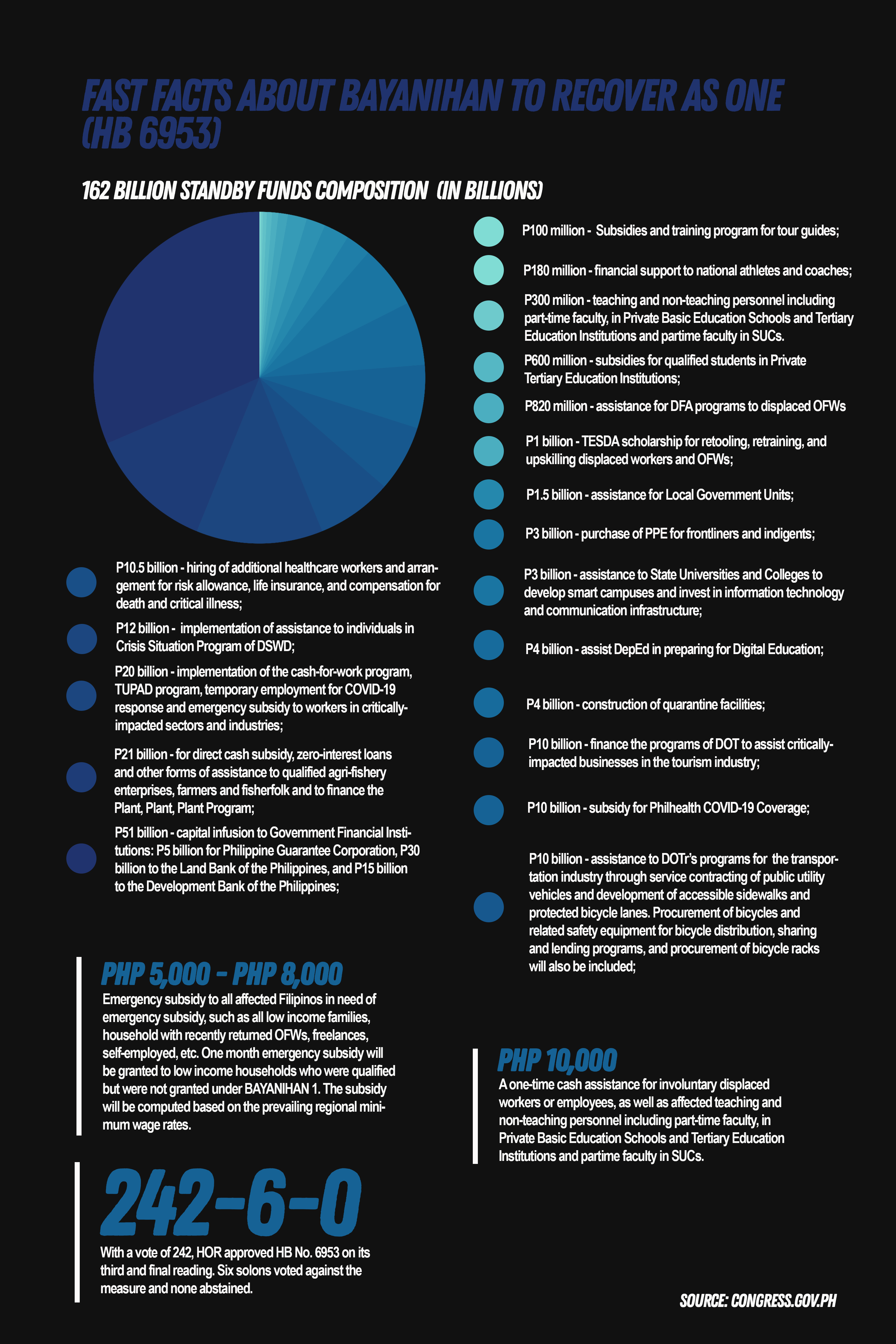