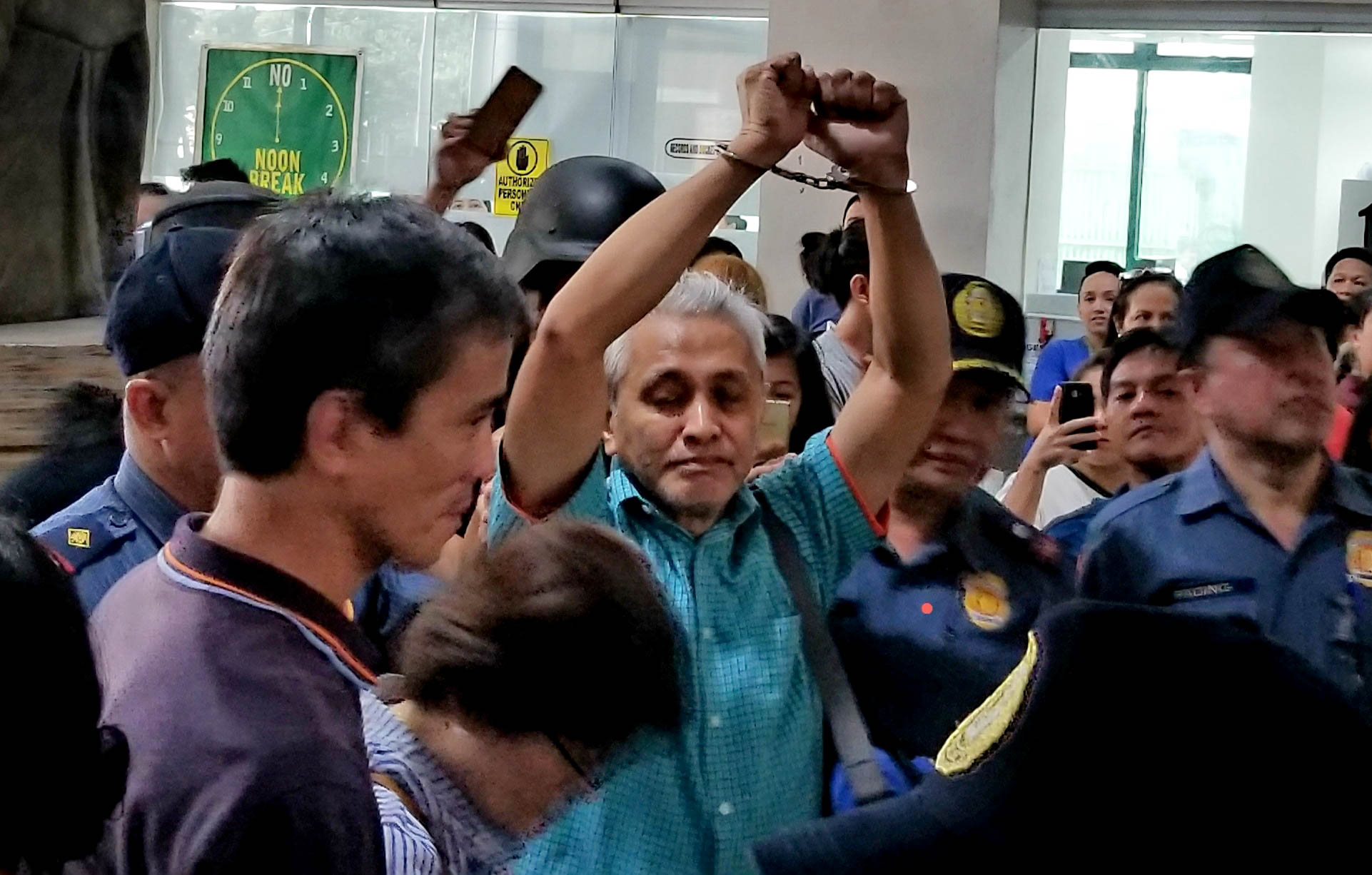 “Any investigation would easily reveal the official origin of those deposits and why it is wrongful, in fact immoral and reprehensible, to subject them to any freeze order as this would only perpetuate the injustice and tragedy that those accounts seek to atone for and indemnify,” said Lim, who is also political prisoners’ kin group KAPATID spokesperson.

The now frozen bank accounts of Ladlad contain the compensation from the Human Rights Victims’ Claims Board (HRVCB) that he received in May 2018 and the claims from Atty. Robert Swift received in August 2019.

The funds were awarded from human rights class suits in reparation for Ladlad’s political imprisonment and torture during martial law and for the abduction and enforced disappearance of his first wife Leticia Pascual Ladlad in November 1975.

Lim said an investigation on Ladlad’s Landbank accounts would also reveal transactions made after Ladlad was arrested on November 8, 2018 when his ATM card was taken from him. The amount taken from Ladlad’s card was restituted on February 5, 2020 through a full refund, Lim bared.

The ATC tagged as “terrorists” 19 individuals including Ladlad, alleged members of the central committee of Communist Party of the Philippines in a list published on May 13.

Ladlad was among the first set of eligible claimants consisting of conclusively presumed victims the HRVCB published on March 2017.

Lim said Ladlad opened the two Landbank accounts in May 2018 when the HRVCB required approved eligible claimants to open a savings account at their nearest Land Bank branch to facilitate the deposit of the monetary compensation.

The HRVCB was created under the Human Rights Victims Reparation and Recognition Act of 2013 or RA 10368 “to receive, evaluate, process, and investigate” reparation claims made by victims of human rights violations during the Martial Law of the late dictator Ferdinand Marcos.

Sec. 19 of the law explained the “point system”, ranging from 1 to 10, used to determine the amount to be awarded. Ten points were given to those killed or disappeared, and 6 to 9 points assigned to those tortured or sexually abused, 3 to 5 for those detained and 1 to 2 for those whose rights were violated. Each point was then assigned an estimated value of P25,000.

Lim said her husband’s bank accounts were maintained despite being compromised so that Ladlad would have funds to pay for his medical needs, should anything happen to her.

“Vic is a poor man… Vic uses his compensation for his medical and food support in jail,” Lim said earlier when the ATC listing came out.

“This latest government action of freezing his legal compensation is a gross injustice that compounds the dark history of martial law and victimizes the victim anew with greater suffering,” Lim said.

Lim, who was editor with the Philippine Collegian, was also among the 11,103 claimants.

Lim said she went to Landbank after the ATC announcement and was told by the bank directly that her husband’s bank accounts were frozen following the ATC listing.

The ATC is a presidentially-appointed body that the Anti-Terrorism Act of 2020 (ATA) or Republic Act (RA) 11479 gives authority to designate individuals or groups as terrorists.

Lim then wrote to Bangko Sentral ng Pilipinas (BSP) Governor Benjamin Diokno and went to the BSP head office at Roxas Boulevard on May 31 to ask for the lifting of the freeze order. She said was only able to have her letter received by Diokno’s staff and has yet to receive a reply from the BSP as of publishing.

Diokno chairs the Anti-Money Laundering Council (AMLC). The ATA authorizes the AMLC to subject to financial sanctions the funds or properties of designated individuals, such as freezing them.

“I hope Prof. Diokno will have the fairness of mind to heed my appeal as he belongs to the same generation that experienced the brutal repression of martial law and he can’t ignore the sacrifices recognized by the very law that created this indemnification fund,” said Lim.

Diokno is a professor emeritus at the University of the Philippines where both Lim and Ladlad are also alumni.

In the Notice of AMLC Resolution No. TF- 40, Series Of 2021 posted on AMLC’s website, it ordered “freezing without delay of the following property or funds, including related accounts” of the 19 in the ATC Resolution No. 17 dated 21 April 2021:

The resolution also cited that persons, private companies or government agencies or instrumentalities who deal directly or indirectly with property or funds directly or indirectly owned or controlled by designated individuals or make available any property or funds, or financial services “shall be prosecuted to the fullest extent of the law pursuant to Republic Act No. 10168, otherwise known as the Terrorism Financing Prevention and Suppression Act.”