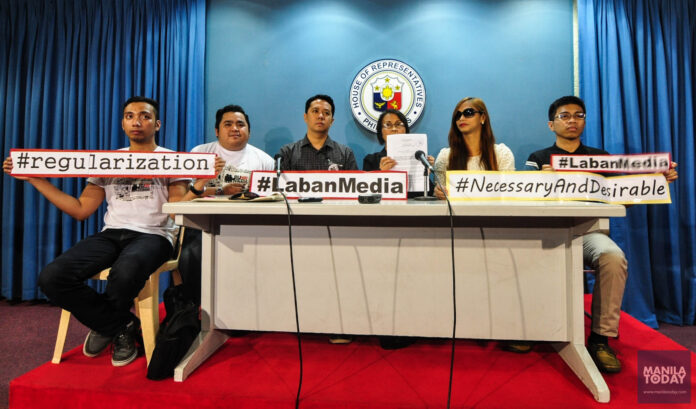 Three lawmakers filed a House resolution on Tuesday, February 10 to probe the issue of contractualization and alleged labor malpractice committed by network giant GMA-7 against its talents. If the House Committee on Labor approves the resolution, GMA-7 will have to face inquiries on its alleged violations of the Labor Code.

Filed by Gabriela Party-list Representatives Emmi De Jesus and Luz Ilagan and Quezon City 6th District Representative Christopher “Kit” Belmonte was House Bill 1893 urging for an investigation in aid of legislation to look into the situation of GMA-7 talents. 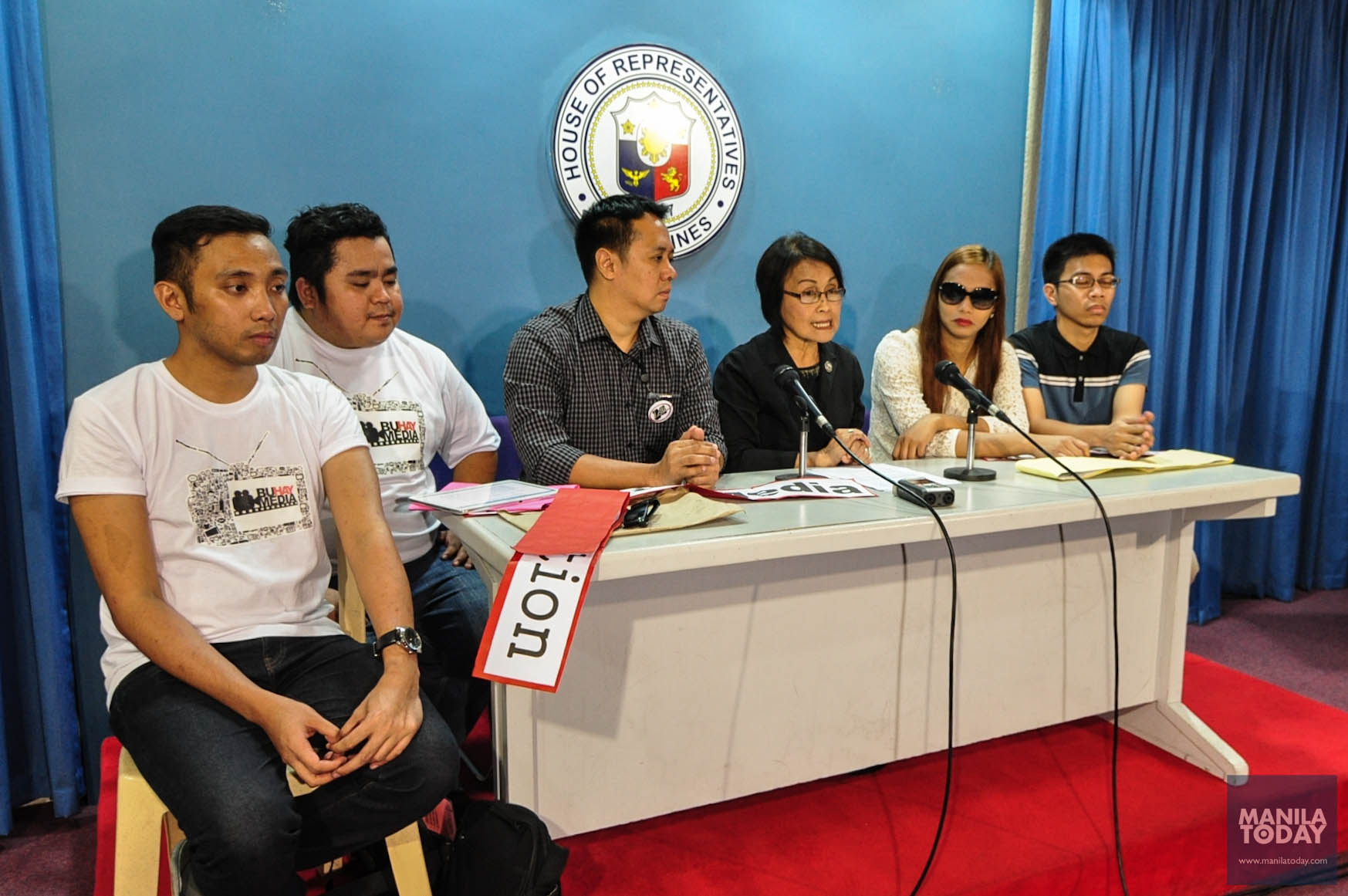 However, in a statement released by GMA-7 on February 13, GMA-7 Vice President for Legal Affairs Lynn P. Delfin denied alleged labor violations by the network.

“GMA Network respects the filing of the resolution by the House members but maintains the position that its practice of engaging talents does not constitute any labor violation,” said Delfin.

She added that should the House inquiry proceed, the network would be ready to defend its position.

“GMA will consider it an opportunity to clarify its position and to present proper context to such practice for the better understanding of our legislators,” said Delfin.

In a press release, Talents Association of GMA (TAG) members maintained that the network violated the Labor Code for its contractual scheme; saying that the Talent Agreement Contract of GMA-7 negates what was provided in the Labor Code.

On Dec. 31, 2014, 52 GMA-7 talents have lost their work after they refused to sign the new Project Employment Contract (PEC) of the media giant. According to them, the revised contract offered to them by GMA7 still does not guarantee them security of tenure. For not signing the PEC, the talents whose contracts expired in 2014 were either asked to no longer report for work or were not given new assignments, effectively dismissing them from work. Other talents, whose existing contracts last beyond 2014, were maintained by the network. Some of the dismissed talents have worked in the network for several years.

As talents, they don’t receive benefits such as SSS, PAG-IBIG, and Philhealth. They also have no hazard pay. They work irregular and long hours until their output is completed and work in a “no work, no pay” policy.

As of this publishing, salaries of the 52 GMA-7 dismissed talents were still withheld by the network. The withheld salary was the talents’ salary for the work they rendered from December 15-31, 2014. They were supposed to receive their salaries last January 9.

According to the talents, the network requires a final clearance before releasing the salary. The clearance, in turn, requires the submission of a resignation letter from the dismissed talents. The 52 talents refuse to issue a resignation letter, saying this would undermine the labor malpractice case they filed with the National Labor Relations Commission (NLRC) in May 2014. (See related article)

Moreover, according to TAG President Christian Cabaluna, dismissed talents were also asked by GMA-7 to return to work before they will be given the withheld salary.

“Dahil maraming tao ‘yung nawala, maraming programa yung napilay. Nalaman na few days ago na pinapabalik daw. Sabi kapag bumalik daw sila, ibibigay yung sahod, kapag hindi, maghihintay pa rin [Because many people were dismissed, many programs were affected. After a few days, we were asked to return. They said that if we return, they would give us our salaries. If not, we will have to wait],” said Cabaluna.

But none of the dismissed talents accepted the offer.

“Pag bumalik kami, same old contract (ang gagamitin) tapos wala pa ring assurance, kung sa March dumating ang desisyon (ng NLRC) na talo kami, tanggal pa rin yung contract, so wala pa ring kasiguraduhan [If we returned, the same old contract will be in effect. If we lose in the decision of NLRC by March, the contract would be terminated. So, we really do not have security],” Cabaluna explained.

On November 10, 2014, TAG submitted its position paper on the regularization case against GMA-7 filed at the NLRC. Cabaluna said they expect the decision to come out this March. If they win, they will return to work and expect to become regular employees.

GMA-7, in its position paper submitted to the NLRC, has denied the employer-employee relationship between the network and its talents, with the latter “knowingly, freely, willingly, and voluntarily” engaging his or herself in the talent agreement.

The life of a media worker

To amplify the issue of media workers in the Philippines, TAG has conducted media forums and discussion in various schools. Buhay Media Facebook page also served as an outlet for the plight of media workers.

Statements of support were also released by the University of the Philippines College of Mass Communication and Altermidya, an alliance of alternative media outfits.

In earlier interviews, members of TAG said they wanted to expose and change the talent system practiced not only by GMA-7 but also of other networks and they are doing this for the benefit of future media practitioners.