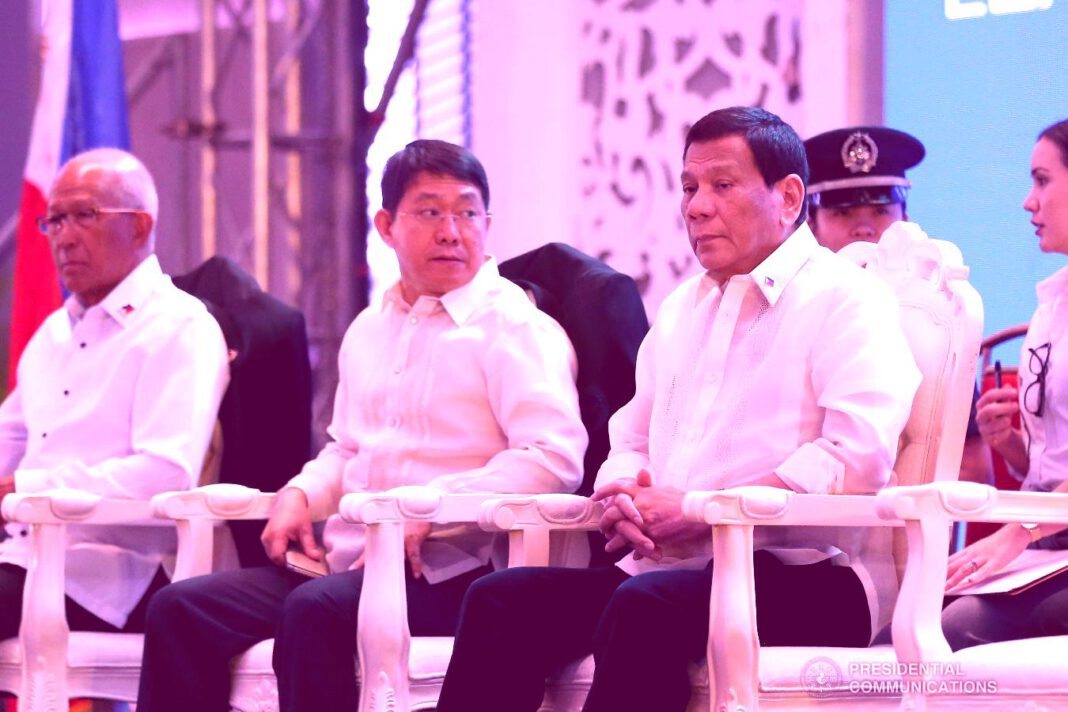 Red-tagging is not new.

The National Task Force to End Local Communist Armed Conflict (NTF-ELCAC) that Duterte heads with his military appointees in Cabinet is a prime example when they red-tagged journalists and spread fake news against ABS-CBN, with Department of National Defense Sec. Delfin Lorenzana saying the fake news was true and that it is their responsibility if or when the embattled network is trying to cast the government in bad light or destabilize it. Before her cyber libel conviction on June 15, a case made possible with the Department of Justice saying the prescription of libel is 12 years instead of one year as already ruled by the Supreme Court, Rappler CEO Maria Ressa also experienced black propaganda from the NTF-ELCAC. 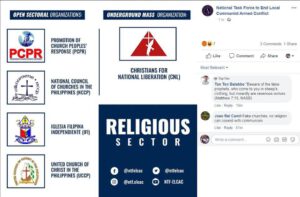 Despite legitimate fears of the people that the ‘terror bill’ will be used against critics and ordinary people,  PRO 13 has been actively using social media in red-tagging. In “winning the hearts and minds” of the people, the Philippine National Police (PNP) Region Office 13 (CARAGA) resorts to red-tagging.

PNP Region Office 13 (PRO 13) is one of the examples in the PNP’s red-tagging that even now, before the ‘terror bill’ is signed into law, shows how “anti-terrorism campaign” is directed at these organizations and individuals being red-tagged. 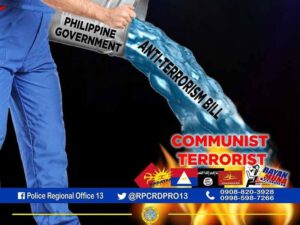 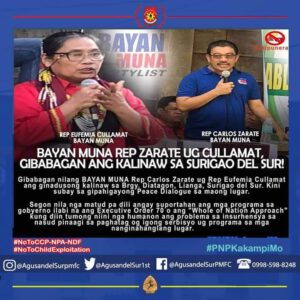 During the mañanita protests on June 13, the police office did not show any professionalism and well-meaning when it portrayed BAYAN general secretary Renato Reyes as a “demon” for opposing the Anti-Terrorism Law. 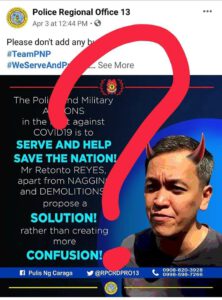 These are government officials and their salaries paid by the Filipino people, some of whom they harass and red-tag.

The police linked organizations to the CPP-NPA-NDF and likened them to the coronavirus spreading. 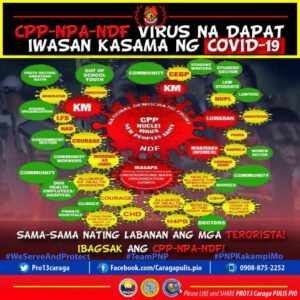 Red-tagging is done to supposedly warn the public against people who “resort to extreme methods” in their criticism of the government. It ultimately is a warning to those being red-tagged to stop whatever it is they are doing that they found to be against the interest of those sitting in government.

But red-tagging is now used by government and police against those who oppose the Anti-Terror Bill, branding them “terrorists or supporters of terrorist groups or communists.” 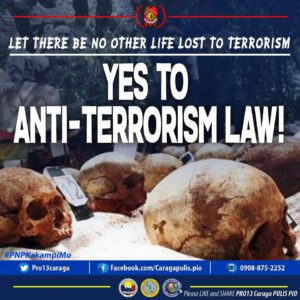 This writer would not be surprised that all church organizations, including bishops who issued statements against the Anti-Terror Bill, will be labelled as “terrorists or terrorist supporter.”

The PNP establishment as a whole is doing this even Department of Interior and Local Government Sec. Eduardo Año declared that “red-tagging will not be tolerated.”

“It has never been a government position. We always respect our citizens’ right or freedom of expression,” Año said during a Kapihan sa Manila Bay online forum on anti-terror bill.

He must be living under a rock or in another country or planet or giving us false reassurances just to get through that forum. Año is part of the NTF-ELCAC. His office supervises the PNP.

No other than the President himself is sowing intrigue against the legal organizations in linking them to the New People’s Army.

Red-tagging violates the basic rights of individual persons and organizations.

Red-tagging, fake news and direct attacks against the people who oppose the Anti-Terror Bill are already rampant even if the bill has not been signed by the president. Surely, in the course of the implementation of the Anti-Terrorism Law, if it will not be vetoed by the President, red-tagging and fake news will be part of the crackdown against legal and legitimate organizations, progressive party-lists, churches and individuals.  Red-tagging becomes terrorist tagging under the anti-terrorism law.

A Quick Initial Brief On Red-Tagging in the Philippines* – NUPL

NUJP TO PARLADE: The burden of proof is on the accuser