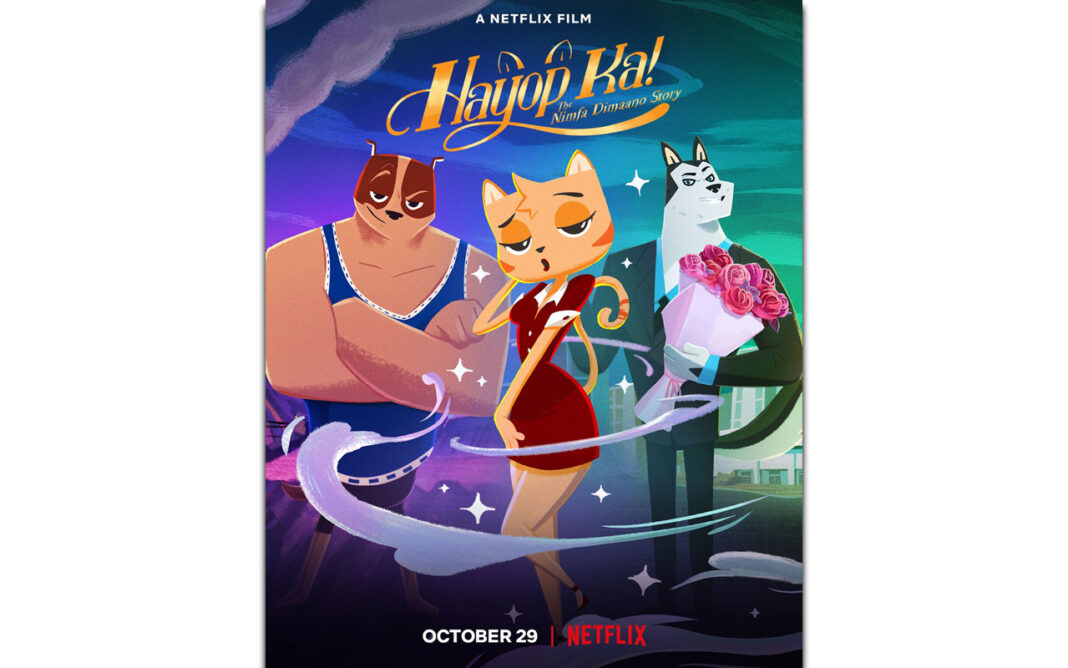 On September 21, Netflix released the first look for “Hayop Ka! The Nimfa Dimaano Story,” an adult-animation film directed by Avid Liongoren. The film is the first animated Netflix film from the Philippines.

“My team and I took over 3-years of serious hard work to create this light and comical film. While our main goal is to elicit a few laughs, our advocacy is to encourage local animation production. In the global animation industry, the Philippines is a go-to nation for outsourcing animation services,” said Liongoren.

His new film features Angelica Panganiban, Sam Milby, and Robin Padilla and is set to premiere on October 29, 2020 midnight.

“We are home to thousands of talented animators but sadly, we are not known for ideating and producing our own work. There have been less than 10 animated feature films in the entire 100-year history of Philippine cinema, and we want to continue adding to that, while also hoping that little by little, someday Filipino animators can be known as not just service providers, but creators as well. We hope you enjoy Hayop Ka! on Netflix,” said Liongoren.

The film is about Nimfa Dimaano (Angelica Panganiban), the pretty pussycat is a perfume sales kitty at a department store and two dogs who will vie for her love. Her boyfriend, Roger (Robin Padilla) is the macho mongrel is a janitor and Iñigo Villanueva (Sam Milby), the bourgeoisie business dog and their chemistry ignites. The film is about “societal expectations, personal aspirations and the classic love triangle.”

The script is written by Manny Angeles and Paulle Olivenza.

“I find it interesting to see animals dealing with adult human conflict in funny natural situations, the characters are real in their predicament and emotions, and each character has a unique Filipino trait that we can share to the audience,” said Pascual, who served as Executive Producer.

Netflix is the world’s leading streaming entertainment service with over 193 million paid memberships in over 190 countries.