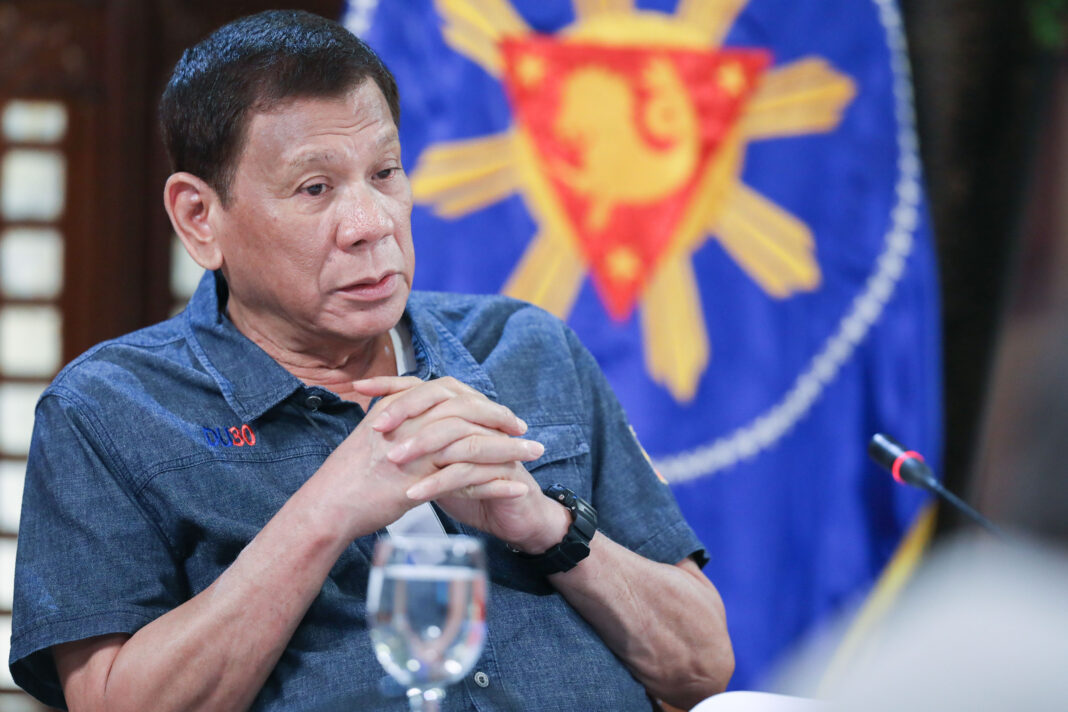 President Rodrigo Duterte flew home to Davao City midnight of May 16, or the first hours that the lockdown was lifted in his hometown, despite Metro Manila still being under modified enhanced community quarantine (ECQ).

The government announced on May 13 the transition of NCR from ECQ to modified ECQ (MECQ) from May 16 to 31. Davao City is now under general community quarantine, a more relaxed quarantine or also referred by government as the ‘new normal.’

Under MECQ, domestic flights and inter-island travels are still not allowed. There will also still be no public transportations operating under this new lockdown regime.

Presidential Spokesperson Harry Roque confirmed that the president is currently in Davao City, but will be back at the next Inter-Agency Task Force on Emerging Infectious Diseases (IATF) meeting.

“He is in Davao for a visit after more than two months of not being able to see his family,” said Presidential Security Group commander Colonel Jesus Durante III.

Duterte said in various public addresses that he could not go home because the mayor, his daughter Sara Duterte, did not allow flights from Manila to travel to Davao. This, the president said, prevented him from attending the birthdays of his grandchild, his partner and his daughter with his partner.

Waking up to news that Duterte has flown home did not sit well with many.

Duterte flies in a private plane to Davao, despite the prohibition on non-essential fights during ECQ.

And we wonder why Sinas violated ECQ protocol.

It’s because under this administration, the law does not apply when you’re in power.

And this leadership style trickles down.

Like a thief in the night, Duterte went home to Davao around MIDNIGHT.

Would someone know if Bong Go was with him? And if the two just availed themselves of the “Balik Probinsya Program”?

Lean Porquia, son of slain activist leader Jory Porquia, is outraged that Duterte flew today to Davao on a private jet to rejoin his family amid MECQ.

The elder Porquia’s remains are to be cremated today in Iloilo, with members of his family watching online. pic.twitter.com/rwfirectOw

Duterte's flight to Davao is comparable to Gen. Debold Sinas' birthday bash. They are both disgusting. They flaunt the lockdown measures while people are severe punished the moment they step out of their homes. #PunishthePartyCop #OustDuterte

President Duterte decides to go to Davao because he's homesick?? He decided to go home while the freakin country is on a pandemic and regions are going through a typhoon and thousands of people are so scattered and hungry??!

Good Lord, give him some intervention PLS

Before the lockdown, Duterte was known to regularly fly home, on a weekly basis and usually spending the weekends at his hometown, or spending half the week in Davao and conducting his businesses from there.

It was the same case when COVID-19 cases broke out in China and the lockdown in Wuhan was imposed on January 23. Duterte was in Davao and the government would meet only the following Monday when he returned to Manila, drawing the ire of citizens for the delayed government response. Then Presidential Spokesperson Salvador Panelo denied there was any delay. Duterte also had a tete-a-tete with Panelo scheduled on January 22, but was postponed to January 28 “due to alleged pressing family matters of Duterte” according to Panelo.