Home FEATURES Crisis within Crisis: Teenage pregnancy in the Philippines during the pandemic 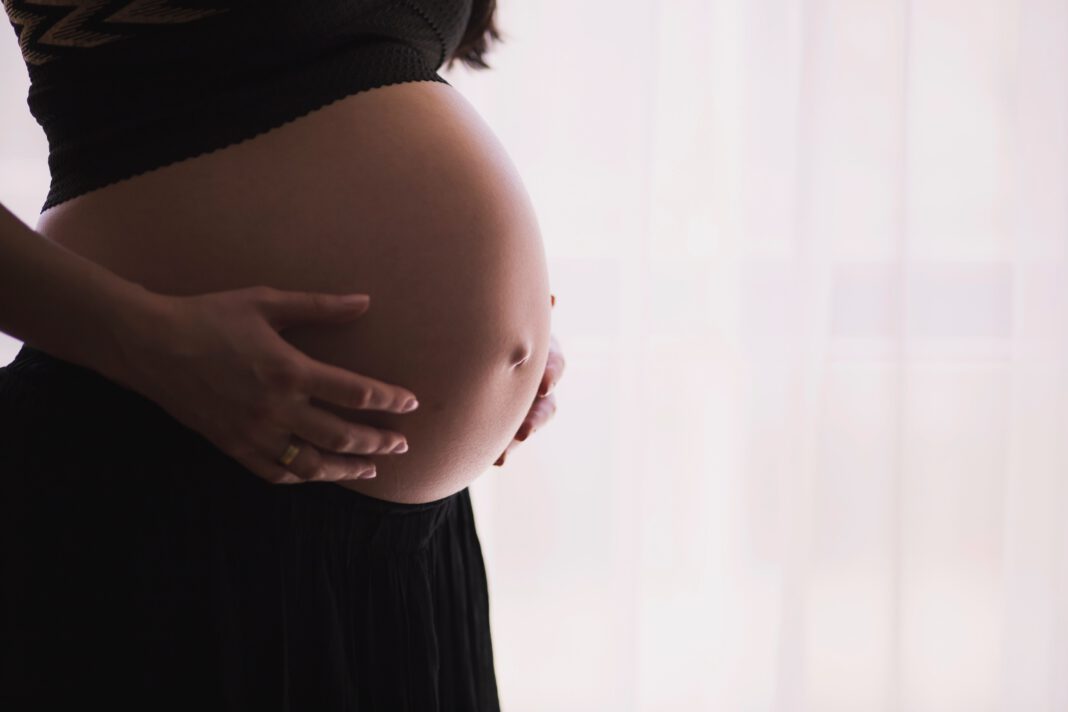 “Being pregnant at 17 is very difficult, especially when you and your partner are not financially stable. You will depend on your parents even for a check-up,” Nicole Angela, 17, said about her 8-month pregnancy with her first baby.

The COVID-19 pandemic posed many health-related problems, but the health crisis has given birth to another crisis.

A report from the Commission on Population and Development (POPCOM) alerted that an estimate of seven girls aged 14 and younger are giving birth in the country every day.

The Social Weather Stations (SWS) reported last November 2020 that 59% or almost 6 out of 10 Filipinos, believe that teenage pregnancy is the most important problem of women today.

Two weeks after the lockdown in Luzon was announced, the Department of Health (DOH) and the POPCOM issued guidelines encouraging cooperation from health facilities, local government units, and communities to provide family planning and health services amid the pandemic, which are considered as essential services.

However, as for Nicole Angela who resides in Tondo, there were no projects in their barangay that are dedicated to reproductive health.

Not everyone is as lucky as Nicole Angela, how about other adolescent mothers? What else they had to do for not knowing any better? What are the consequences for doing the only way they know to survive?

Nicole Angela’s condition is a reflection of the country’s lack of projects and policies mitigating teenage pregnancy as the POPCOM recorded that 2,411 girls aged 10 to 14 gave birth, which means that there are almost seven girls getting pregnant every day. In the year 2000, only 755 girls from the same age group had babies, which then tripled in 2019.

Despite the Republic Act (RA) 10354 otherwise known as the Responsible Parenthood and Reproductive Health Act of 2012 (RH Bill), a surge in the numbers of teenage pregnancy in the country is still seen in the past 11 years.

On a two-month study of the Department of Science and Technology – National Research Council of the Philippines (DOST-NRCP) led by Dr. Gloria Luz Nelson, sociologist by training with concentration on Population Studies, they found out that the surge of teenage pregnancy cannot be attributed to the pandemic alone, but to several other factors such as lack of access to sexual and reproductive health education.

Nicole Angela believes that early pregnancy can also be prevented by having a conversation with parents so that the child can understand the consequences more. It reflects on the importance of parental supervision and communication, because after all, especially this pandemic, teenagers spend most of their time at home.

She said that although her parents never fail to remind her about the possible result of engaging in sexual activities, her parents didn’t know that she is sexually active. She is also aware of the available contraceptives for safe sex, and it is of their personal choice to not practice using it.

According to POPCOM Executive Director Jose Perez III, frequent communication between teenagers and parents may decrease the likelihood of risky sexual activity. However, POPCOM data shows that only 10% of Filipino parents discuss sexuality with their children.

Nicole Angela stated that her pregnancy is unplanned but not unwanted.

“This is not planned, that’s why there are things I regret doing. However, on the other hand, I still feel blessed with a heartbeat inside my tummy,” she said.

Nicole Angela also stated that if she’s given a chance to change her situation, she would choose to be more careful in engaging in sexual activities now that she knows how hard it is to be a mother at an early age.

“I also realized the importance of using contraceptives and self-discipline,” Nicole Angela said.

Intervention services in the community

Youth’s access to information and services on sexual and reproductive health is guaranteed by RA 10354, but teenagers like Nicole Angela are unaware of the existence of this law and the governmental projects that correspond to it.

Before the pandemic, teenagers had little to no access to these services and now that the country is battling with pandemic, access to prenatal, maternal and family planning services lowered even more.

University of the Philippines Population Institute and United Nations Population Fund conducted a study that showed a 42-percent increase in unintended pregnancies among Filipinos in 2020 which is about 79,000 increase in additional unintended pregnancies per month and a 67-percent hike in unmet needs for family planning amid the Covid-19 pandemic. One out of 10 of them is still an adolescent.

Sen. Risa Hontiveros has filed Senate Bill No. 1334, or the proposed “Prevention of Adolescent Pregnancy Act,” which aims to create a national program dedicated to the prevention of teenage pregnancy, and proposes comprehensive sexual education to be integrated in all school levels. However, the discussion about the proposed bill is still ongoing as of this writing.

RA 10354 took 12 years of battle in the legislative level and two years in the Supreme Court before being passed into law. It is no doubt that the proposed Senate Bill No. 1334 may take longer, especially because of so many problems that were exposed by the pandemic.

What can the government do other than strengthen the implementation of RA 10354? While the law is existent, there is so much that remains to be done.

For instance, teens like Nicole Angela are the most vulnerable during this time of pandemic, yet there are no teenage pregnancy intervention services implemented on their barangay.

However, government agencies and barangays are now directed to put an effort to widen Filipinos’ access to family planning and maternal-care tools to achieve the 5-percent contraceptive prevalence target under the law.

Last June 25, President Rodrigo Duterte has signed Executive Order 141 declaring teenage pregnancy prevention as a national priority which acknowledges “lack of information and education, and the vulnerability and exclusion of women and children living in remote and rural areas as one of the causes of teenage pregnancy.”

“In the implementation of the identified programs and interventions, all concerned agencies and instrumentalities shall maximize the use of digital and online platforms to reach adolescents and young people, and raise awareness on the protection and promotion of reproductive health and rights,” the order read.

Plans can only be as good as their execution. And in these trying times, teenage pregnancy is a pressing issue that the government can put an effort to end– this time trying to reach out to more vulnerable communities and adolescents.