Home NEWS Bill to block US funds for police or military assistance to Ph... 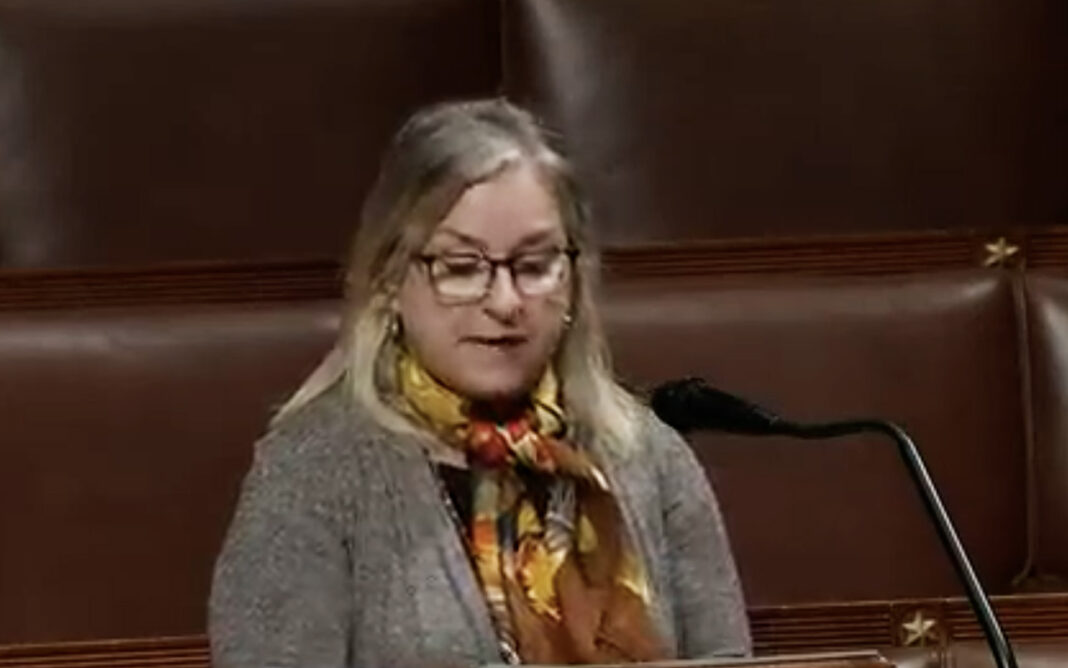 Pennsylvania 7th district representative Rep. Susan Wild introduced the Philippine Human Rights Act or HR 8313 to US Congress on September 17, a bill asking to “suspend US funds for police or military assistance until the Government of the Philippines has made certain reforms to the military and police forces.”

“Today across the Philippines, Rodrigo Duterte’s brutal regime is using the pretext of the so-called Anti-Terrorism law to ramp up efforts targeting labor organizers, workers and political opponents. This law allows suspects to be detained by the police or military without charges for as long as 24 days and placed under surveillance for up to 90 days,” said Wild.

The Philippines is the largest recipient of US military aid in East and Southeast Asia.

US citizens and rights groups, also many Filipino-American groups, have called on their government to stop military aid to President Rodrigo Duterte that they deem to be “bankrolling the worsening human rights crisis in the Philippines.” They assailed how the US has provided the Philippines with over $550 million dollars in military aid since 2016, despite Duterte’s infamous ‘war on drugs’ and human rights record.

The bill outlined the following conditions the Philippines must meet before restrictions could be lifted:

The Communications Workers of America (CWA), The Malaya Movement, the International Coalition for Human Rights in the Philippines and Kabataan Alliance welcomed the introduction of the bill.

“CWA is proud to support the introduction of the Philippine Human Rights Act to protect the working people in the Philippines who are suffering greatly under the Duterte regime,” said CWA’s Senior Director for Government Affairs and Policy Shane Larson.

“The introduction of the Philippine Human Rights Act is a significant development for the Filipino-American community in the United States and Filipinos in the Philippines; this is a sign of hope for Duterte’s victims and a strong warning to Duterte’s regime. Despite the threats of the Duterte Administration, we will not be deterred until we see justice in the Philippines,” said Ramon Mappala, a former political prisoner and current member of the Malaya Movement.

Groups were concerned with continuing human rights violation and the passage of the controversial and much-protested Anti-Terrorism Law.

“Although we’re all dealing with the fallout of the pandemic right now, we cannot turn our backs on the crisis that Filipino workers have been facing under Duterte, which has greatly accelerated during COVID-19, with the Philippines government’s intensified power grab to persecute its political enemies. We must show Duterte that Americans and the labor movement won’t stand for him and his administration imprisoning and executing trade unionists and activists,” Larson added.

“The Anti-Terror Law is the latest addition to Duterte’s arsenal in his war against human rights defenders and activists and will only worsen the widespread killings under Duterte,” said Mappala.

As of September 12, there are 34 petitions filed at the Supreme Court from former Supreme Court justices, lawyers groups, Moro, church groups, human rights groups, journalists, artists, youth and women groups among others challenging the law signed by Duterte on July 3.

US measures to stop military aid to PH due to human rights record, war on drugs

The US and Philippines military cooperation has continued under Duterte, despite Duterte’s rebuke of former US President Barrack Obama in an international conference in 2016 for “interference” in the country’s war on drugs, and has since then threatened to end Philippine military exercises on Philippine soil with US soldiers.

Last year, the US Congress passed the 2020 budget which included a provision authorizing the US secretary of state to stop the entry into American soil of those behind Sen. Leila de Lima’s detention, which US President Donald Trump signed into law.

On January 9, the US Senate passed a Senate Resolution 142, calling on Trump to impose sanctions on Philippine government officials who are supposedly behind the detention of de Lima and calling for her release and also condemning the ‘harassment’ of Rappler CEO Maria Ressa.

A similar measure with the Philippine Human Rights Act in US Congress has been passed within the US government this year. On January 8, the Portland Human Rights commission voted on a draft resolution to the Portland City Council to suspend US military aid to the Philippines due to the war on drugs and worsening human rights situation.

Duterte again threatened the cancellation of VFA on January 23, a day after his long-time friend and first Philippine National Police (PNP) Chief in his term and now Senator Ronald “Bato” Dela Rosa lamented the cancellation of his US visa that was said to be in connection with his role in Duterte’s bloody war on drugs. Duterte said he has had enough US’ meddling. But it would take the Philippine government until February 11 to issue the notice of termination of VFA to US, and the Philippine government would announce that they stopped the VFA cancellation on June 2. The cancellation would have taken effect by August 9. Dela Rosa would announce later in July that the US Embassy in Manila called him to process his US visa again, following a call between Duterte and Trump in April.

The Philippine police placed deaths in Duterte’s drug war at 6,000+ since Duterte sat on the presidency, while human rights groups estimated more than 27,000+, as the police once came out with such number as drug war-related “deaths under investigation” or “homicide cases under investigation.”

In the height of the drug war, around 30+ were killed in a day. Duterte and the country’s top police official—the post changing hands four times under Duterte—continue to promise to continue the government’s war on drugs. The new police chief, Camilo Cascolan, is one of two authors of the police’s blueprint for the government’s war on drugs, Oplan Double Barrel. The other is Dela Rosa.