Home CULTURE Beyond the 11,000: On Tudla Productions’ “Hindi Lang Numero” 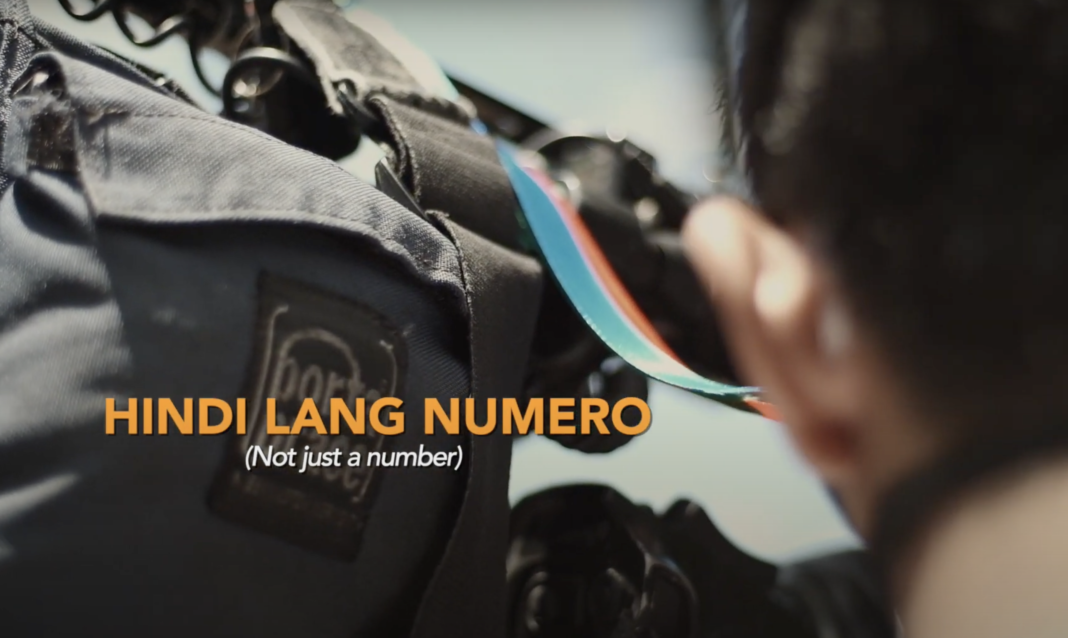 This is what Percival Penoliar, a cameraman for ABS-CBN’s News arm for 23 years, said regarding the shutdown of the largest media company in the country on May 5, 2020. This statement alone is just as striking as his story that was featured in Tudla Productions’ short documentary titled “Hindi Lang Numero.” However, Penoliar’s accounts also reflect the stories of other his fellow on-air and off-air staff whose jobs were in jeopardy as the company was denied of its franchise by the House of Representatives two months after.

ABS-CBN’s closure on May 5, 2020 and its subsequent denial of franchise by the House of Representatives is no doubt one of the defining events of President Rodrigo Duterte’s six-year term. Back then, we all thought that outright silencing a broadcasting network was just unthinkable ever since the downfall of the dictatorial rule of Ferdinand Marcos, Sr. Since then, at least many of us are clear that press freedom is vital in a democratic rule, so much so that it resisted various external intervention during the worst of times.

However, watching the anchors of its evening news scrambling for answers amid the ticking of the clock before the shutdown, the final sign-off notice on its main channel, the end of the last show broadcasted on its tele-radio service, and the subsequent shutdown of its sister channels throughout the night and over the next few weeks was just bone chilling to witness. Not only is this a blow to our freedoms of speech, of the press and our right to information, but it is also a grave insult, if not an offense, to the 11,000 employees of ABS-CBN.

“Hindi Lang Numero” highlighted the struggles of being part of a big media conglomerate that once took punches from the Duterte government. Like many people who have been working with ABS-CBN at the time, Penoliar’s work with ABS-CBN gave him stability in his career and was able to provide resources for his family. However, you can sense from his choice of words and thoughts that there is fear and uncertainty for the future, which may also be a reflection of his fellow workers’ challenges within the company at the time.

Penoliar’s sentiments just show how the highly controversial ABS-CBN shutdown brought some adverse effects to 11,000 of its diverse on-and-off-air staff in its main station in Quezon City and throughout its regional affiliates. This is why one of the main arguments for the resumption of ABS-CBN’s operations is the livelihood of its workers. It made sense, as ABS-CBN helped them in one way or another, particularly in giving them the ability to provide adequate support and resources for themselves and their families.

Yet, at the same time, the documentary also makes a point on how we, as the audience, are also affected by the ABS-CBN shutdown. Penoliar even talked about the essence of their work in ABS-CBN as disseminators of relevant information that serve the public; something that became a challenge post-shutdown due to ABS-CBN’s lack of reach in areas where they were previously accessible.

In between scenes of Penoliar expressing heartfelt sorrows for the situation are footage from the protests outside the ABS-CBN compound. ABS-CBN employees, as well as media organizations joined in on the calls for ABS-CBN’s renewal of broadcasting franchise, as well as for press freedom. In a way, this also shows another layer of our shared struggle, as Duterte keeps on challenging our basic freedoms of speech by silencing critics, including the media, activists, the youth, professionals and even fellow politicians.

Thus, we could view “Hindi Lang Numero” not just a personal account from someone inside ABS-CBN, but also as an account from someone who understands his role for public service and nation-building. The documentary captures not just the scenes and the chants from those who are vocally expressing their support for the station and for press freedom, but also the desire to serve not just his immediate circles but also the Filipino. Sure, some of its critics may say that ABS-CBN’s loss of franchise in free-to-air television is a rightful and just decision. They may point out issues of media bias, selective reporting, tax and ownership issues, and many more problems that demand for the station’s closure. However, looking at the bigger picture, we all know what the real problem is and who’s to blame. However, we can only hope that by next year, we will be able to rebuild what has been destroyed, and to fix what needs urgent fixing in our count