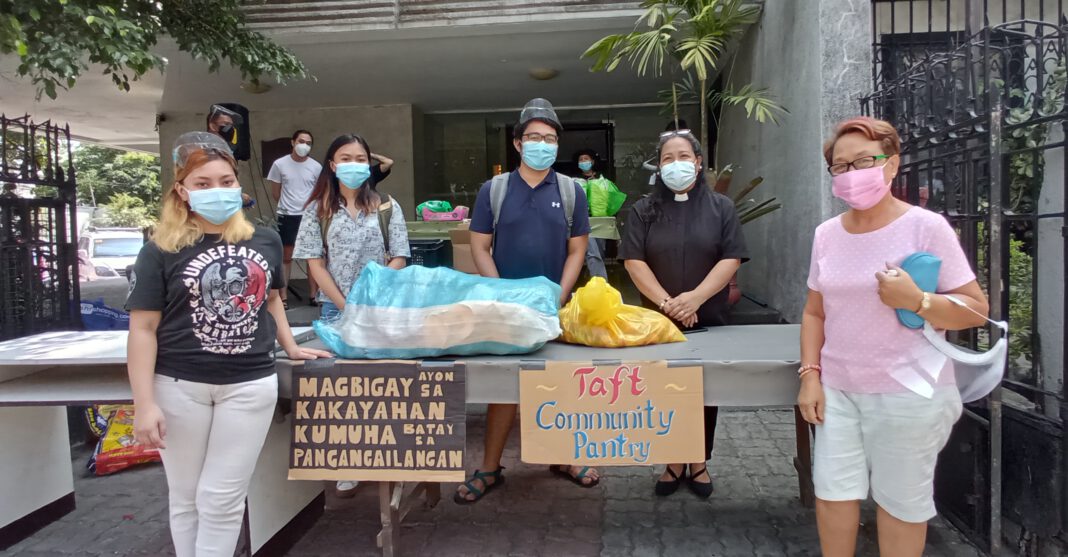 “There was never a night or a problem that could defeat sunrise or hope.” -Bernard Williams

Death, Disease, hunger, bankruptcy, face masks, face shield, ICU. All these words have barged into our daily vocabulary like a thief in the night.

The global devastation brought about by COVID-19 has left us all in a zombie-like-state-worthy of a Stephen King novel. And just like the state of the world, our country is reeling, faltering from the severe effects of the global pandemic which has claimed the lives of over 3,000,000 people around the world.

The darkness of uncertainty looms over us like a lion ready to devour its prey. We are all afraid. Governments and scientists alike have poured everything they have into developing a cure, a vaccine, medication.

Some through desperation have tried alternative drugs to help combat the spread, but what is the real virus, is it the coronavirus? Or is it fear?

Whatever your opinion maybe, the fear is real.

Yet, from a small street aptly named Maginhawa seems to be making a real dent in the war against the deadly virus and its effects. Yes, the Filipino spirit is at it again, there is something about the blood of this culture that is stubborn, hard-headed and would not seem to back down when their backs are against the wall.

A new buzzword has invaded our mouths, this time as a real glimmer of hope.

The community pantry, an old table on top of it are daily necessities for anyone to take and give freely. This revolution has spread faster than any corona variant can, tables and food of all kinds given by the needy, taken by the needy.

No frills, no lights no cameras,  no announcements, no midnight speeches, nothing but pure unadulterated caring. From one human being to the next.  This is a whole new People power movement to topple the status quo of hunger, unemployment and brutal loss that has hounded us for more than a year. Even when government raises its hands in defeat, the Filipino spirit will not lay down and die. The simple act of kindness is in reality a massive act of defiance screaming, NO, we will not be defeated, whatever you may bring, we will look after each other no matter what.

The community pantry movement has faced criticisms, stemming from forces that are supposed to be bound by duty to serve we, the people. But like in every bunch, there will always be a few bad apples, but those bad apples will soon realize that they are in an orchard of selflessness. Whether it influences them or not, only time may tell.

Despite the positive movement,  labels have been surfacing such as communists, rebels, and others too shallow to even discuss. But I, as a simple citizen challenge you, no matter the threat, no matter the label, no matter the propaganda given by our so-called leaders, we should be the change that the world will see.

This uprising has given us many inspirational stories, such as Ana Patricia Non, who at 26 years old has probably seen a steep rise in hunger, desperation and hopelessness. She is the initiator of the first Community pantry. Bravo to her, don’t backdown from the evil that persecutes you Ma’am, we are with you. Then there is Alberto Calanza, 52 a chicharron and balut vendor, who despite his limited income still found it in his heart to donate three packs of noodles. In addition to this, there is also Manong Romeo who one day, passed the community pantry in their district only to find it closed; instead of asking for goods, he gave 46 pesos in small change as a donation from selling metal scrap. Countless stories are sprouting on social media about regular folks making a difference in the country.

All the stories, smiles and joyful tears coming from this movement, kind of reminds me of something that happened long ago when a rebel received 5 loaves and 2 fish and the multitude was fed.

As of today, the Maginhawa community pantry has sprouted into hundreds of locations feeding many of our countrymen. Not only that, it has even influenced other countries such as Timor-Leste who have put up their own community pantry to relieve their citizens from the effects of devastating floods. We are setting an example to those who have abandoned us in the midst of this pandemic, we don’t need the empty promises, worthless initiatives and now even the childish name calling, the Filipino will always look out for each other.

While the dreaded virus is still upon us, absolute precautions should still be observed, and most importantly we should realize and recognize that there are heroes in each of us that can ease the burden that this pandemic has brought. Who would have thought a simple act of kindness could spread like a wild fire as hope takes centerstage after the spotlight has been on despair for quite a while?

The Philippines still shows the world of its unmatchable heart, unconditional caring and soon, we will change what the perspective of the world was, from the sick man of Asia to the hope of the world.