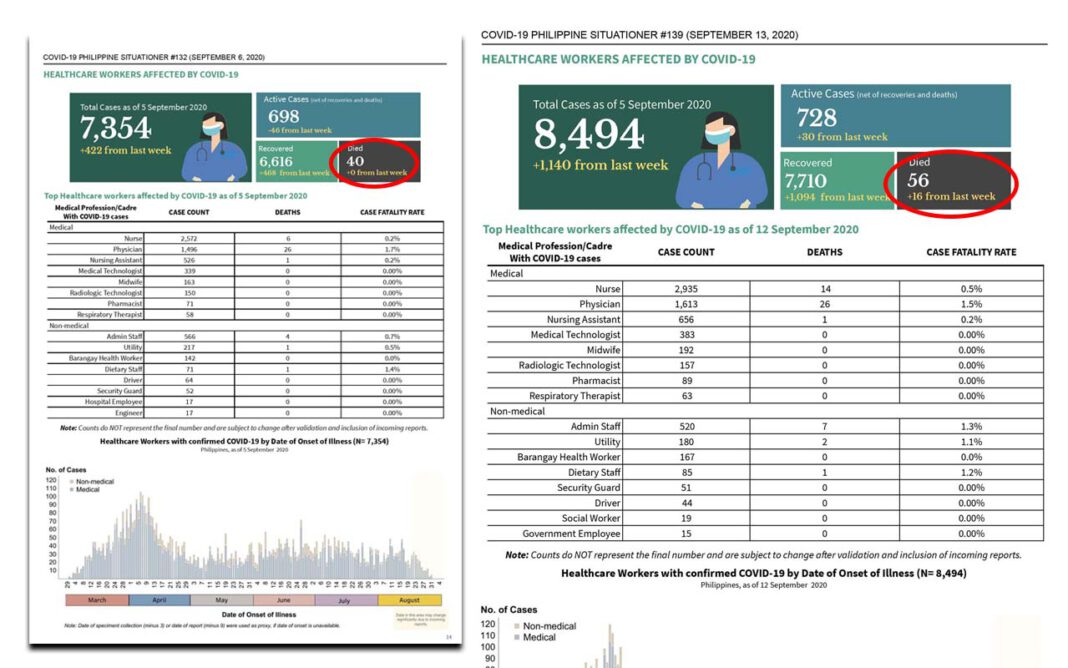 From the 40 deaths among health workers who contracted COVID-19 by September 5, the number jumped to 56 by September 12.

Of the 16 deaths recorded in the last week, 8 were nurses, 3 admin staff and 1 utility worker, while 4 new deaths were unaccounted in the breakdown.

The DOH noted “counts do not represent the final number and are subject to change after validation and inclusion of incoming reports.”

Twelve (12) deaths were reported by the DOH on September 9, bringing the total then to 52. Prior the 12 reported, the last recorded was on August 26. Also on that day, the DOH reported 662 new COVID-19 cases among health workers in one day and 552 recoveries.

Total deaths among nurses now at 14, physicians remain at 26 while 1 nursing assistant died. Deaths among non-medical staff in the health care frontlines include 7 among admin staff, 2 utility workers and 1 dietary staff.