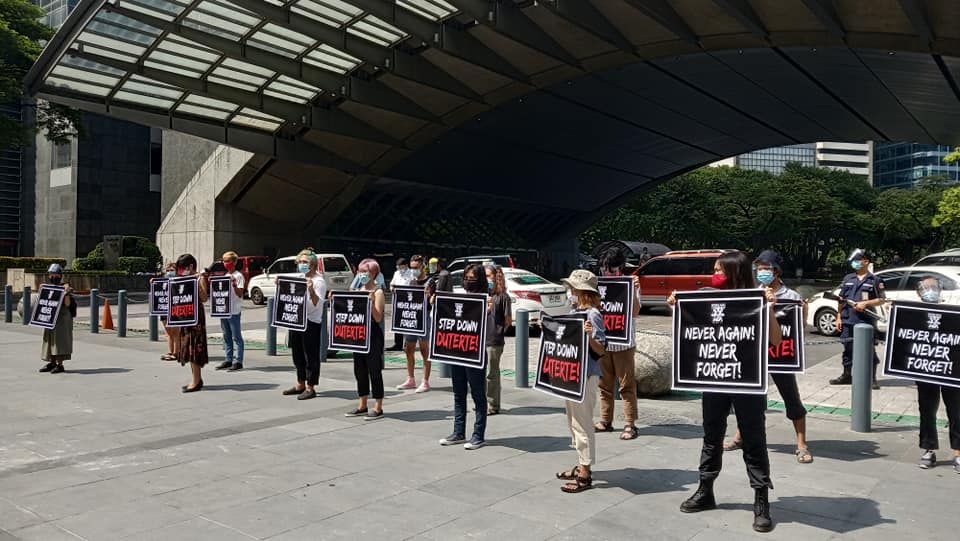 The groups carried placards with calls such as “Never Again,” “Never Forget” and “Step Down Duterte,” bringing the protest to the country’s financial center.

A motorcade from Ayala Avenue to UP Diliman followed, where the big Martial Law commemoration protest was held in the afternoon.