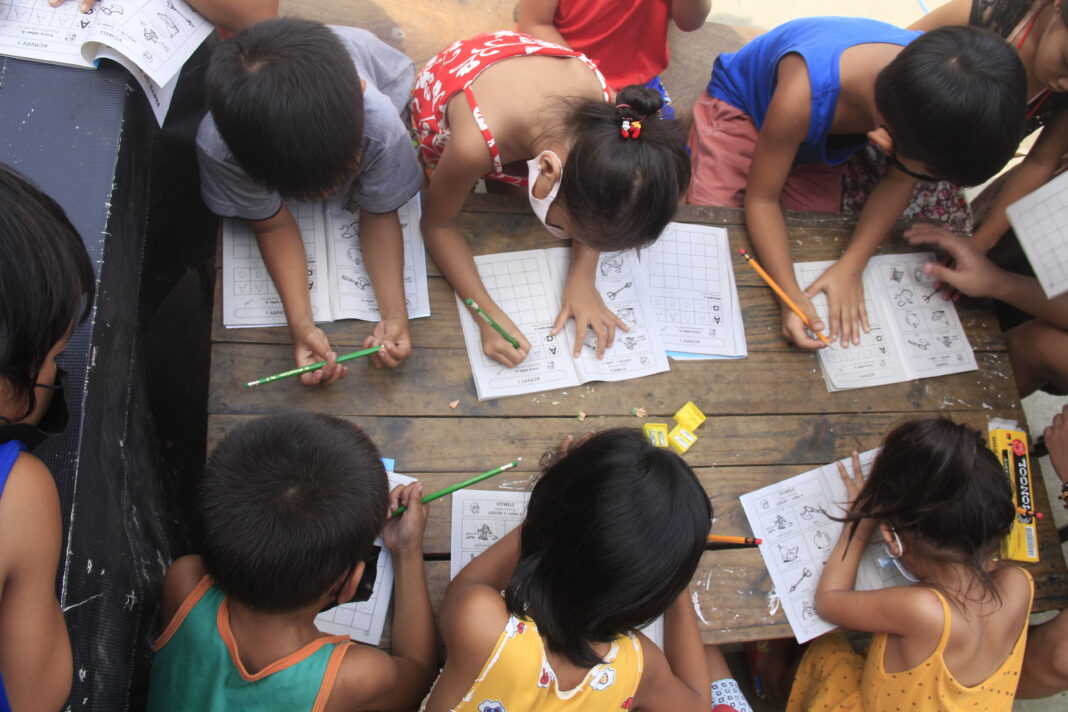 Local government units and academic institutions have imposed suspensions of online and remote learning, dubbed as “health breaks,” amid the sharp rise in COVID-19 infections in the country and threats of the Omicron variant following the holiday season.

COVID-19 data from the Department of Health showed that the country has repeatedly reached new records highs in new infections for the month of January alone, with the latest number of new cases at 37,207 on January 14, with a 47.3% positivity rate.

With the spike of COVID-19 infections, more cities and provinces have been placed under a much stricter Alert Level 3. Starting with Metro Manila on New Year’s Eve, the Inter-Agency Task Force on Emerging Infectious Diseases (IATF-EID) reverted 14 areas back to Alert Level 3 on January 6, and 28 more provinces on January 12.

Given the situation, the Department of Education (DepEd) has released a memorandum that urges regional DepEd and school division offices to “exercise discretion” in declaring class suspensions and determining the length of health break, depending on the situation within their respective areas. The department also prescribed the required length of suspension at a maximum of two weeks.

“During the suspension of classes, all synchronous and asynchronous classes shall be put on hold while submission of academic requirements and conduct of other teaching-related activities must be moved to a later date. For late submission of requirements, accommodations must be afforded for those with valid reasons,” the memorandum read.

Private schools may also impose health breaks, depending on their talks with parents’ associations and if “COVID-19 risks in their respective areas are high.”

So far, DepEd Offices in the National Capital Region and Region IV-A (CALABARZON) have already declared a health break in schools within their respective areas starting on Monday, January 17, and will last until January 22 and 29, respectively.

Some local government units have already announced health breaks in their respective cities, such as Manila Mayor Isko Moreno Domagoso and Pasay City Mayor Emi Calixto-Rubiano declaring one-week health breaks in all levels in public and private schools from January 14 to 21, and January 15 to 22, respectively.

The Alliance of Concerned Teachers (ACT) has welcomed the orders of the DepEd on the declaration of health breaks across areas with worsening health situations due to COVID-19, as they themselves are calling for a two-week health break for teachers and students in areas under Alert Level 3.

Responding to the DepEd memorandum on urging regional and schools divisions offices to impose class suspensions, the teachers’ group took it as an initial success, yet also slammed the Department’s Central Office for not deciding on the matter:

“As of yesterday, almost half of the country has been placed under Alert Level 3—most of which are in cities and urban areas—and more may still follow. Such merits an urgent health break declaration from Secretary Briones,” ACT Secretary-General Raymond Basilio said.

The calls also came after the release of the results of a health break survey for teachers, which indicated that more than half of the 10,071 teacher-respondents said that they are feeling sick, with almost half of them experiencing coughing and runny nose. Around 355 of them have also said that they have tested positive for COVID-19.

Despite this, reports show that 84.8% of the respondents have continued performing their duties while experiencing sickness, while 75.9% said that they haven’t received any form of support from their respective school divisions.

Aside from the calls for a two-week health break, the Alliance is also calling for the release of delayed overtime pays, performance-based bonus (PBB) for the year 2020, service recognition incentive (SRI), and other benefits; as well as the passage of House Bill 5349 that seeks to provide 30 days of sick leave for teachers.