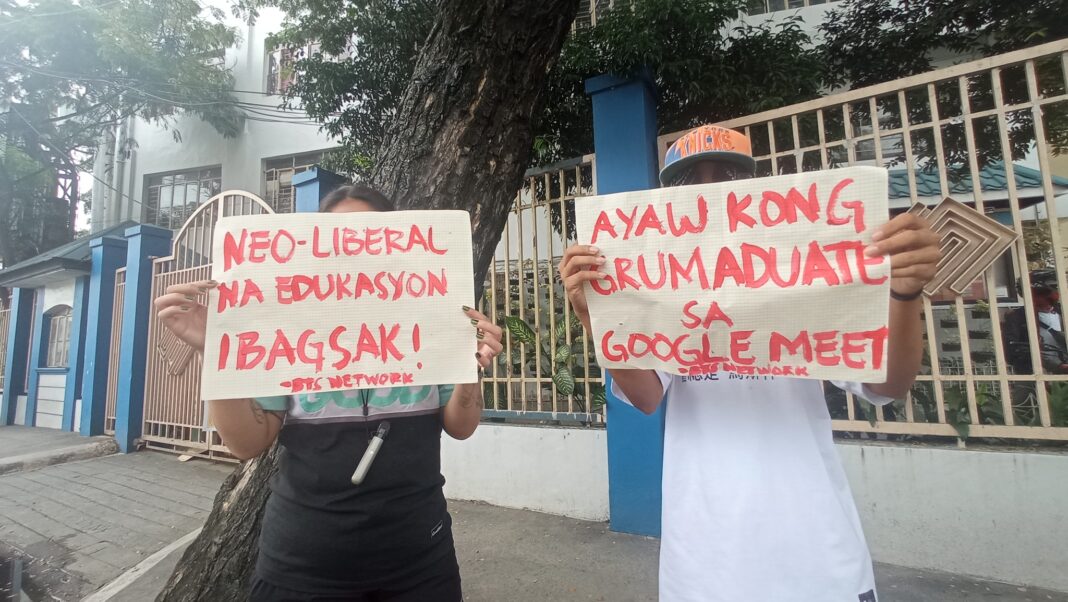 Commission on Higher Education (CHED) Chairman Prospero de Vera on Thursday, January 13, said that about 126 colleges and universities, mostly in NCR and Region IV-A, are already implementing some form of “health breaks” within their respective campuses, amid yet another COVID-19 surge in the country following the holiday break.

Announcements from their respective official social media handle cited class suspensions on the increase of individuals with COVID-19 and flu-like symptoms reported through various health surveys conducted in schools.

For instance, the Polytechnic University of the Philippines-Sentral na Konseho ng Mag-aaral (SKM) in Sta. Mesa, Manila reported on January 13 that, among 28,114 respondents, 715 individuals, including 33 from Basic Education, 50 from the Open University and four teaching personnel, have all tested for COVID-19. Meanwhile, 11,925 individuals are experiencing COVID-19 symptoms while 21,729 have reported having flu-like symptoms.

De La Salle University-Manila also reported on January 7 that almost 60% of people within their academic community have been sick, prompting the suspension of classes across all grade and year levels.

De Vera also reported that some schools have decided to reopen classes on a later date, with PUP to not follow suit with the earliest target date of school reopening and instead, decided to reopen schools for in-person learning on Academic Year 2022-2023.

Some schools are also yet to decide on the reopening of schools as they recover from the aftermath of Typhoon Odette, including those in Central and Eastern Visayas, and in Region XIII (CARAGA).

On the matter of a nationwide academic break, de Vera said that there is no need for such measure:

However, not every school has been swift in suspending classes, even with the orders from the local government, as the University of the East (UE) administration drew the local government’s ire for reportedly defying the class suspension imposed by Manila Mayor Isko Moreno Domagoso.

UE Dawn reported that the University has only cancelled classes in the basic education in its Manila campus while pushing through classes at its Caloocan campus.

However, it was the report of UE’s Red Wire on University President Esther Garcia assertion that local governments are not authorized to issue class suspensions at the tertiary level that prompted Moreno to call out the University through a recorded video:

“So UE, president of UE and all other members of the board of regents, nakikisuyo po ako sa inyo. Don’t do this to us again. We must work in harmony,” he added.

Moreno further issued a Show Cause Order to UE, demanding the University for an explanation on the matter and why a Cease-and-Desist Order should not be filed against the University.

UE eventually declared suspension of classes in both Manila and Caloocan campuses from January 17 to 21.