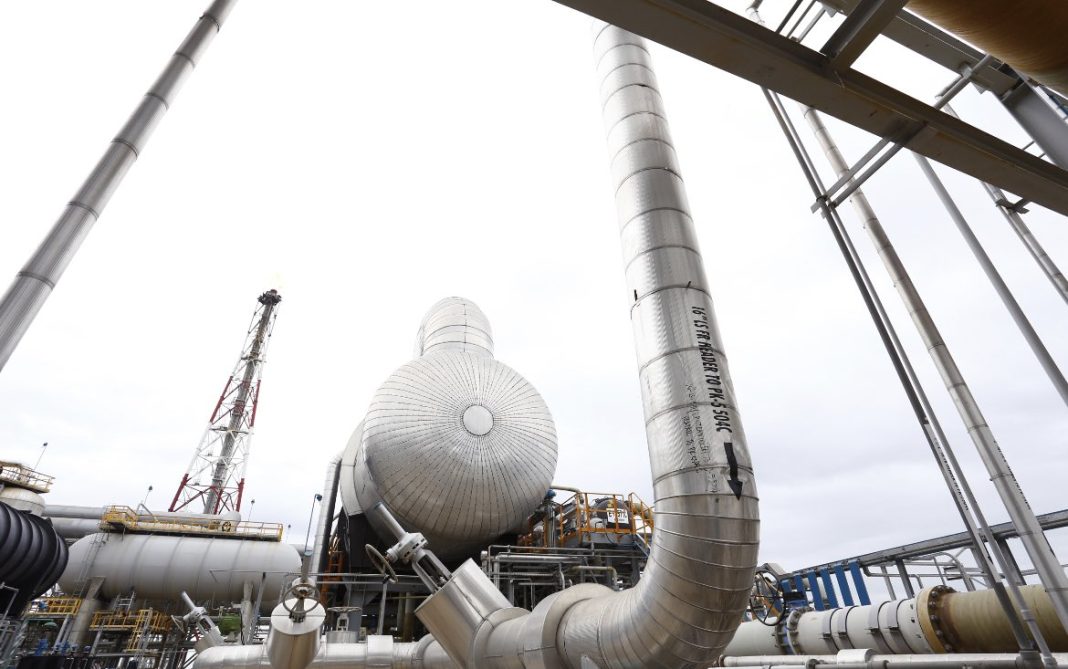 The month of October 2022 saw rounds of oil price hikes after several weeks of price drops. As usual, the increases overwhelm the price drops. In sum, the oil prices this month increased by P9.55/liter for diesel and P2/liter for gasoline, while the rollbacks only amounted to P1.55/liter for diesel and P0.75 for gasoline. Fare hikes were increased twice this year in a span of four months, as the current fares fail to correspond to rising oil prices.

This has prompted various groups like PISTON, Bayan, Gabriela, IBON and others to reiterate their calls for the suspension of oil taxes.

Even the Department of Energy worries about oil price increases in the coming weeks should the Organization of the Petroleum Exporting Countries push through with its plan to cut down its oil production by two million barrels per day starting November 2022.

What is causing high oil prices in the Philippines?

The Philippines is a net importer of oil, getting almost 100% of its supply from importation. This is why external factors, such as conflicts within or among countries that can hamper oil supply or lower oil supply produced by exporters, are a main concern when it comes to oil prices in the country.

Spikes in oil prices internationally—and more particularly of the Dubai crude based on the Mean of Platts Singapore—have been followed by the pricing of oil locally. Various groups hit oil companies for exacting and enjoying “windfall profits” through this and also accuse them of overpricing, citing that the local oil companies have oil stocks and could have bought their supply at lower prices but are selling them depending on world market prices, especially when they are surging.

Research think-tank IBON said that even without the oil price increases locally, oil prices are already artificially high in the world market, since monopolies control and dictate the price. Then there is the local oligopoly of oil companies that have dominated the oil industry and controlled and dictated oil prices as they remain insufferably high—in exact contradiction to the said purpose of Republic Act (RA) 8479 or popularly known as the Oil Deregulation Law of 1998. Instead of prices going down with the opening up competition, oil prices have steadily risen as the big oil companies solidified their hold on the industry.

The year-to-date increase for the price of diesel even reached a high of P45.90 per liter by the end of June, and was only reduced due to the several rollbacks before the price again increased this month.

Oil price increases or rollbacks are announced and implemented weekly, usually every Tuesday of the week.

Prices of basic goods such as food and services drive up when oil prices increase. This is because oil is an input used from the production of goods, for energy and up to the delivery of goods and services.

In turn, price hikes in oil, energy and food are among the main drivers that push up inflation, according to the Bangko Sentral ng Pilipinas.

Inflation—or the rise of prices over a particular period of time—has risen to record-highs at the start of the Ferdinand Marcos Jr administration. In July, the Philippine Statistics Authority (PSA) reported the inflation rate at 6.1%, the highest since October 2018. Marcos Jr, however, claimed “it was not that high.” By September 2022, the inflation broke another record at 6.9%, the highest since 2009, while food prices rose by 7.4%. Marcos Jr said this time around that “we are still doing better than other countries in terms of inflation.”

But how could Filipinos care about how other countries’ inflation numbers figure or how could they assuage the direct and tangible effects of inflation with comparing how better we are faring when the effects of oil and basic goods price increases permeate their daily activities and are felt at the gut-level?

The administration of Rodrigo Duterte, just before its term ended, was reluctant to raise fare and wages, with former Socioeconomic Planning Secretary Karl Kendrick Chua saying that these demands will drive up inflation and that when inflation spikes, this would be felt by a larger population instead of a number that the government can manage to extend with cash aid.

But with the unrelenting oil prices increases, fare and wage increases could not be helped—if wage increases need to occluded at all to achieve flashy or acceptable economic numbers.

The government continues to implement the lofty albeit limited Libreng Sakay (free rides on some routes), and this is also to curb inflation and the effects of oil price and fare hikes, while no lasting and encompassing solution has been arrived at and implemented.

Wages of workers in the private sector were raised only for the second time under the Duterte administration in June 2022. The minimum wage in the National Capital Region (NCR) was raised by P33. From 2016 to 2022, the minimum wage in NCR went from P471 to P570, getting only a P79-increase in six years. Meanwhile, IBON said food prices have gone up by 20 to 95% in the same period.

The wage increase or the cash aid or ayuda (when it comes) could no longer suffice and were siphoned to cover maybe just the increases in oil and food prices.

Excise tax and 12% value added tax (VAT) are oil taxes passed on to consumers. From January 2022, because of the TRAIN Law or RA 10963, the excise tax on gasoline is at P10/liter and P6/liter for diesel. The 12% VAT is added on the gross selling price of the petroleum products.

The rising oil prices have resulted to high production costs, high prices of goods and services and loss of livelihood. Jeepney drivers and fishermen have either left the trade or needed to find extra or alternative livelihood or sources of income because they were unable to shoulder the brunt of oil price hikes.

Various groups, even legislators, have pushed that the immediate suspension of oil taxes will bring immediate relief to the people. How? First, if excise taxes on oil are suspended, P10/liter of gasoline and P6/liter of diesel will be shaved off its current prices. Second, the suspension of 12% VAT on oil products will also deduct an additional P6 to P8, based on the current oil prices. Third, this will benefit all Filipinos who directly or indirectly consumes or uses petroleum products—be they poor, middle class or rich. Fourth, the lowering of oil prices can contribute to lower prices of basic goods, especially food.

But the previous Duterte administration and the current Marcos Jr administration both did not want to suspend oil taxes. Early this year, when there were calls all around for the suspension of excise tax on oil, but Duterte instead heeded his economic advisers to just give a meager P200/month or P2400/year aid for the poorest 50% households instead.

Marcos Jr and running mate Sara Duterte first chimed in with calls to suspend excise taxes during the electoral campaign, but Marcos Jr later reversed his stand. He instead wanted to re-introduce the Oil Price Stability Fund (OPSF) that was the program of his late father. The group Philippine Institute for Development Studies o PIDS found in its study how the OPSF—a buffer fund that oil companies contribute to when oil prices are low and take from when they are high—led to budget deficits as the government shouldered most of the costs.

The government said it would lose P117 billion in 2022 if the excise tax on oil is suspended and that this would be detrimental to the delivery of social services and to economic recovery.

Groups and legislators point to many other sources of funding for the government that can replace what would be lost in the suspension of oil taxes. Former Senator Panfilo Lacson said the government can suspend 78 lines of VAT exemption such as those for energy companies cooperatives, housing and economic zones and it can gain the P117 billion it projected to earn from oil excise taxes. Makabayan reiterated IBON’s suggestion to suspend the corporate income tax cuts under the CREATE Act, where the government stand to lose P115.8 billion in 2021 and P101.8 billion in 2022. IBON also suggested that government implement a “wealth tax,” imposing a 1%-tax to those who earn P1 billion, 2% for P2 billion and 3% for P3 billion and higher and this would earn the government P470 billion. Rep. Rufus Rodriguez said in the previous 18th Congress that government can also impose savings on non-essential expenses such as travel, entertainment and recreation, and maintenance and repairs among others. National Union of Students of the Philippines NCR also looked to how the government can save money—and they think that is through cutting down on debt servicing, lump sum funds or pork barrel, confidential and intelligence funds and NTF-ELCAC funds in the 2023 proposed national budget. BAYAN NCR said that the collection of the P203-billion estate tax debt of the Marcos family is another source of funding for the government.

How can oil taxes be suspended?

Like the legislators’ suggestion to Duterte before his term ended, Congress could call a special session to pass a bill to suspend oil taxes. The new president can certify this as urgent so this can be prioritized. There are currently three bills in the Senate and four bills in the House of Representatives calling for the suspension of excise tax, suspension of both excise tax and VAT or a reduction on excise taxes collected.

Malacañang could also explore issuing an Executive Order for the temporary suspension of collection of oil taxes so that oil prices could immediately go down.

Various groups have also reiterated calls to review or junk Oil Deregulation Law to give government back its regulatory function. Part of this is also the call for the unbundling of oil prices to see the cost components and ensure no overpricing can take place.

Another long-term solution is for the government to finally develop the oil reserves in the country and develop a nationalized oil industry, so that oil prices are not dependent on and vulnerable to external factors that set oil prices internationally and even locally.

While Malacañang remains silent on the call for immediate relief from oil price increases in the form of oil taxes suspension, these long term solutions have a long way to go.