Home OPINION The Filipino people with deep sense of patriotism must be vigilant on... 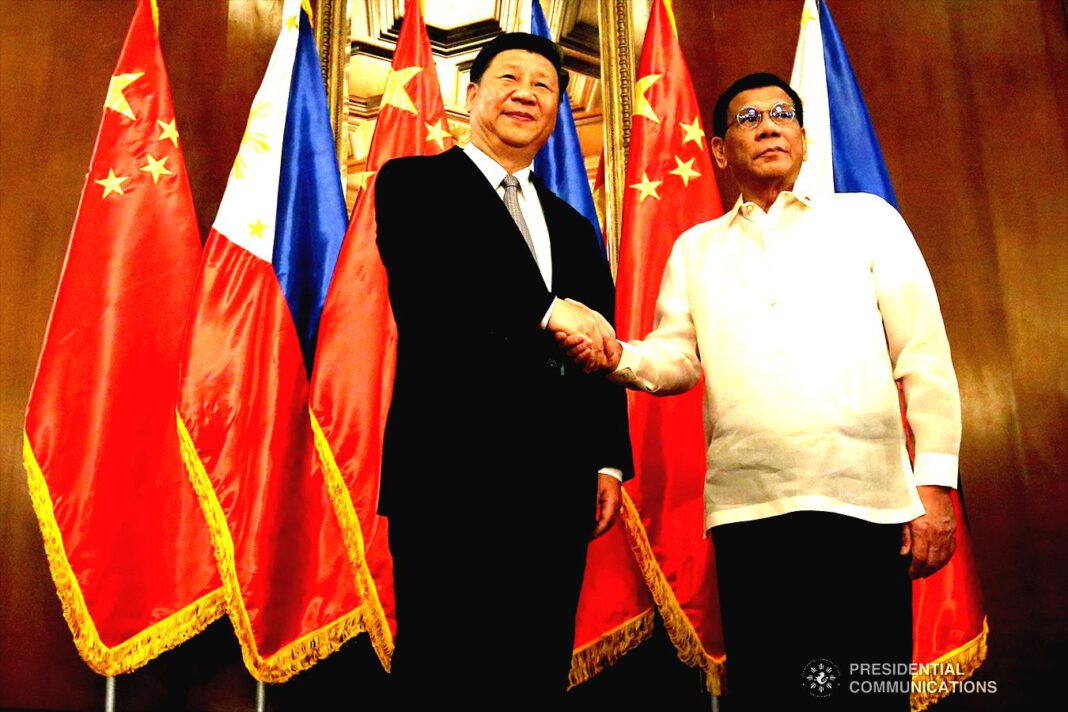 In the report related to the recent visit of President Rodrigo Duterte in China, Duterte signed an agreement for a joint commission, “to deal with the exploration and exploitation of oil and gas resources in the exclusive economic zone of the Philippines.” This commission will be co-chaired by the Chinese foreign minister and by the Philippine foreign secretary.

In light of this recent agreement, can the Filipino people trust Duterte?

It is very clear that China does not recognize the sovereign rights of the Philippines. China has been refusing to respect the final judgment of the Permanent Arbitration Commission under the United Nation Convention on the Law of the Seas (UNCLOS).

Freedom loving-Filipinos must assert the sovereign rights of the Philippines in its EEZ. Any exploration in this EEZ must be solely managed by the Philippine authority. The people should not trust with China, which did not extend its hands to the Philippines in a friendly manner as it extends loans with high interest, building of military structures on our territory and other encroachments. The Filipino people should defend the country’s sovereignty and national freedom against the intrusion and intervention of China.

Studying some articles on China’s economic encroachment and military intrusion, there are many reasons why Filipinos should defend and uphold the country’s national sovereignty and territorial integrity.

Some of these reasons are:

It is only right and proper that the demand of the people to China includes the following:

China’s incursions and encroachment on the Philippine seas and the Philippine EEZ will surely strengthen the Filipino people’s struggle for national and social liberation.

The prevailing socio-economic-political system in the Philippines, in which for several decades, the US had imposed neocolonial rule and made this country economically backward and militarily dependent to the US. US domination in the Philippines has made the country vulnerable and susceptible to Chinese drive for imperialist domination.

The Filipino people must draw international support for their cause. They must call on the Chinese people to support the Filipino people’s resistance to defend sovereignty against affronts by their repressive and expansionist regime.

They must encourage all peoples and their governments to give all forms of support—diplomatic, political, legal, moral and material, to the struggle of the Filipino people to get back their seas from China. But the Filipino people must forewarn any country against military interference in the Philippines

The Filipino people must challenge the Filipino young intellectuals to serve as the inspiration of Filipino patriotism and be the force of nationalist struggle against foreign intervention.

The Filipino youth can study, popularize and propagate the writings of the stalwarts of Filipino nationalism and help unite the Filipino people.

How big is the military force of China and the US, if the Filipino people are united they will triumph in this struggle? The Philippines must be liberated from all forms of foreign domination.

The Philippine churches must be part of this struggle. The Filipino clergy in 1896 revolution participated in the struggle for national liberation and democracy. During the Marcos dictatorship, church people offered their lives for democracy, human and democratic rights of the people. Until now church leaders and church people are aspiring that the Philippine society will experience a genuine and lasting peace. The struggle is both prayer and action. It is in word and in deed that Christ taught his disciples to do so.