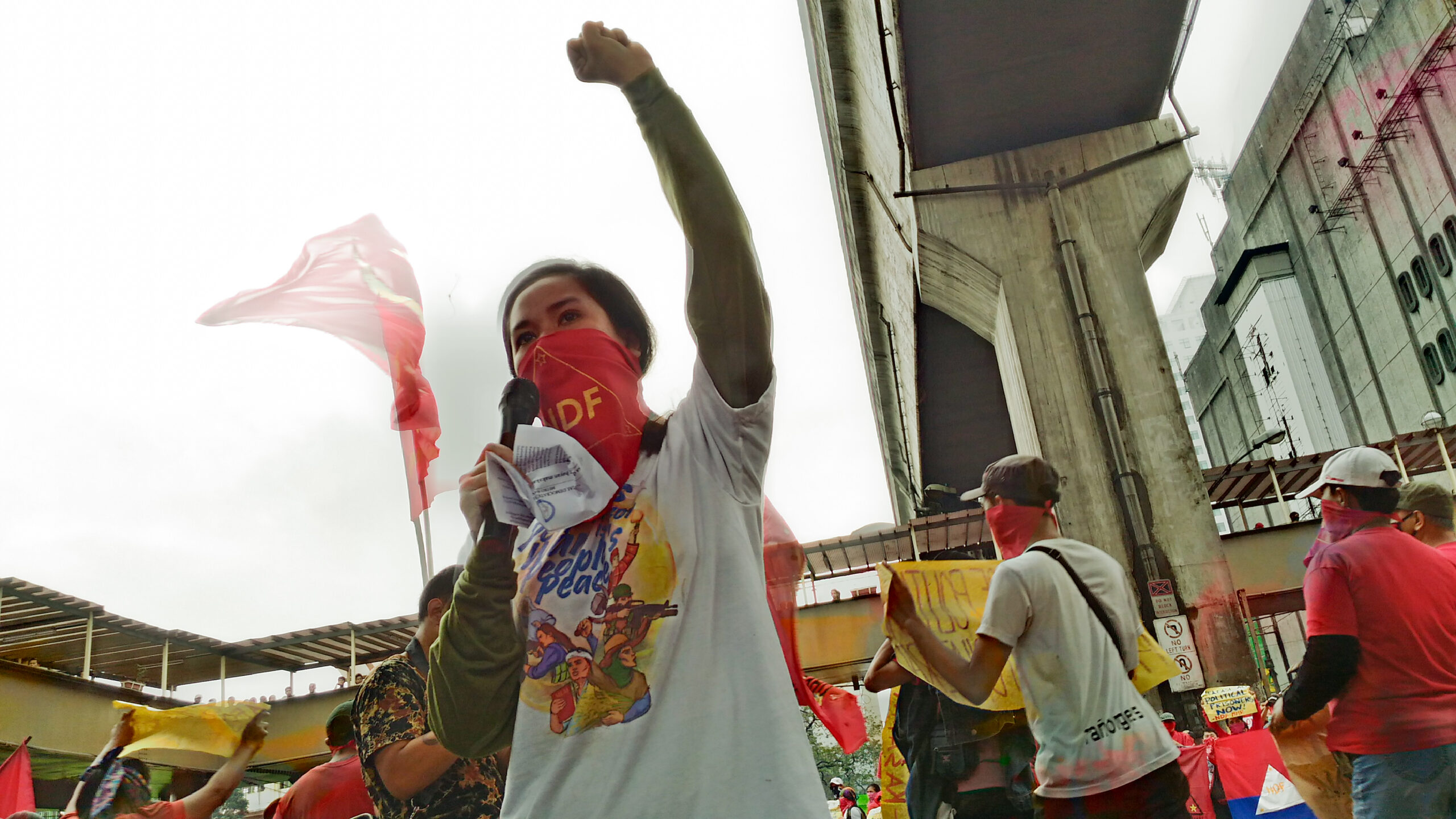 On a Monday morning rush hour, the traffic along the EDSA-Aurora intersection in Cubao, Quezon City was temporarily halted when around a thousand members of revolutionary organizations allied with the National Democratic Front of the Philippines (NDFP) held a lightning rally. The groups expressed their support for the ongoing peace talks between the Government of the Republic of the Philippines (GRP) and NDFP in Rome, Italy.


“Malaki ang nakataya sa yugtong ito ng usapang pangkapayapaan para sa malawak na masa na sadlak sa kahirapan dahil mga sosyo-ekonomikong mga reporma ang nakasalang at pinag-uusapan ng rebolusyonaryong gobyerno at ng rehimeng Duterte (There is a lot at stake at this stage of the peace talks for the people who are plunged into poverty because the socio-economic reforms is already next on the agenda with the revolutionary government and Duterte regime talks),” said NDFP Metro Manila in a statement.

The next supplemental agenda on the table for the GRP-NDFP peace talks is the drafting of the Comprehensive Agreement for Social and Economic (CASER) that is considered the “meat” of the peace talks. The agenda on social and economic reforms hit the core of the peace talks objectives, to address the root cause of the armed conflict.

On the other hand, the group slammed the Duterte administration’s apparent rush to sign a bilateral ceasefire.

In a statement, revolutionary youth group Kabataang Makabayan spokesperson Maria Laya Guerrero called on the Duterte administration for the immediate release of all political prisoners.

Guerrero further stated that the promise of releasing political prisoners in exchange of a bilateral ceasefire agreement, it appears that the government is not after a lasting peace but an artificial peace in a form of a ceasefire.

NDFP Metro Manila emphasized that Duterte’s promise of change and reforms is slowly turning away from the people, so the people has no other recourse but to further intensify the people’s war they are waging.