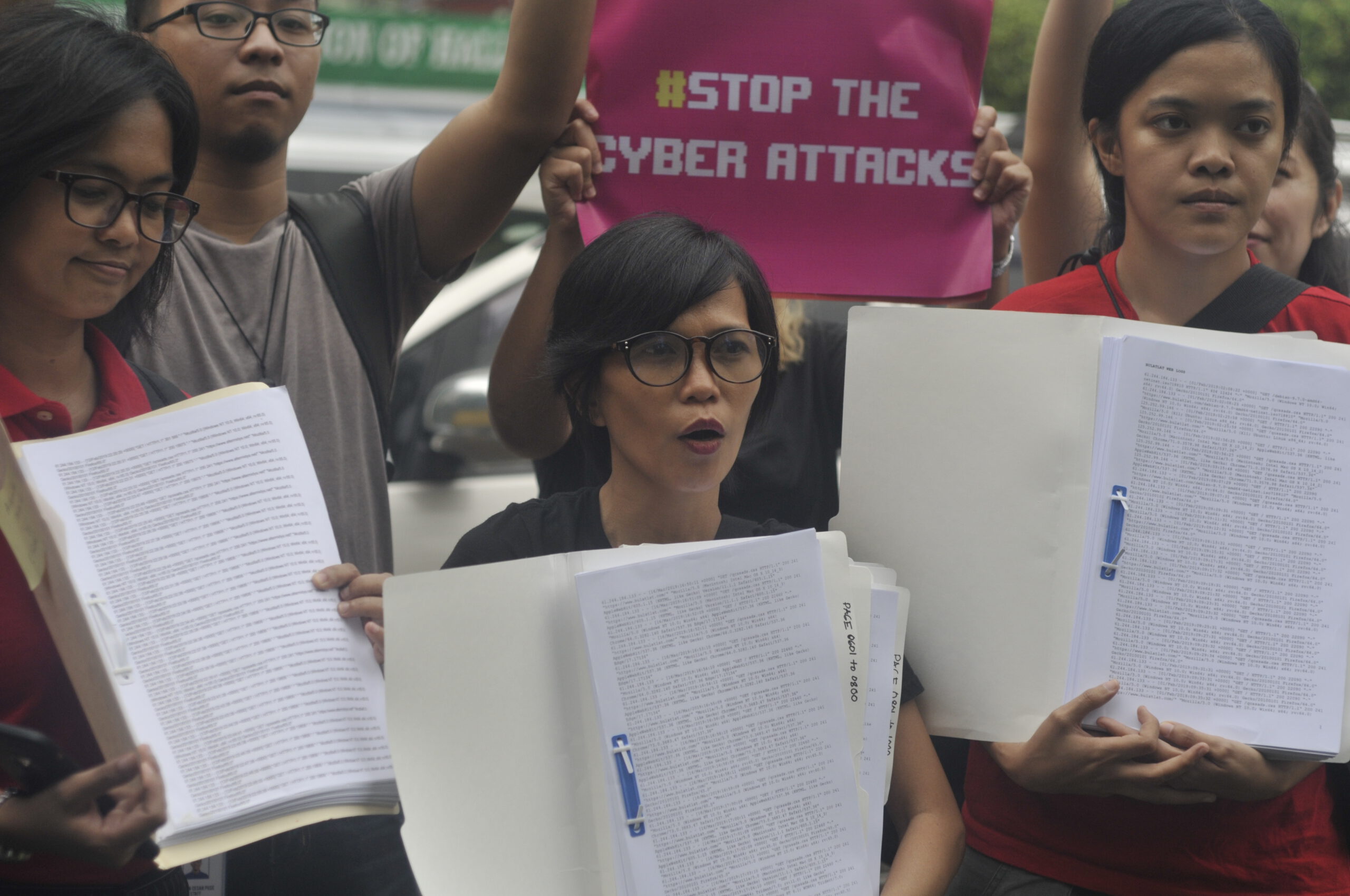 [Today is the preliminary conference for the civil case we filed against IP Converge and Suniway. Today we presented evidence and information about the plaintiffs and a little background about the case that will take place today before the Quezon City Regional Trial Court.]

Last March 29, Altermidya, Bulatlat.com, Kodao Productions and Pinoy Weekly filed a civil case against IP Converge Data Service, Inc. (IP Converge) and Suniway Group of Companies (Suniway). The complainants found the two companies to be the sources of distributed denial of service attacks (DDoS) against their websites, according to digital forensics investigation of groups that helped them curb the takedown of their websites.

The NUPL is representing the four media outfits in the case.

IP Converge and Suniway have denied direct knowledge of the cyberattacks launched against the websites of Bulatlat, Kodao, Pinoy Weekly and Altermidya.

IP Converge admitted that it leased 64 IP addresses to Suniway, including the IP address identified by Qurium Media Foundation to be the source of cyber attacks.

“Suniway should be held liable for all the damages and expenses caused to IP Converge as a result of this case, and for whatever amount may be adjudged against IP Converge by virtue of the complaint,” the IP Converge stated in its Answer to the complaint.

Both companies said they neither have control nor access to the IP addresses they lease to clients. They also cite the Data Privacy Act for not acting on the cyberattacks.

The companies have also filed counter-claims against the four media groups for “besmirching their reputation.”

IP Converge demands P1 million from each plaintiff for moral damages, P1 million each for exemplary damages and P1.5 million for attorney’s fees and cost of litigation. Suniway is claiming P2 million for moral damages, P500,000 for exemplary damages and P500,000 for attorney’s fees at cost of litigation. In sum, both companies are claiming a total of P12.5 million.

“We view this as a form of intimidation given that all the plaintiffs are non-profit media outfits,” Altermidya said in a statement.

This is the first case filed by media groups seeking accountability over cyberattacks.