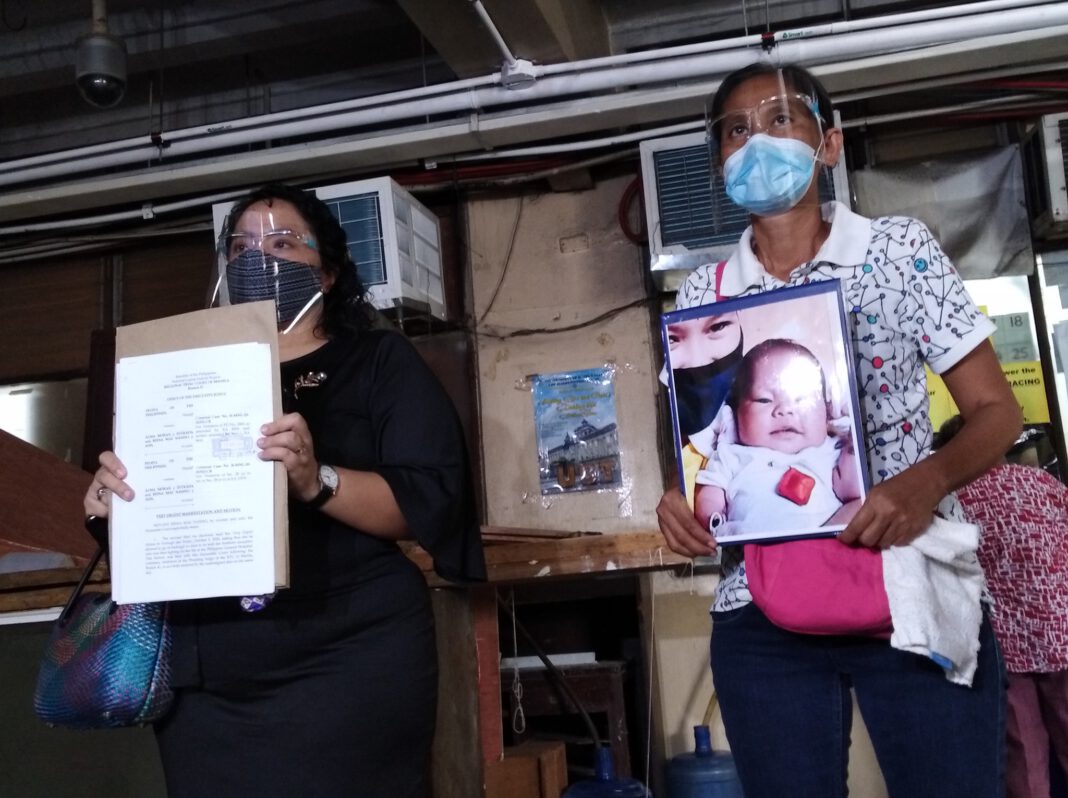 Nasino was given three-day continuous furlough to visit the wake and attend the burial of her daughter River Emmanuelle “Mikmik,” who passed away on October 9 due to acute respiratory distress syndrome.

On October 12, families and relatives along with NUPL filed a “manifestation” to follow through Nasino’s motion in a bid for the court “to immediately give her the decent and humane chance to be with her baby daughter, whom she was not able to comfort and hold while in sickbed up to her dying hours, for the last time, and to properly grieve over her tragic and untimely passing.”

Kapatid, a group of political prisoners’ kin, hailed the decision of MRTC, saying “thank you for not failing her this time.”

“We thank the said court under Judge Gallegos for not failing her this time and for giving her the compassion that some other courts have not given her. There is no reason to deny her motion. If big names in politics were allowed furlough, the same should be accorded to a grieving mother whose only desire now is to have a last glimpse of her dead 3-month-old child,” said Kapatid spokesperson Fides Lim in a statement.

“This is the longest furlough period given to a political prisoner in recent times. Andrea Rosal was only given 3 hours to go to the wake of her daughter, Diona Andrea,” said Palabay.

The written court order will be served by the sheriff to the Bureau of Jail Management and Penology (BJMP) tomorrow, October 14.

Baby Mikmik’s burial is slated on Friday, October 16, at the Manila North Cemetery.