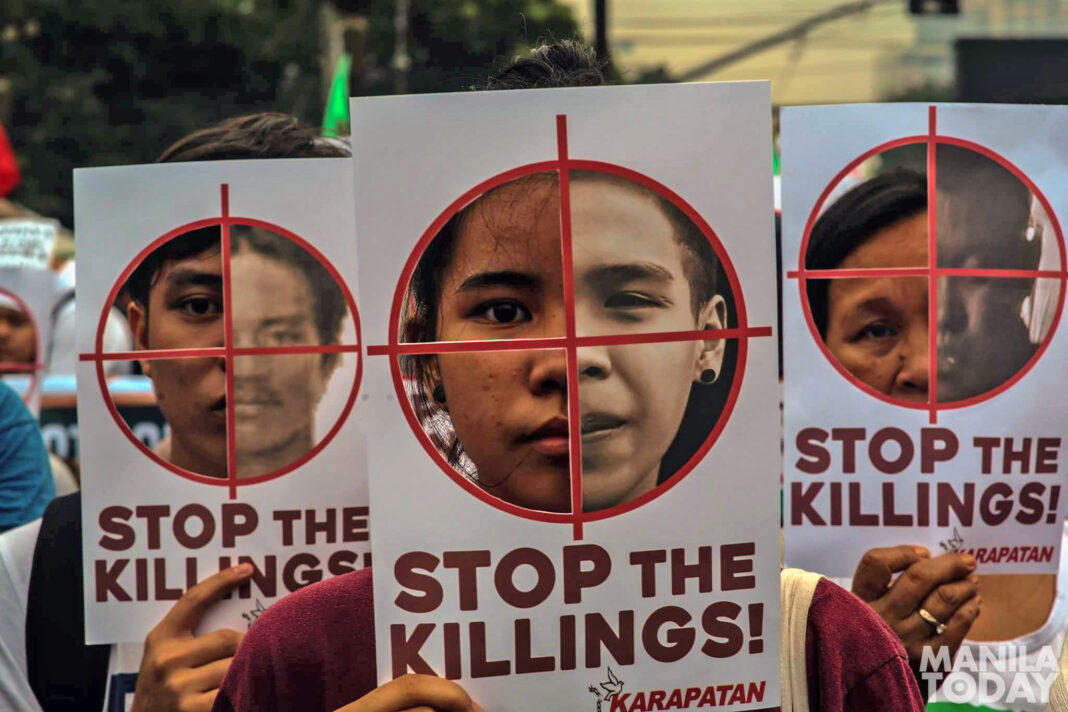 Various sectors marched on International Human Rights’ Day on December 10, partly a traditional annual protest of activists, but more so today because they have urgent calls, placards and photos to hold up for the public and the world to see.

Church workers held the photo of Catholic priest Fr. Marcelito “Tito” Paez and Kings Glory Ministry Pastor Lovelito Quiñones who were killed on December 4 and 3 respectively. Fr. Paez was gunned down by motorcycle riding-in-tandem, while Pastor Quiñones was killed by soldiers from the Regional Mobile Group who justified the killing by accusing Quiñones to be a member of the New People’s Army. A gun was planted beside him.

Church workers also held the photo of Iglesia Filipina Independiente Bishop Carlo Morales who is detained for more than six months with National Democratic Front of the Philippines (NDFP) peace consultant Rommel Salinas, even if the NDFP has shown and the Government of the Philippines (GRP) negotiating panel verified Salinas’ ID when the peace talks were ongoing in accordance with the Joint Agreement on Safety and Immunity Guarantees.

Lumads decry killings, illegal arrests, evacuation, bombing and militarization, food blockades in communities of Lumads all over Mindanao that has been reported on a daily basis before December 10. Alternative Lumad schools also continued to be vilified by military on the ground and by paid trolls in social media. Lumad children who evacuated find it hard to return to their ancestral lands after a 19-yo student, Obello Bay-ao, was killed in September.

Human rights defender Elisa Badayos and farmer Eleuterio Moises were killed while they were conducting a fact-finding mission in Barangay San Ramon, Bayawan, Negros Orientalto investigate cases of harassment and other human rights abuses carried out by a local landed family clan against farmers and communities involved in a land dispute.

As another December 10 goes by, must more photos of killed, missing or detained be held up before we act?