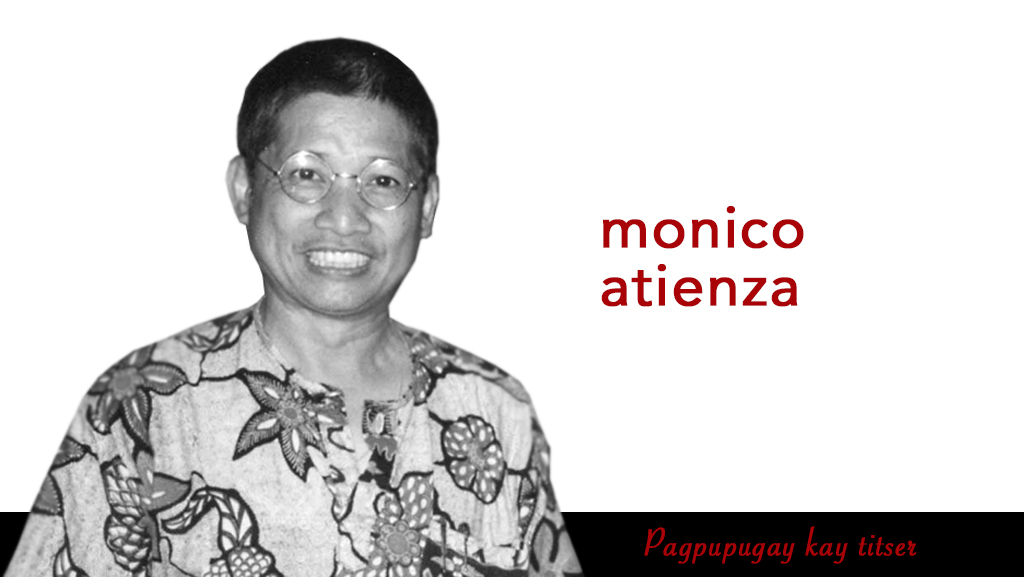 Today I remember a professor who’s passed on, but living on and large through his legacy of critical thinking and frank outspokenness. Monico Atienza was my professor in a subject I can no longer remember, and one where I did not get a grade.

After I shifted courses, I needed to enroll in elective subjects, any course code in the 100 series in UP Diliman. I took on one of Sir Nick’s subjects, hoping he would understand if I had to absent myself if I chose to go to rallies. Sir Nick said he will treat me the same way he would treat the others, but encouraged me to bring along my classmates if I needed to go.

I was alien to the Filipino department in the College of Arts and Letter, fresh from being book-and laboratory-bound in the College of Science and moving on to English-inclined College of Mass Communications. I only knew a few people in my class and wanted to just slip away.

For Sir Nick, free flowing discussion was focal. He rarely, if at all, scheduled lecture sessions, putting emphasis on discourse.

“Gusto ko matuto tayo sa isa’t isa,” he said at the start of the semester.

We didn’t have exams; we submitted essays, graded not on the standard of what the professor said, but on the scale of how much the student has learned. In class we talked about theory, current events, and everything else under the sun. I found myself drawn in more and more. I think I was only absent at least thrice, and rarely late. Sometimes I had to restrain myself from talking much, because the 1.5 hours would run out sooner.

Our final requirement was a group project about the use of Filipino among young ones (I forgot exactly). I was assigned to a group of Ingliseras. But we found a way to bond and presented our findings before Sir Nick at his office at the Faculty Center. We made all sorts of realization about privilege, me sharing several points about my own remolding as an activist that involved being more comfortable in Tagalog. Sir Nick, former secretary general of the Kabataang Makabayan, would nod along, as if to indicate he understood how it was to be young and petit-bourgeois.

When my classcard came back, it was marked incomplete! Confused and slightly betrayed, I asked about my grade. The report you made was a bit late, he began. But my groupmates have grades already, I reasoned. Do you need a grade now, he asked back. (Turns out later, I didn’t.) Then he gave me a most memorable backhanded compliment: Maybe you can join my class again next semester. (Regrettably, I didn’t.)

I’ve forgotten much of what we discussed, much more what course it actually was. But I will always remember these lessons from the legendary Monico Atienza: to continuously learn inside and outside the classroom, from those who come before and after you; and to confidently speak up but humbly listen better.