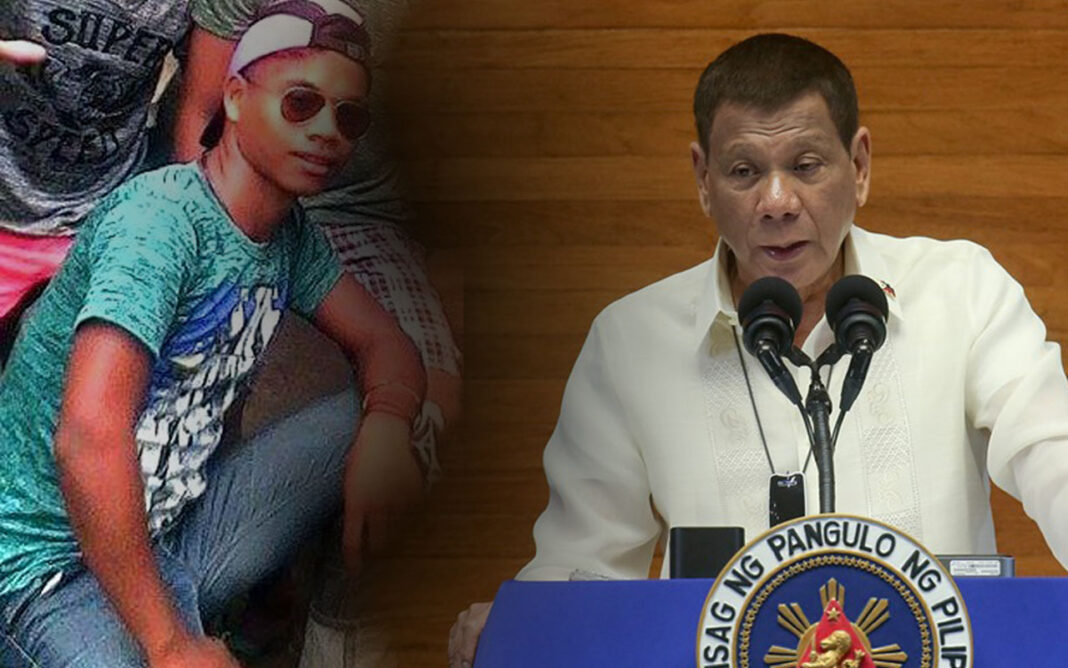 “Mr. President, you propagate fake news when you say that there are no abuses during martial law in Mindanao. Paramilitaries who killed Lumad student Obello Bay-ao have been charged, soldiers peppered a community of Lumad in Lake Sebu with bullets resulting in the massacre of seven of their leaders, and our former colleague in Karapatan, human rights worker Honey Mae Suazo, had remained missing since November 2019. Thousands have been displaced and violated when Marawi was bombed and they are still unable to return to their lives and homes,” said Karapatan in a statement.

Duterte talked about martial law when he discussed internal security through a whole-of-nation approach to bring peace and order and development in the countryside and the need to implement the Barangay Development Program.

“Martial law in Mindanao ended without abuses by the civilian sector, by the police, by the military. It ended because this time I know that they know how to love the country,” said Duterte, the body applauding in his declaration of no abuses.

The group also likened the president’s Barangay Development Program to the war on drugs.

“If martial law in Mindanao alone has already led to countless and brutal human rights violations, your scheme of deploying the military in so-called barangay development programs as part of the “whole-of-nation” counterinsurgency approach will only result to the further militarization of civilian bureaucracy down to the barangay level—a tactic not very far from your campaign of mass murder under the drug war—and give way to more military and police abuses in line with their implementation.

The group also said the “whole-of-nation” approach will only target communities, activists and dissidents under the guise of protecting “national security.”

“We are not fools, especially now that the Anti-Terrorism Act is in place,” Karapatan added.

While Duterte thanked Congress for their work in passing laws the government needed such as the Bayanihan to Heal as One Act and other laws he pushed to be passed, the president made no mention of the much-protested anti-terrorism law.

At least 19 petitions filed at the Supreme Court challenging its constitutionality and breach on human rights.

Duterte declared martial law in Mindanao from May 2016 to December 2019, extending it three times with Congress approval.

“Mr. President, if indeed you do not evade your human rights obligations, why opt out of the Rome Statute when investigation on your alleged crimes against humanity was initiated? Why do you continue to malign and undermine United Nations Special Procedures who seek to visit and investigate the rights violations in the Philippines? Why did you not allow United Nations High Commissioner Bachelet to come in the country to directly talk to victims?,” questioned the group.

In the SONA, Duterte vaunted his administration’s achievement in human rights, specifying protection of the rights of children and the right against discrimination.

“Our achievements along these lines have been extolled by an overwhelming number of our fellow member-States in the UN Human Rights Council, during its recently held 44th session last June,” said Duterte.

“Rest assured that we will not dodge our obligation to fight for human rights,” added Duterte.

Bachelet said the war on drugs was carried out “without due regard for the rule of law, due process and the human rights of people who may be using or selling drugs. The report finds that the killings have been widespread and systematic – and they are ongoing.” The High Commissioner also mentioned only one case where there were convictions of police involved in drug-campaign related killing, that of the case of 17-year old Kian delos Santos.

Department of Justice Secretary Menardo Guevarra rejected the UN High Commissioners concerns and said that the report’s claims “find no anchor in a system that provides every avenue to examine, establish and pursue a claim of wrongdoing by a State actor, if such claim is substantiated with facts.”