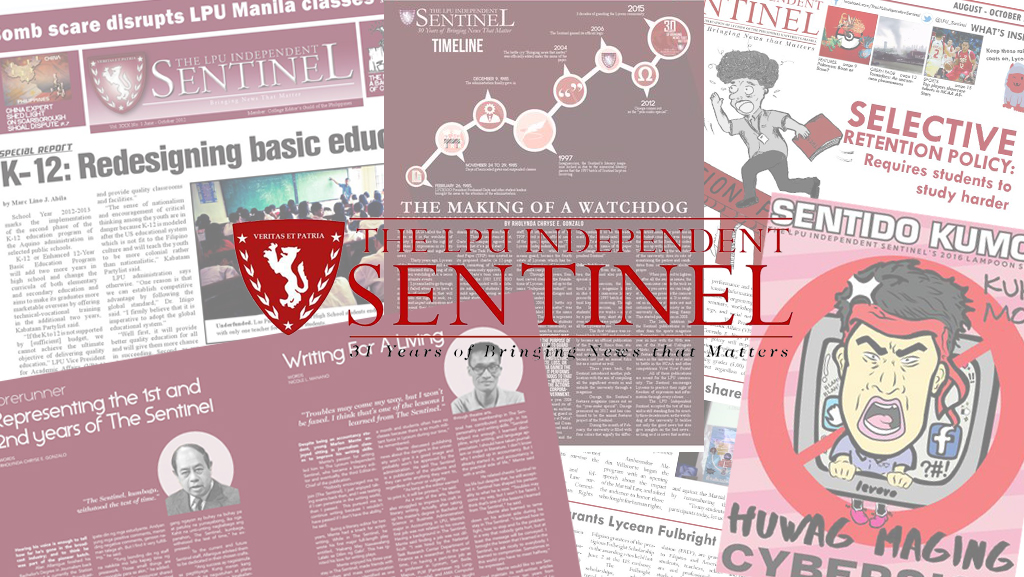 In 1943, Jose P. Laurel took on the herculean task of heading the Second Philippine Republic under the Japanese Occupation. It was a perilous choice that would desolate his place in history books that eventually branded him as a collaborator and traitor. He chose political suicide to ensure the survival of the nation. Among the nameless thousands of Filipinos that his sacrifice saved was Manuel A. Roxas, who would later head the post-war reconstruction government.

The strength of character to follow the path of self-immolation would live on in his son, Salvador “Doy” Laurel. He would make the ultimate sacrifice for democracy by giving up his nomination as the standard bearer of the opposition party against Ferdinand E. Marcos during the 1986 Presidential snap elections. The seasoned and respected public servant stepped aside for the inexperienced Cory Aquino in the name of galvanizing the political opposition.

Like his father and brother, Sotero “Teroy” Laurel would display the same audacity as a statesman. In 1991, he was one of the Magnificent 12 Senators who had the courage to vote against the majority of Filipinos who wanted the US Military Bases to remain in the Philippines. He was a powerful voice of dissent, espousing independence and self-determination despite the easy route of reliance and subservience to American military dominion.

The Laurel family has been a vanguard of freedom through generations. They are true sentinels of dissent, choosing the road traveled only by the great. Even when Jose and Teroy founded Lyceum of the Philippines University, they would challenge the state of affairs. Whereas other more prominent universities would lean left, centre or right, Lyceum fostered debate. The ideas of Claro M. Recto, Jovito Salonga, and even Jose Ma. Sison all danced in glorious cacophony at this cradle of critical thinking.

So it is hard to not be overcome by a sense of disillusionment with the Laurel Legacy now that the university administration has planned and decided to take over the student publication, The Lyceum Independent Sentinel. In the misguided guise of public relations, Student Affairs Dean Jayson Barlan, has voiced the administration’s desire for a controlled “renewal and transition phase” for the student paper.

This was an easy annexation. All it took was the removal of the student publication fee, the disenfranchisement of the previous editorial board, and the takeover of the selection process for the succeeding staff. It also helped that the Campus Journalism Act of 1991 has no teeth for implementation and no provision for penalties upon its violation. Except for a sincerely concerned minority, the student body has yet to express strong opposition to this move. The Lyceum Student Government has remained blind and mum on the issue. The word to describe the situation truly is EASY — a word that generations would never associate with the Laurel name.

Character is measured by one’s fearlessness in choosing what is right no matter how arduous, how grotesque, even when the path leads to self-destruction. Jose, Doy, and Teroy were the voices of dissent when there were popular choices unmistakably easy. These formidable Laurels had earned through their struggles and actions, laurels of character.

So as the Student Affairs Dean leads this administration’s “renewal and transition phase” of what is supposed to be an independent student paper, perhaps there should also be a “renewal and transition phase” for the whole university. Lyceum can cease pretending that it is still a sentinel of free, independent thinking. Perhaps it is time to admit that it has become a booming business, a towering corporation, a diploma factory where mindless drones are manufactured. Veritas et fortitudo? Truth and courage? Those principles are but letters on a logo, made by the university’s marketing department then splashed on flyers, brochures, and uniforms without meaning or soul.

The troublesome voices of dissent and debate in the university have been silenced. The spirits of the great Laurels no longer walk, argue, and dispute within its halls. One day there will be other Joses, other Doys, other Teroys. However, their reincarnations will definitely not come from Lyceum — where freedom, integrity, courage, and character is dead.

We truly live in a time when opposition is no longer welcome. 1984 has come.