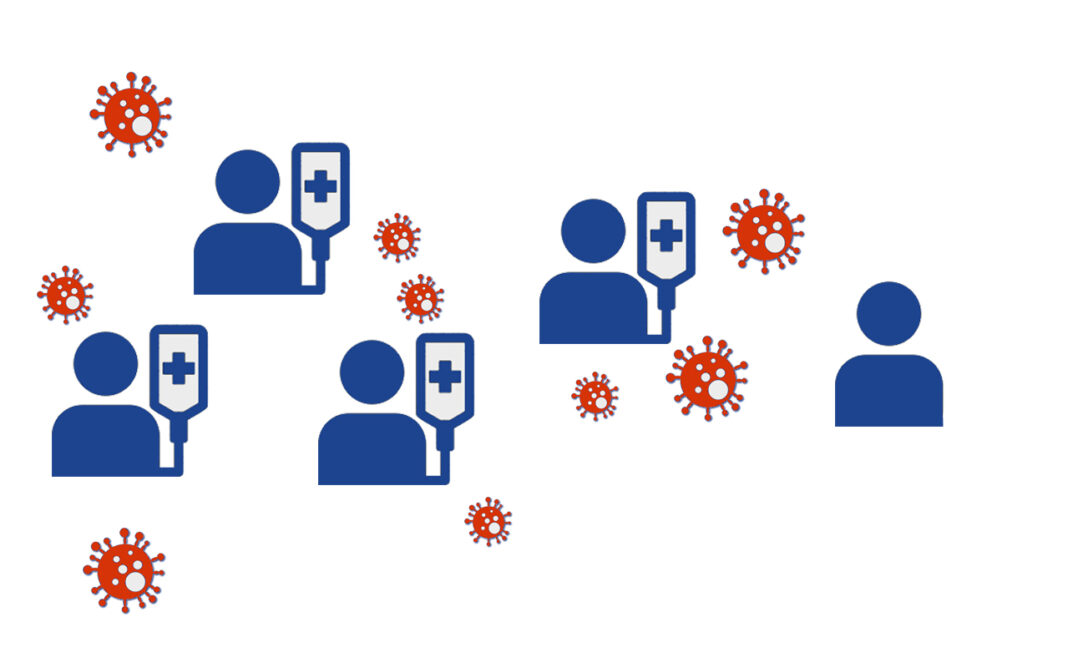 The COVID-19 highlights the weaknesses of the Philippine government in battling health crisis. From having inadequate budget for health, to having incompetent government officials, up to having incoherent and obscure policies to tackle the outbreak.

Despite the country’s past experiences of health crises such as with the SARS in 2003, the government seems to be ill-prepared in dealing with COVID-19. Filipinos were left with uncertainties in terms of the social and economic impact of the community quarantine that government burdened them with as the crisis progresses. 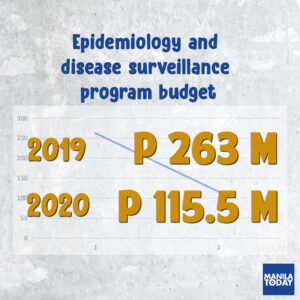 As reported from 2016 to 2019 alone, the total budget for the public health programs has been significantly reduced to 15% to 28%.

The funding for the epidemiology and disease surveillance program, which monitors, investigates, and analyzes disease outbreaks, has been slashed from P263 million in 2019 to P115.5 million in 2020. This is despite the emerging threats of outbreaks such as measles, polio, and dengue last year making health care services more inaccessible to the people especially to the poor.

In fact, health budget for the year 2020 even failed, at the minimum, to meet the WHO’s requirement for a well-functioning healthcare system which resulted to lack of proper and adequate health care facilities, poorly maintained equipment, insufficient medical supplies. 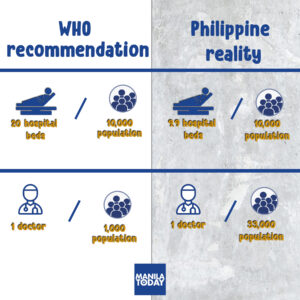 It also registered understaffing in comparison to WHO recommendation with an estimated ratio of 1 doctor per 33,000 population and 9.9 hospital beds for every 10,000 population.

Without further discussion on how health programs are underfunded, the current situation only proves the impact of the budget cut to one of the key sectors of the country; showing how this government neglect its duty to provide efficient and accessible health care service to the people. This is where the government has failed big time.

COVID-19 crisis and the government

The World Health Organization (WHO) says that mass testing and tracing must be the backbone of the government response to COVID-19. But the government focuses on community lockdown entrusted to the military and police instead of setting up community-based triage headed by health workers. This strategy, though important in battling the virus, is a blatant careless act from a government who has a capacity to fund mass testing for early detection. This is where the call for President Rodrigo Duterte to realign its confidential and intelligent funds to COVID-19 budget came from. But the government seems to wait for local and international donation instead.

The government restricts movement of people but fails to provide social and economic relief for those who will be greatly affected. And the past week shows us the inefficacy of the whole lockdown process. This response, though could have helped us, actually defeated its own purpose by instilling fear and confusion to the people. In the end, it brought us to a more a chaotic scenario.

From having the first case of local transmission and only three cases in the first week of March, it has now jumped to 307 COVID-19 infected patient with the current mortality rate of less than 8%.

According to the DOH, one of every five tested resulted to positive for COVID-19. There were 1,399 tests conducted so far.

The nation which the government’s Department of Health once tagged as a model country for COVID-19 response is currently under state of calamity due to ineffective measures carried out by incompetent officials.

People at the ground

Amid the frustrations coming from the people, some LGUs show progressive plans in carrying out the futile policy of the national government in combatting the COVID-19.

On the other hand, while some are satisfied with how their local officials address their needs, a lot of people complain the incompetence and anti-people policy of their LGUs.

Few are amazed, a greater population is disgusted.

The disparity between the two kinds of governance; the governance grounded in compassion and empathy towards the people and the governance which root from the rotting politics of popularity; pose an impression that we are the recipient of our own political decision. As some says, “sana all kayo ng sana all nasa Pasig, galingan nyo kasi ang pagboto next time.” And this realization also applies on how satisfied are we on the governance from the national level.

It may seem anti-people to pass the guilt to the masses given that it is the government who actually fails to give what it genuinely vowed to the nation, but the current situation proves that we owe our fate only to ourselves. This is to show people that we are now reaping the fruit of our complacent stand to government incompetency, corruption and anti-people policies; the fruit of our decisions on the past election, the fruit of our apathy to challenge the government for better policies and programs, the fruit of being comfortable with our own situation while disregarding the plight of more than 10 million Filipinos living on a hand-to-mouth income. Our situation is the fruit of our own divisive nature which separate us from the reality.

The COVID-19 crisis, though new to all of us, could have been controlled better, if we have chosen a compassionate leaders then, if we, along with others, stand for social justice. This may not be our situation if we have fought for a greater budget for health or for competent health chief. Amidst the pandemic, the people may feel safe and confident, if we know that we have done better before it started.

But this is not to excuse the government for its culpability. This is not to tolerate incompetence. This crisis should teach us a valuable lesson–that we, the people are the government. We should start sowing seeds of whatever fruit we want that we and the next generation will reap. And I believe we deserve a better government– a pro-people government. We all deserve a competent leader who could protect us in this trying time. Leaders who show compassion not fear to its people. Leaders to whom we can entrust our children’s future.

For now, let us just hope that in the next days, all will be well.