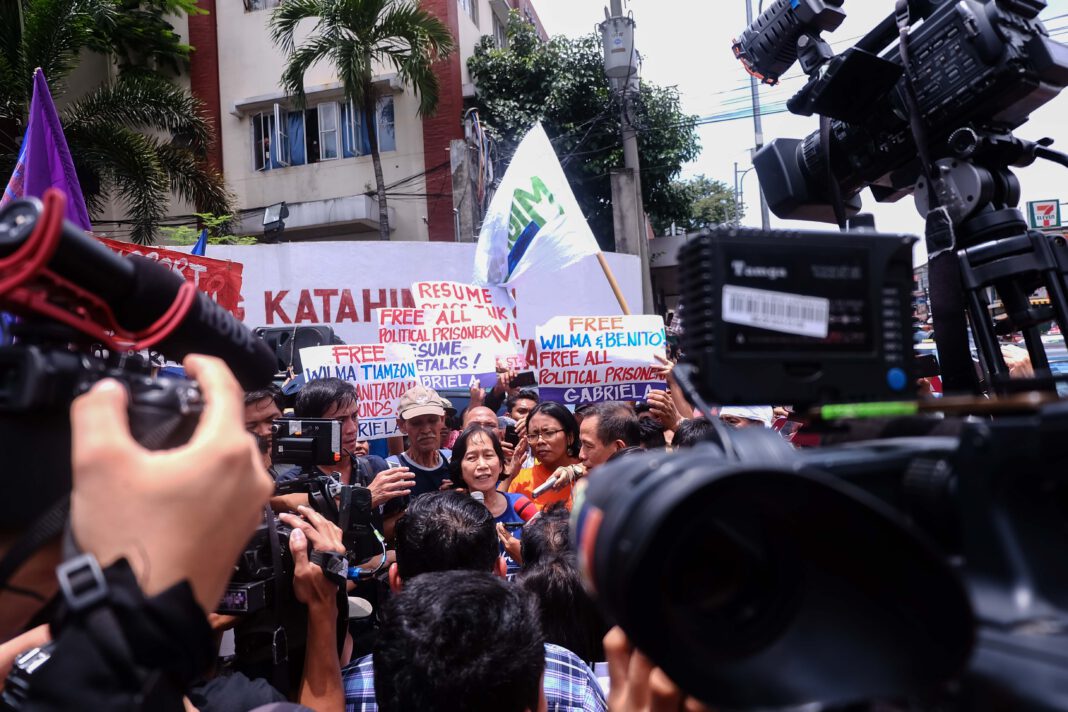 Days before the resumption of formal peace talks between the Government of the Republic of the Philippines (GPH) and the National Democratic Front of the Philippines (NDFP), NDFP consultants, Benito Tiamzon and Wilma Austria-Tiamzon finally released on bail from the Philippine National Police (PNP) Custodial Center in Camp General Rafael Crame at around 11:20 a.m. today.

Before this, militant organizations under Bagong Alyansang Makabayan (Bayan) and human rights group Karapatan led hundreds of supporters of the Tiamzons trooped to Gate 2 in Camp Crame this morning to call for their immediate release.

Protesters insist that the warden of the PNP Custodial Center, Arnel Apud is delaying the release of the Tiamzons as he insists on receiving a hardcopy of the resolution from the Regional Trial Court of Laoang, Northern Samar despite the court affirmed that they have e-mailed the copy of the release order.

Benito and Wilma Tiamzon were arrested in March 2014, days before the 45th anniversary of the New People’s Army in Aloguinsan, Cebu over numbers of trumped-up charges filed against them.  The couple are set to attend the formal peace talks in Oslo, Norway starting August 22.

As of press time, the NDFP consultants released on bail are: