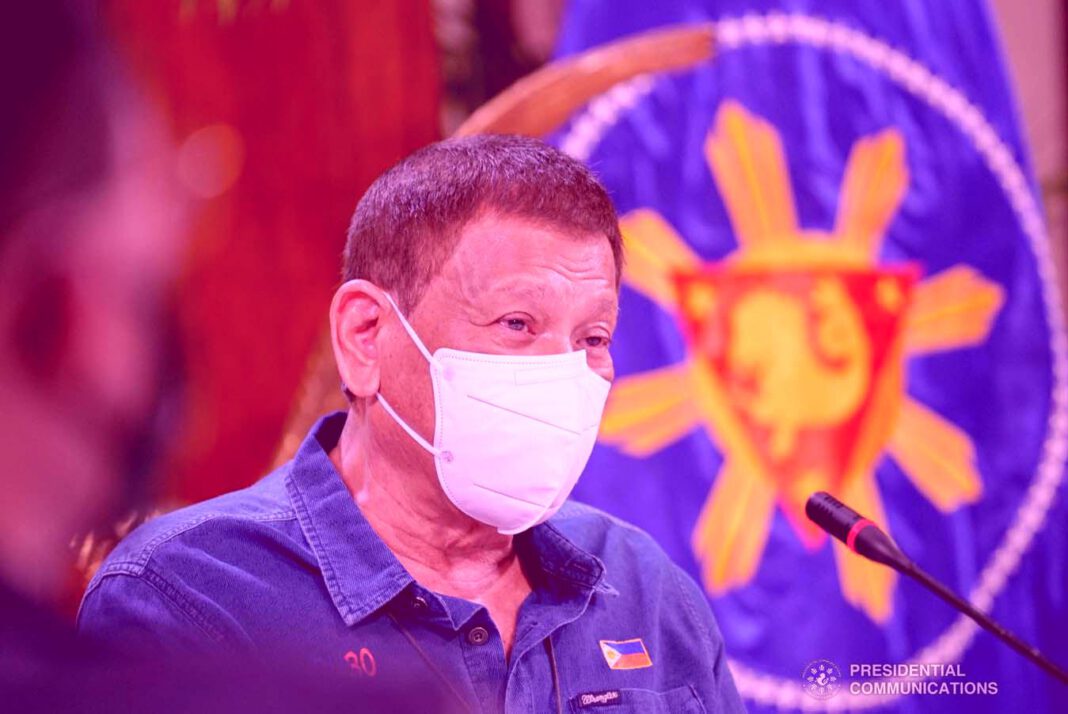 The latest reaction of President Rodrigo Duterte in response to the appeal of the doctors for “time out” as them asking for revolution which would give him the ticket to stage a ‘counterrevolution’ is leading toward his long desires and eventual declaration of a nationwide martial law.

The doctors wanted a “time out,” including the return to enhanced community quarantine (ECQ) in Metro Manila, but most especially a “time out” – away from the government’s pase of no plans yet of recovery. Metro Manila has been under general community quarantine or GCQ since June 1 and Duterte has just announced in his public address on July 31 that the region would stay under GCQ for the next 15 days or two weeks. GCQ was once the “new normal”, until they introduced a lesser strict form of quarantine with the modified GCQ to MGCQ. The country has been under varying regimes of military lockdown or militarized quarantine since March 15, or more than four months.

Duterte and the IATF had been boasting of improvements in the COVID-19 situation in the country, boasting of the COVID-19 response, projecting the capital region’s eventual transition to MGCQ—so this is a setback, most likely, in their press or public relations. But the COVID-19 that even ordinary people can see from the Department of Health-confirmed (not total) numbers shows that the situation is getting worse – hospital beds almost at full capacity, more sick health workers, thousands of cases daily and increasing total and active cases—like no light or end of the tunnel in sight still.

Duterte, after so many ramblings in his midnight address, reverted Metro Manila, Bulacan, Cavite, Laguna and Rizal to modified ECQ, still a lockdown with 100% stay at home, no public transport, closure of many businesses and reinstallation of military and police checkpoints, from August 4-18. He gave the people less than 24 hours to prepare.

From this, It appears that the knee-jerk response of Duterte and the IATF is to shift us from GCQ, MECQ and ECQ until a still unknown vaccine could be administered to the Filipino people. The lack of vaccine is the government’s alibi for their failed pandemic response despite hundreds of billion pesos already spent and hundreds of billions more loaned and/or spent. The lack of vaccine would be the excuse for the continued failing response.

The plan of IATF is an unlimited quarantine. But the IAFT cannot control the people’s anger due to hunger. The hungry people will not stand still but to rise and empower themselves and eventually use their innate and legitimate rights to restore decency and order in this time of pandemic and the Government’s inutile and incapability to handle the crisis. The majority members of IAFT are not healthcare workers, they are only expert in counter-insurgency and “saving” public funds.

The last option of President Duterte is to impose martial law. Martial is not needed if only the Anti-Terrorism Act of 2020 has not opposed by the people.  The future of the Anti-Terrorism Act is uncertain and Dutrte is running out of time to appease or silent the people. The forntliners are now crying for “time out” which is obviously adding to the crisis which the government must address.

Duterte accused health workers of calling for “revolution” to discredit the legitimate demand of the doctors and other health care workers instead of squarely listening to them. A person who has good and proper of hearing did not hear a word of “revolution” from the doctors in their webinar. Where in heaven Duterte heard of revolution.

Actually, he is hallucinating. He is likely looking at the doctors’ face and seeing red, seeing them as NPA (New People’s Army). He has the thinking, as did the law he declared urgent than any COVID-19 recovery plan, that a person who raised a legitimate grievance is an “NPA”. Through his warmongering, he promises a “counterrevolution,” which he is already doing against revolutionaries like the NPA.

In the light of the grievances of the health care workers, the Duterte regime is afraid of a very dismal consequence for their hold or stay in power. If the health care workers will stop to render their services or if the health system breaks down amid growing and alarming increase of COVID-19 cases, the mass of people would think of a solution beyond the IATF can offer. They will call for the resignation of the IATF and including the president. It would be a people’s upheaval.

To counter such unfortunate circumstances, it is not unlikely Duterte will declare martial law and implement a massive crackdown to silence the people and hold power beyond 2022. He has already created his military junta represented by his cabinet filled with retired military generals. It is easy for them to hostage the Senate and Congress to bless his martial law. The Supreme Court would be rendered lost, when it cannot heed the petitions of the people against the Terror Law.

The Churches will not be divided again, which Duterte would like to divide, when a “people power” would emerge as a viable and legitimate option to the pandemic and the “inutile” government.