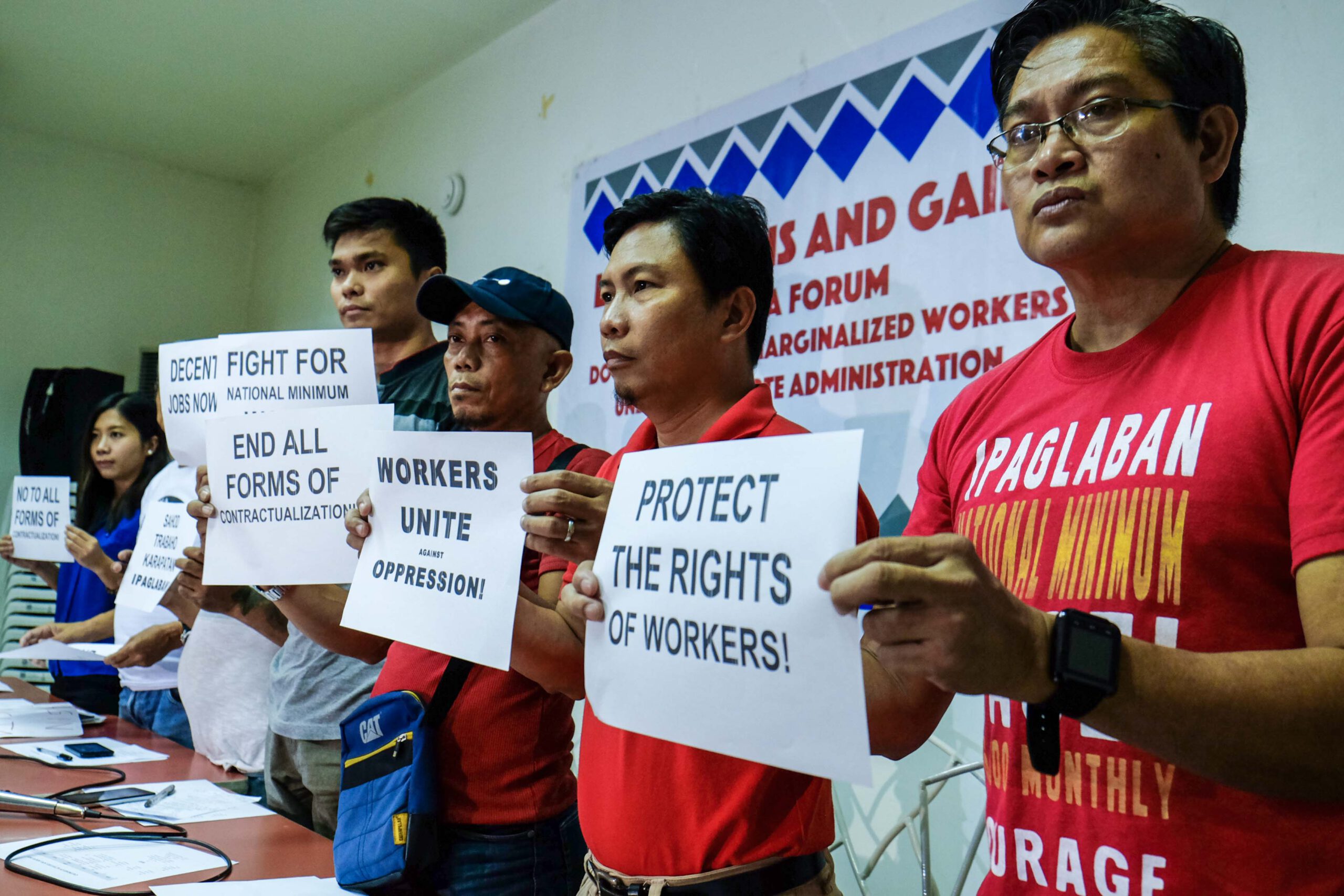 Adonis made the statement in relation to the labor data presented by Rochelle Porras, Executive Director of labor research center Ecumenical Institute for Labor Education and Research (EILER) during the said forum.

According to Porras, workers continue to suffer ‘slave-like’ conditions. In a presentation, EILER said that the average labor productivity per day of workers in the National Capital Region (NCR) is worth P2,554 in 2013 while the computed family living wage needed to live decently is P1,119. The labor research center computed that the living basic pay in 2015 is pegged at P750, just enough for the workers to survive a day on a budget but the minimum wage remains P481 a day for workers in the NCR and much lower in other regions.

In addition, EILER claimed contractualization is worsening in the country.

In EILER’s estimate, contractual workers are now more than 50% of the employed labor force. In a research the research group conducted, 7 out of 10 construction workers are non-regular workers.

On the other hand, Ferdinand Gaite, Confederation for Unity and Advancement of Government Employees (COURAGE) President presented that government employees are not spared from contractualization and low wages.

DO 174 fails to end contractualization

Meanwhile, Adonis hit the Department of Labor and Employment’s (DOLE) Department Order (DO) 174 which he said not only failed to end contractualization but further legitimizes it.

In Section 5 of DO 174, it states that labor-only contracting is absolutely prohibited which exists when the contractor or subcontractor (1) does not have substantial capital, (2) does not have investments in the form of tools, equipment, machineries, supervision, work premises, (3) it’s employees recruited and placed are performing activities which are directly related to the main business operation of the principal, and (4) does not exercise the right to control over the performance of the work of the employee.

DO 174 was signed on March 16, 2017 by DOLE Secretary Silvestre Bello III despite opposition of labor groups and counter-proposals.

Adonis narrated that they have held several dialogues with Sec. Bello and even with President Duterte and presented a draft DO that will ban all forms of contractualization, but both failed to act on their proposals.

KMU is set to lead thousands of workers on Labor Day, May 1, to press the Duterte administration to end all forms of contractualization, call for regular jobs, living wages, social justice and just peace.